The Release of the 1921 Census

The 1921 census was released by Findmypast (in association with the National Archives) for public viewing on 6th January 2022.  This is the last hurrah of the census.  The 1931 census was taken but was destroyed in a warehouse fire, the 1941 census was not taken because of the war, and so it is not until 2052 that we can view the 1951 census and again get a portrait of the nation.  Thus the 1921 census is our last chance to comb over the detail for a generation.

The census should have taken place on 24th April 1921.  In an official pamphlet issued by the Registrar General, there was the following paragraph: 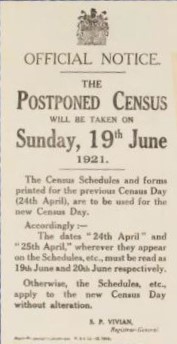 The first census since the war is to be taken on April 24; it is safe to say that this will be the most important yet made in British history.  The war has cut clean across every branch of our national life, broken up and disrupted populations and violently upset all birth, marriage and death rates, so that there is hardly a single question upon which we can look back to the last census figures for any guidance.

But, due to industrial unrest in the form of a coal miners’ strike, the census was delayed for two months.  It eventually took place on 19th June 1921.  The census schedules and forms had already been printed for the April census date, so the official notice announcing the date for the postponed census stated:

The dates “24th April” and “25th April”, wherever they appear on the Schedules etc, must be read as 19th June and 20th June respectively.

This was the first and only census in the UK ever to have been postponed; not even COVID-19 disrupted the census of 2021.

The Role of the Enumerator 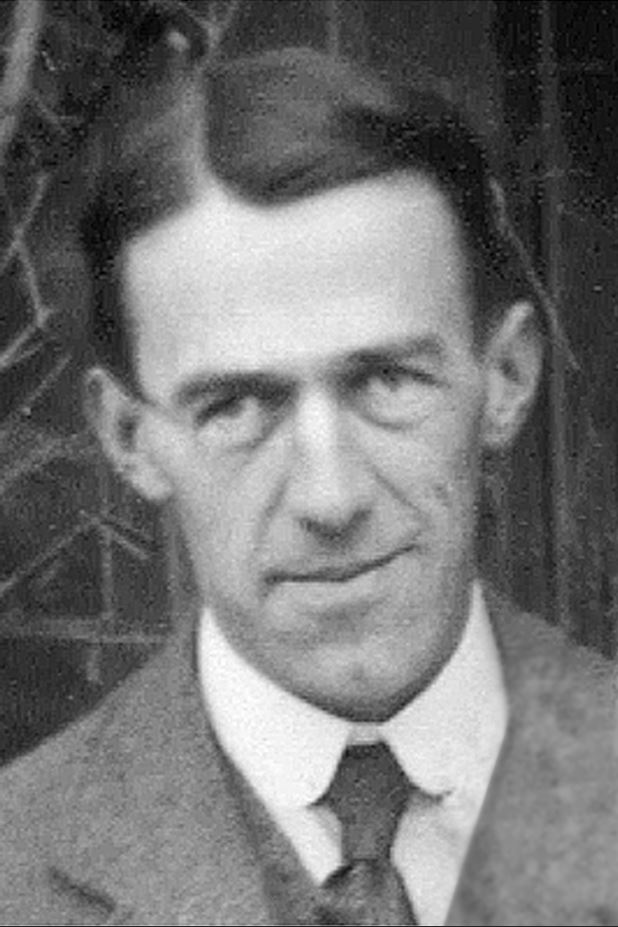 As with the 1911 census, the form was completed by the head of household rather than by an enumerator, so it’s a wonderful chance to see a person’s handwriting.  Before census night on Sunday 19th June, enumerators distributed blank census forms to be completed by each household in the country.  Frank Edmund Amos, the Headmaster of Badsey Council School, was the enumerator for Badsey and Aldington.  He is not specifically named as such on the cover sheet but, in the bottom left-hand corner of each census form, there is a box for enumerator’s initials where the initials "FEA" appear.

The School Minutes Book confirm that he was involved.  The entry for 8th June 1921 reads:

Census – School ordered to be closed all day on Mon 20 Jun on account of the Headmaster being engaged in connection with the forthcoming census, which was previously adjourned.

Mr Amos was also keen for the children to understand why the census was being taken, as the Log Book of 17th June 1921 reveals:

The name of the enumerator in Wickhamford is unknown, only his initials:  EJB.

Before handing out the forms, the enumerator had to enter the details of the name of the person responsible for making the return and the postal address.  Where there was more than one household in a dwelling, the head of each separate household had to complete a form.  The estimated number of families for each parish was:

With regard to the question asking about the number of miles which would be traversed within the enumeration district between the first house and the last in the collection of the schedules, Frank Amos entered nine miles, which covered both Badsey and Aldington (in Wickhamford, the enumerator put down five miles).  The area covered for each parish was as follows:

Wickhamford – “The whole of the Civil Parish of Wickhamford, including Wickhamford Manor and Cottages near, Houses on the Broadway Road, Whitfurrows, King’s Bungalow, Mill House, Field Farm and Cottages, The Homestead, Carrig (on Longdon Hill) and Gardener’s Cottage on the Evesham Road."

On the front cover of the schedule there was a whole host of instructions as to how to complete the form, not all of which were properly understood.

The completed forms were collected the following week, which was why the school was closed on Monday 20th June.  We know that he had some help in collecting the schedules as his friend, Charles Binyon, wrote in his diary on 20th June:

The enumerator then checked and processed the schedules, making amendments if he deemed it suitable. The forms were then passed on to the registrar of the district who, in turn, packaged them up for the Census Office in London.  The schedules were bound i nto hardback volumes. Census Office clerical staff went through every census return, annotating them with occupational codes and sometimes making revisions in their distinctive green ink.

An article entitled “Numbering the People by mechanism – modern census methods unknown to David and Joab” appeared in The Illustrated London News of 18th June 1921, explaining to its readers how the population was to be counted. 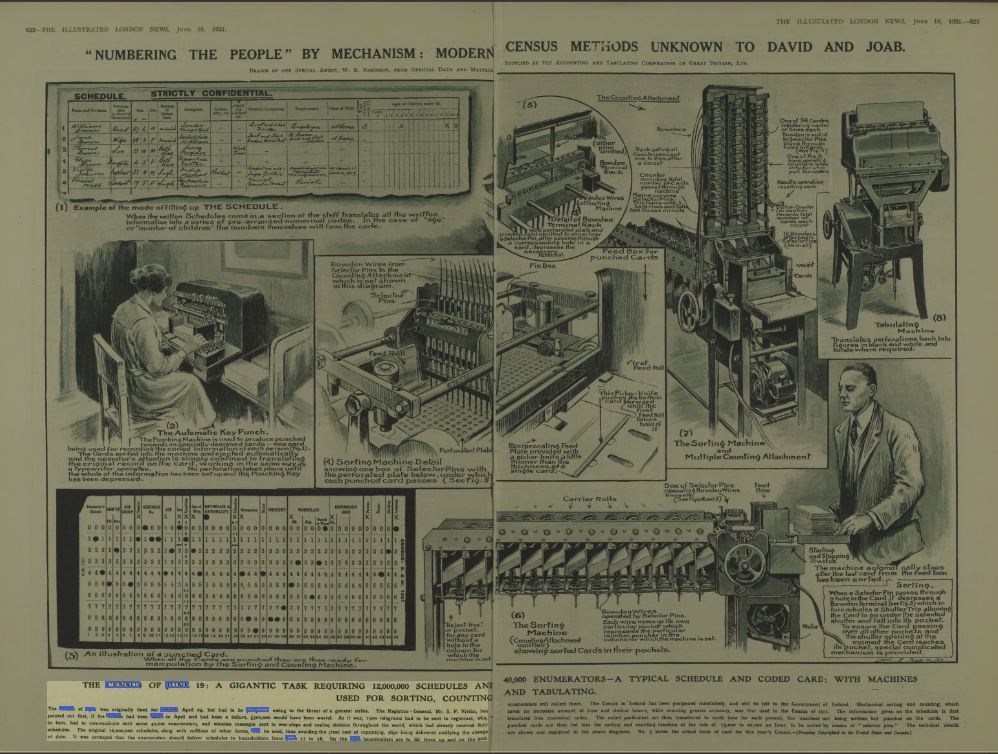 A taskforce of nimble-fingered young women, mostly aged between 15 and 17 and known as ‘punchers’, extracted information about each person on each census return on to tabulation punch cards.

Comptometer operators then fed the punch cards into sorting and counting machines, which digested them and spat out the raw data that later became the 1921 Census. 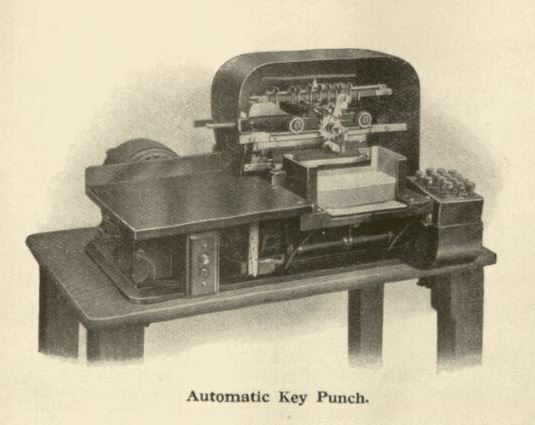 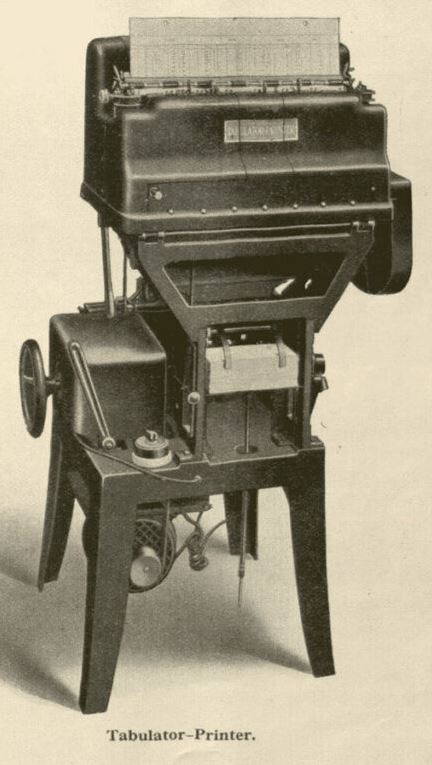 The 1921 Census was closed by law (under the Census Act of 1920) for 100 years and the catalogued and bound census returns sat in government department storage.

How did Findmypast digitize the 1921 census?

In preparation for the release of the 1921 census, the contract was awarded to Findmypast, working with the National Archives, to digitize the census.  It was the largest mass-digitisation project ever completed by either The National Archives or Findmypast.  It was the result of three years of highly skilled work conducted under strict security measures to ensure all census data remained completely confidential.  The conservation team had to contend not just with the massive task of preparing the census materials for digitisation but also with the unexpected impact of COVID-19 and social distancing. 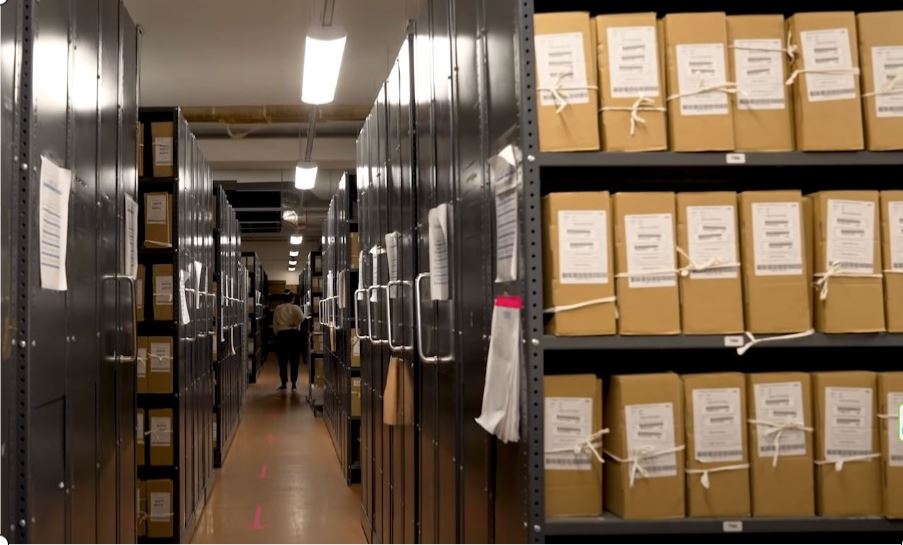 Hundreds of conservation specialists, technicians and transcribers painstakingly conserved, digitised and transcribed more than 30,000 bound volumes of original documents stored on over a mile of shelving. A dedicated studio for the entire process was set up at the Office for National Statistics in Titchfield, Hampshire. There were a little under 14,000 boxes. Each one of those boxes had to be located on its shelf, barcode-scanned, opened, its contents checked and then re-shelved.

The majority of the process was manual. The conservation team reviewed every single volume, schedule by schedule, and assessed each volume. The straps holding each bound volume closed were untied or removed. During that assessment they repaired tears, flattened creases, removed pins and staples and identified mould. A significant number of insects were also found. 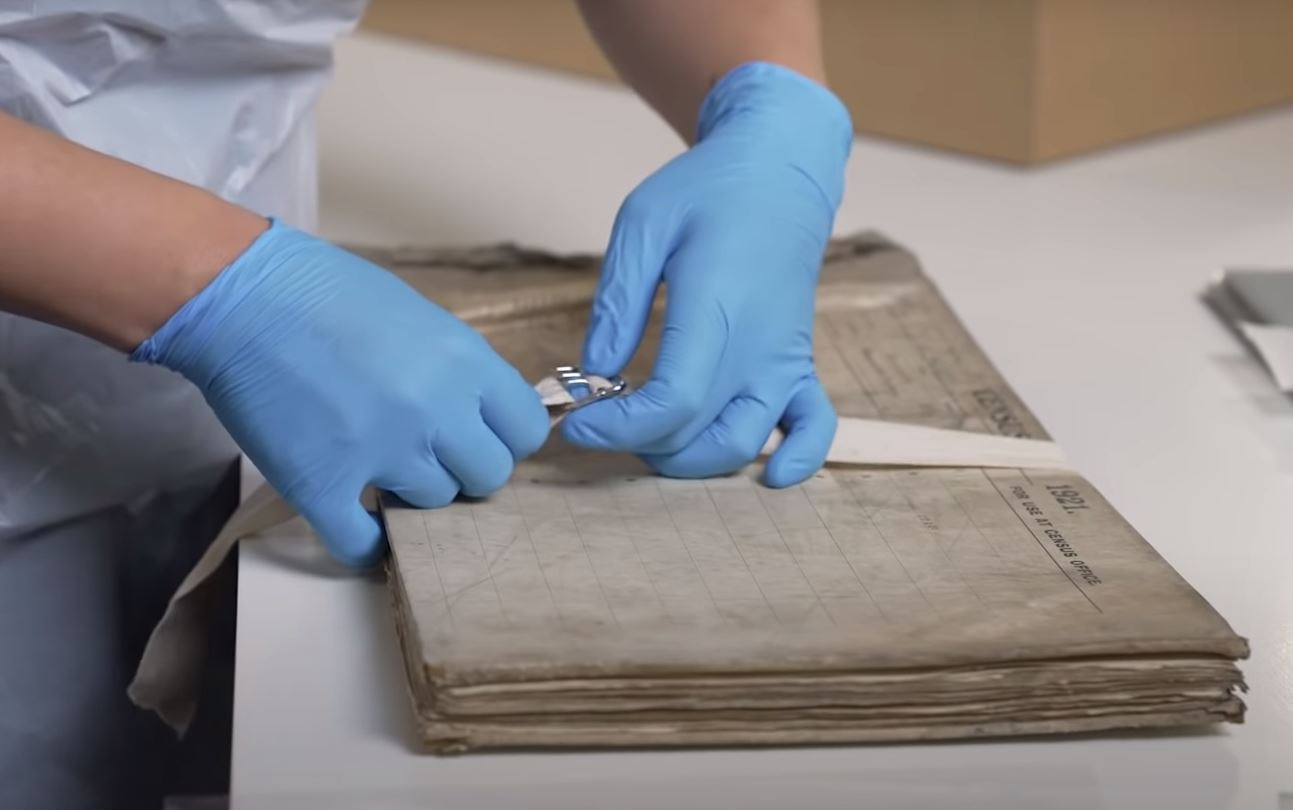 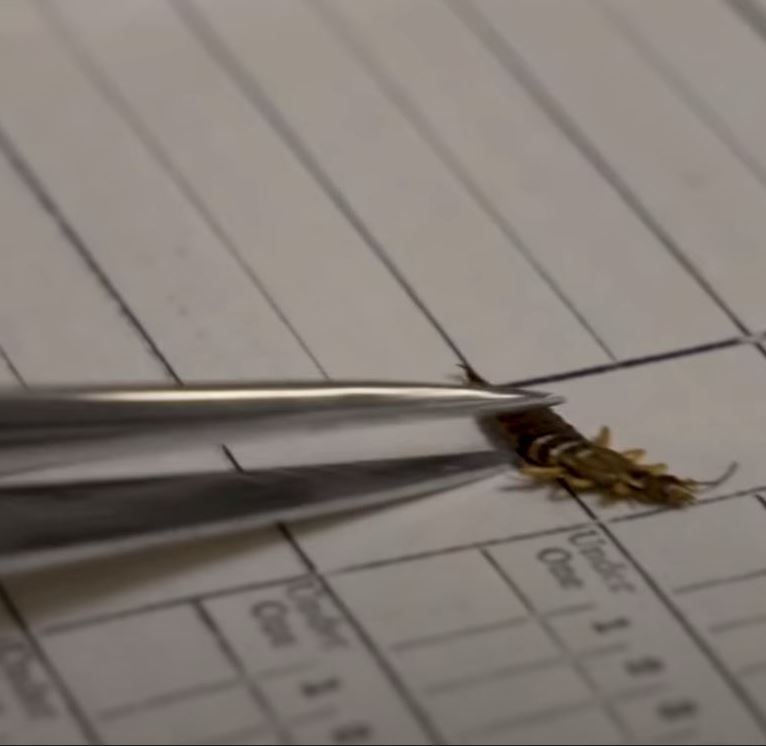 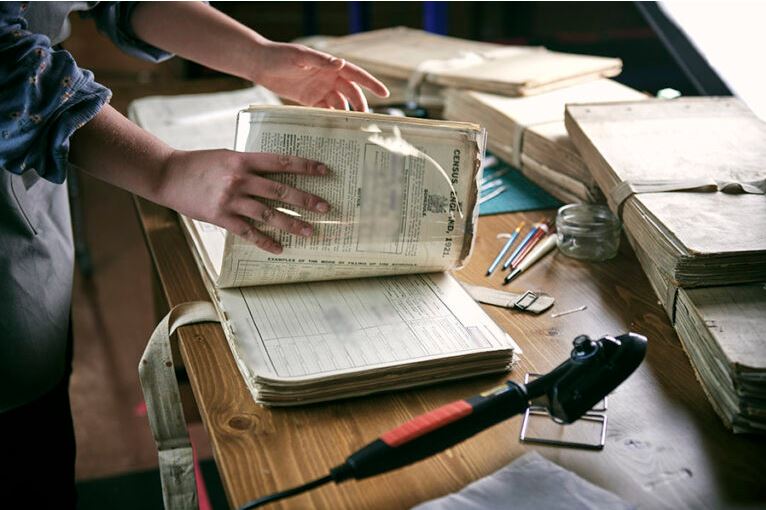 Once these checks were done, the volume was given to a scanning technician who fed the schedules through a sheet-feed scanner, one at a time.  If there was any part of the volume that has been identified by the conservation team as being too fragile, it was captured by an overhead camera.  Particularly damaged or vulnerable schedules were inserted into archival clear polyester sleeves.  Blocked pages (those horribly stuck together by historic mould and damp) were carefully separated and pages consolidated (reconstructed) as far as possible.

How was the 1921 Census transcribed for Findmypast?

On their website, Findmypast says that they worked with a trusted transcription house.  In order to comply with security and data protection regulations, each digital image had to be broken up into segments so that the person transcribing it could not see a whole record or household.  This explains why you might see various spellings of the same surname or street address on one record, because it has been transcribed by multiple people without the context of the whole record.

Findmypast’s aim was to deliver a 98.5% accuracy rate but, due to the secure nature of the 1921 census project, the period of time in which they had been able to access and review the data ahead of launch was limited and thus were unable to conduct the same level of quality assurance check they would normally apply to such a major release.

It is to be hoped that The Badsey Society’s own transcriptions of the Schedules are much more accurate.

The Badsey Society has always been pro-active in putting newly-released census returns on to the website as soon as possible.  Despite the Committee having a subscription to Findmypast, this was not sufficient for accessing the data.  Each schedule downloaded would cost us £3.15 (normally £3.50, but discounted because of having a subscription).  As you can imagine, that would have cost the Society a lot of money! 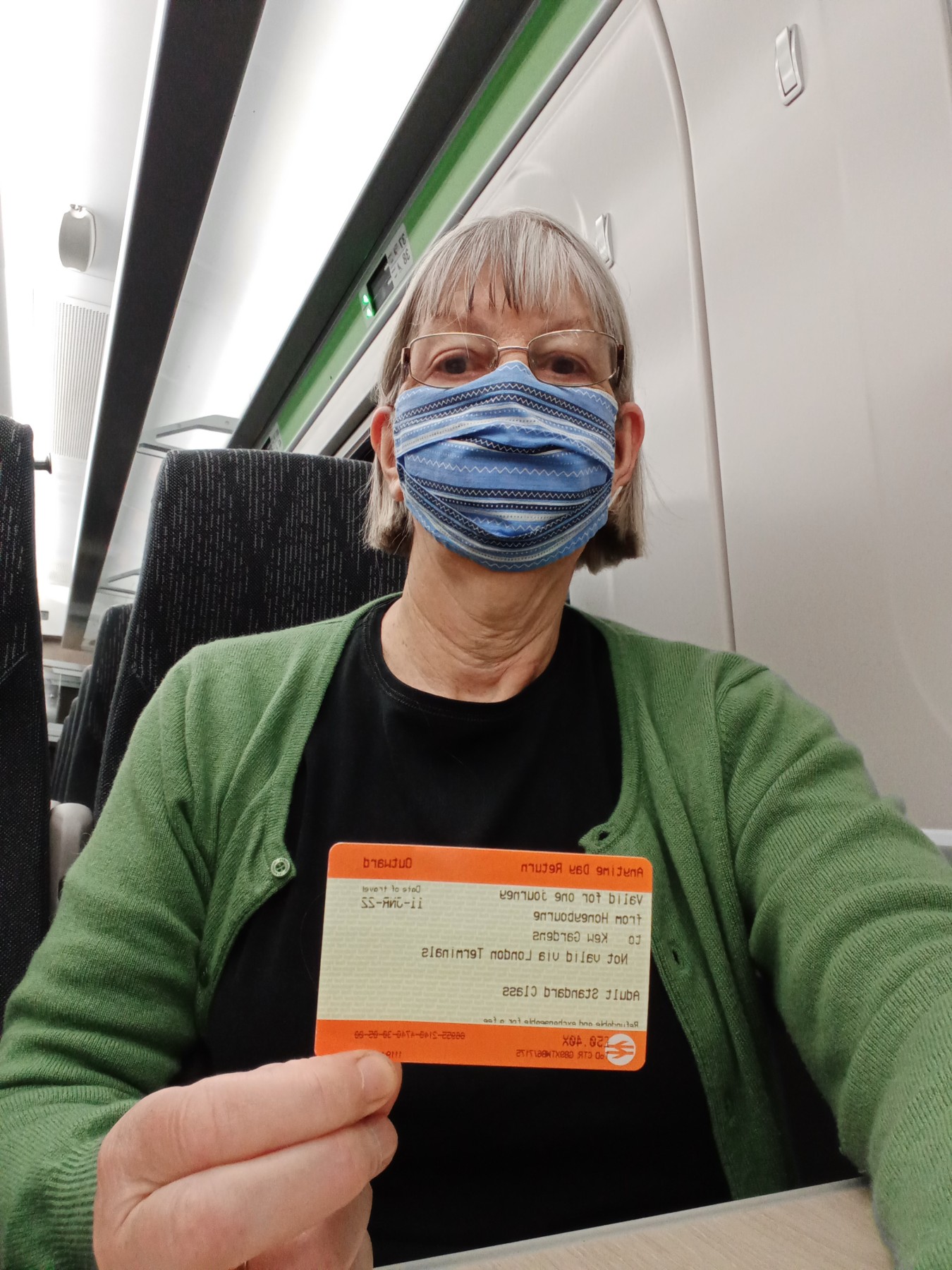 So instead, five days after the release of the census, I was to be found on the first train of the day from Honeybourne heading for the National Archives at Kew where you can view the census for free.  I had been able to do some preparation beforehand using the Search facility without making any payments, so knew how many households to expect.

At Kew, there was a huge room full of computers and several staff available to assist people to get started on the 1921 census.  I searched for a person I knew to be living in the village in 1921, then scrolled back until I came to Schedule 1.  I then worked logically through each parish, downloading nearly 1000 images.  Memory sticks were not allowed, but I was able to send the files to my email address via SendTransfer. 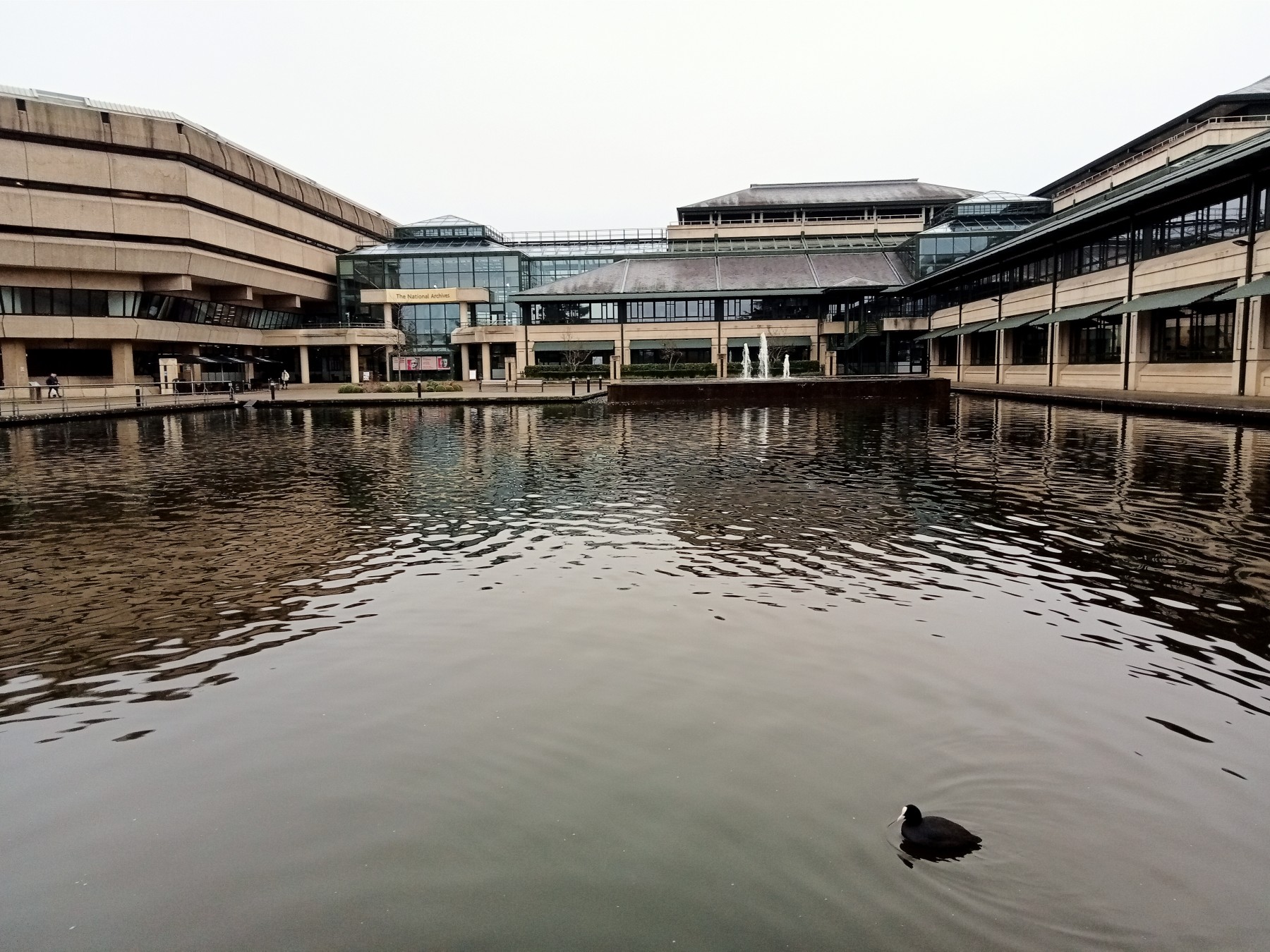 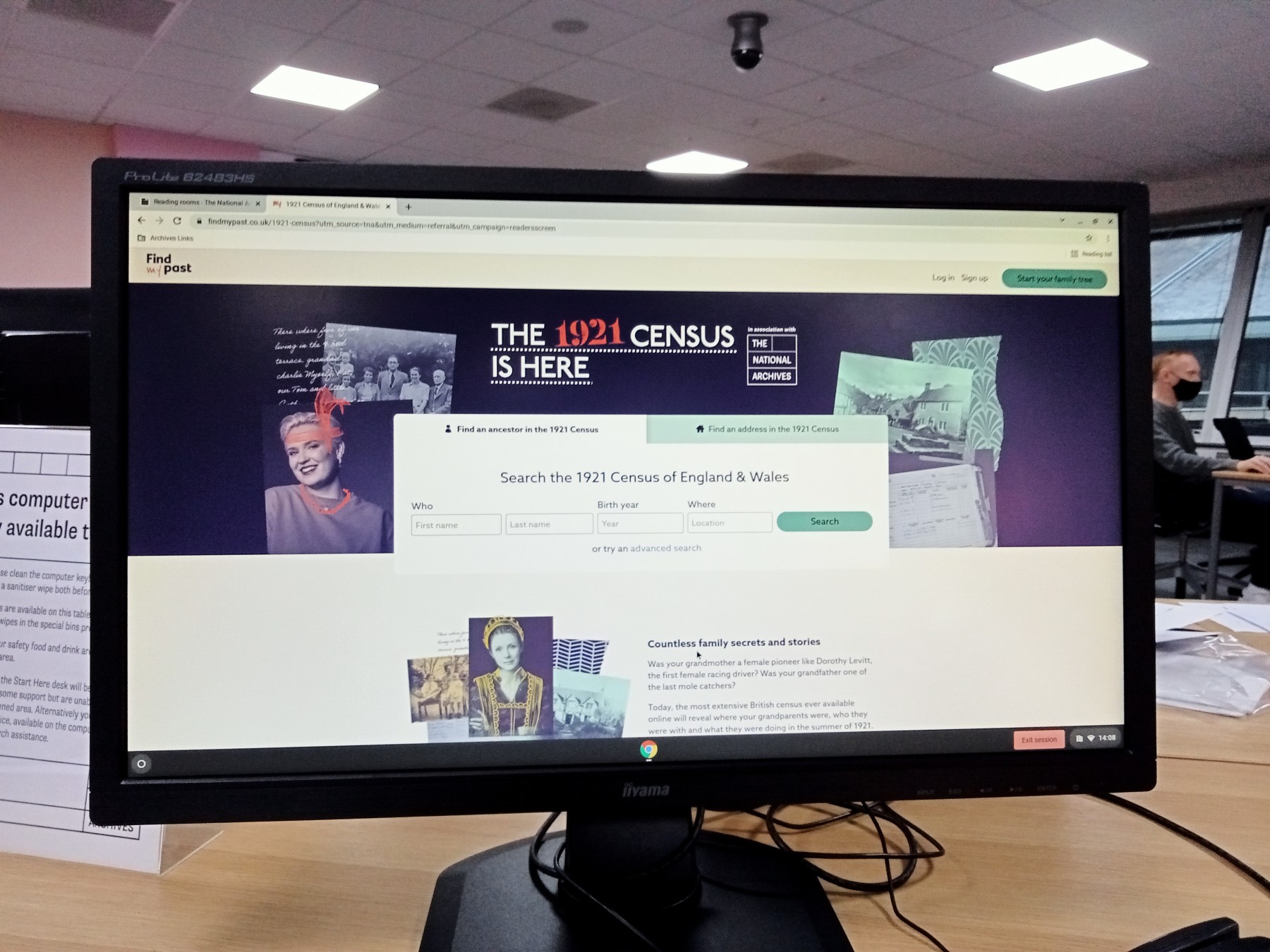 Back home in Badsey, a team of volunteers was lined up to work on transcribing the household returns for Badsey, Aldington and Wickhamford.  They were each provided with a set of schedules and an Excel spreadsheet template.  On completion of all the individual spreadsheets, they were collated into one big spreadsheet, checked, and then sent to Will Phillips, our web designer, to import the details on to our website.

By the end of March 2022, all of our 1921 census records were on the website, with links to previous census returns – surely one of the first places in the country to undertake such a task.

In a forthcoming article, we shall reveal what the census forms tell us about life in Badsey, Aldington and Wickhamford a hundred years ago.

This article is based on a talk given to The Badsey Society on Friday 14th January 2022.