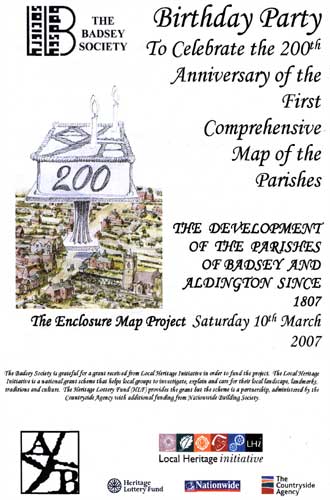 "Now this is not the end. It is not even the beginning of the end. But it is, perhaps, the end of the beginning." Thus quoted Badsey Society Chairman, Will Dallimore, when he welcomed everyone to a birthday celebration at Badsey First School. The special occasion was to mark the end of the two-year long project funded by Local Heritage Initiative to study Badsey and Aldington’s development since the time of enclosure 200 years ago when the first detailed maps of the parish were produced. He stressed, that, although it was the end of the project in terms of the grant money, in many ways it was just the beginning, because there was still so much more to find out about Badsey’s history.

Around 120 guests packed into the School Hall for the bicentenary celebrations. Committee members Ian Gibson and Neil Thould greeted guests with a glass of wine on arrival. Meanwhile, as guests mingled before the start of the programme, talented pianist, Linda Core, entertained guests with music from the early 19th century, which included music by Muzio Clementi (1752-1832), the Italian-born composer who spent the final years of his life in Evesham.

Will Dallimore then introduced Maureen Spinks, Project Manager. Maureen outlined some of the project findings and reminded people of the time two years ago when framed copies of the 200-year-old maps were unveiled. At the same time, a very 21st century perspective was brought to the maps, something that the Enclosure Commissioners and map-makers of 200 years ago could not have begun to dream about. Working in partnership with Worcestershire Archaeological Service, the maps had been digitised making it possible to view the historical maps in comparison with the modern-day Ordnance Survey maps. Richard Phillips thanked Maureen for her efforts in leading the Society in the project and she was presented with a bouquet of flowers by Lizzie Noyes.

Victoria Bryant and Maggi Noke from Worcestershire Historic Environment & Archaeological Service then spoke about their part in the project. Maureen thanked Victoria and Maggi for their contributions and said that it had been a pleasure to work with them over the past two years. And to ensure that they never forgot Badsey, she presented them with an Enclosure Map tea towel, designed by Ian Gibson.

Maureen then handed over to Richard Phillips, without whose expertise Badsey would not have such a superb village website, which must surely be one of the best of its kind in the country. Richard gave a very clear and concise demonstration of how to get the most out of the Badsey website, using Mill Lane as an example.

The evening’s talks were concluded with a presentation by Mike Lovatt about the bridges and water-courses in the village an amazing 31 bridges in the two parishes at the last count. And then, the moment people had been waiting for, the cutting of the cake by special guests, Bernard and Mike Hewlett. Mike and Bernard are the only known present-day Badsey residents who are direct descendants of a landowner marked on the Enclosure Map. Their great-great-great-grandmother, Elizabeth Ballard, owned what is now 5 Old Post Office Lane, as well as some strips of land where the Round of Gras is now situated. Ian Gibson, who designed the cake, produced a family tree to show their descent.

Guests were then free to wander round the exhibition which featured house history displays, over 300 aerial photographs of the village, and clips from the Society’s asparagus and forthcoming orchard DVD. Pupils from Blackminster Middle School and Prince Henry’s High School were available to offer assistance in viewing the Badsey website on the school’s computers.

(Reproduced from the Badsey Society website with thanks to Will Dallimore.) 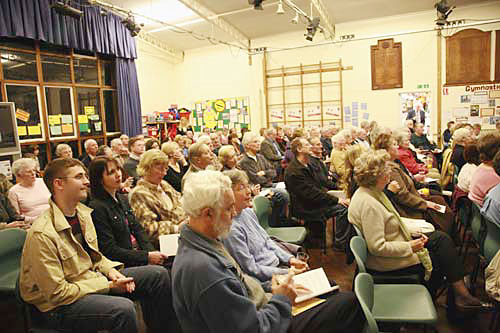 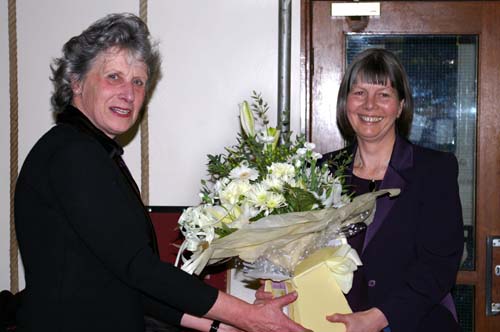 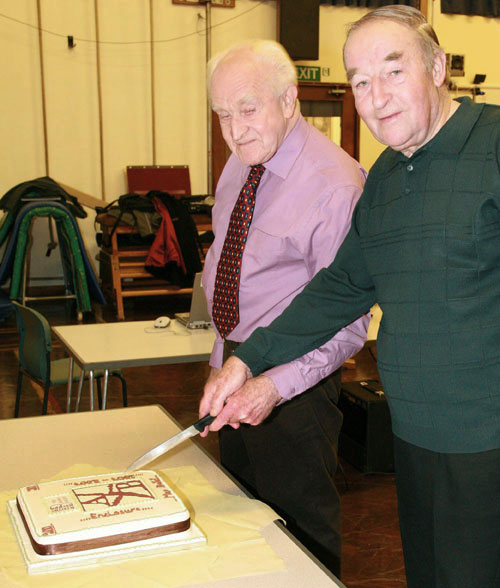 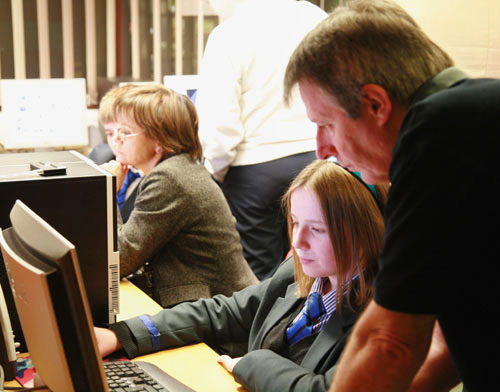 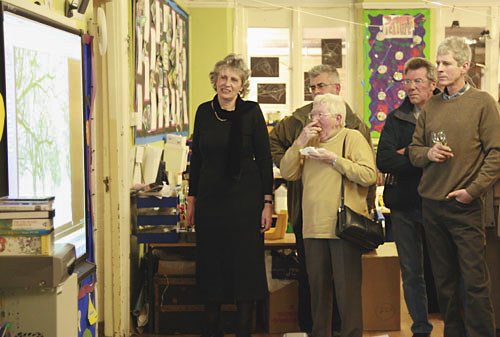 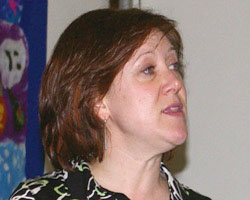 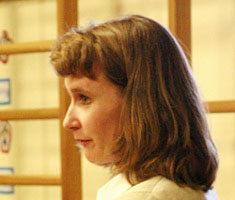