The launch of “The Development of the Parishes of Badsey and Aldington since 1807” took place on Friday 11th March 2005 at Badsey First School.

The evening began with a welcome by Will Dallimore, the Chairman of The Badsey Society (pictured below left), who gave an entertaining illustration of the old measurements of acres, roods and perches, in order to set the scene for the evening’s activities. 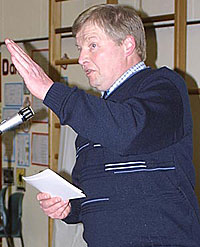 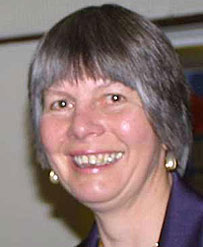 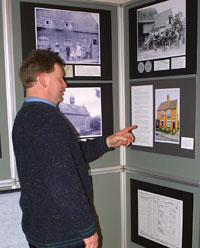 Maureen Spinks, Secretary of The Badsey Society and Project Manager (pictured above middle), then talked in more detail about the project and explained how the Society had come to be involved with the Worcestershire Historic Environment & Archaeological Service and outlined what has been done so far and what the plans are for the next two years. Maureen’s talk was followed by a presentation by Victoria Bryant and Maggi Noke of Worcestershire Historic Environment & Archaeological Service. Victoria (pictured below middle) gave an overview of the Service’s Tithe and Enclosure Map project and explained that The Badsey Society are pioneers, as this is the first time that they have worked with a parish that has enclosure maps rather than tithe maps. Maggi (pictured below left) explained in greater detail about how the digitisation process will be undertaken. 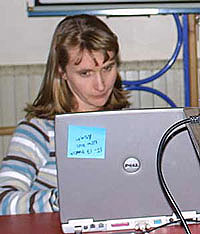 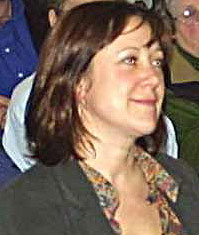 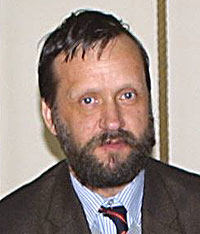 Finally, framed actual-size photographic prints of the maps were unveiled. The Aldington map was unveiled by Robin Whittaker (pictured above right) Archives Manager for Worcestershire Record Office. In his speech, Robin said that he was delighted to be asked by the Badsey Society (a society which he knew from experience to be very active and innovative) to unveil the map. It was the first time he had been asked to unveil anything and he would attempt to do it with as much dignity as possible! Robin then, as keeper of the original Aldington map, formally handed the framed copy over to Yvette Jackson, (pictured below middle) Vice-Chair of Badsey Remembrance Hall Committee.

Yvette, in her speech of acceptance, said that she was pleased to have been invited to the launch to accept the map. She reminded people that an important anniversary for the Remembrance Hall is coming up next year – 50 years since its opening - and that history is not just about buildings that have been around for hundreds of years, but also about events that have happened in living memory. 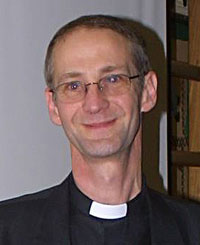 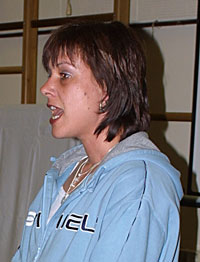 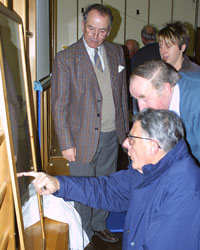 The new vicar of Badsey with Aldington, the Reverend Richard Court, (pictured above left) unveiled the Badsey map. Richard said that as a person who had been in post for only three weeks, he was honoured to be asked to unveil a 200-year-old map. The church has a vital role to play in the community and he was pleased that the map will in due course be on public display in the church. There will be a slight delay whilst all the necessary formalities are sorted.

After the formal proceedings had concluded, people dispersed to view the exhibition, the display boards for which had been very well put together by Richard Phillips. There was also a display of historical deeds which had nearly been lost to the bonfire or skip in recent years, but had fortunately been preserved. They add significantly to the Society’s understanding of various buildings which featured on the maps of 200 years ago.

The audience was also keen to get a closer look at the maps. Local artist, Michael Barnard, (pictured above right pointing at map) cast his professional eye over the Badsey map and was suitably impressed by the high quality of workmanship. 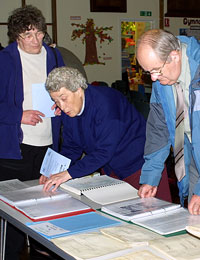 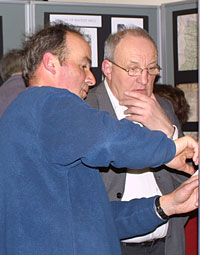