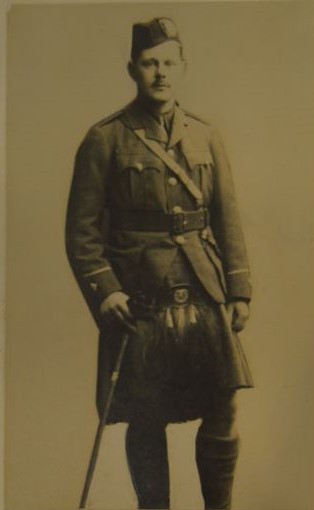 In a letter of 3rd September 1914, Mela wrote to her fiancée, Cyril Sladden:  “Cecil is in the London Scottish.  I wonder how he’ll look in kilts!  Bar thinks he’ll feel rather cold at first – it’s lucky it is summer.  This regiment and George’s are rivals so he’ll tease me worse than ever now about the Scotch.”  In a letter of 12th March 1915 Mela wrote:  “Uncle Harry sent me a photo of Cecil.  He looks awfully well in his regimentals, his expression is somewhat sternly sad although he is smiling.  I suppose it is owing to all he has been through.” 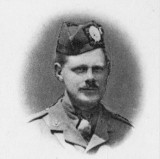