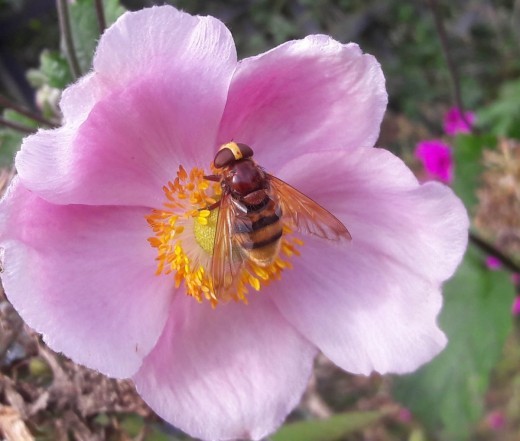 This large hoverfly (Volucella zonaria) was photographed on a japanese anemone in my garden on 8th August 2017. It was one of several nectaring on scabious and anemone flowers and could be found there for a couple of weeks in early August. It is Britain's largest fly and at 25mm long is the same size as the hornet which it mimics. The larvae feed by scavenging in hornet nests so it is good to know there is a nest nearby of this rare wasp. The hornet hoverfly is an example of a species relatively new to Britain and now moving northwards.