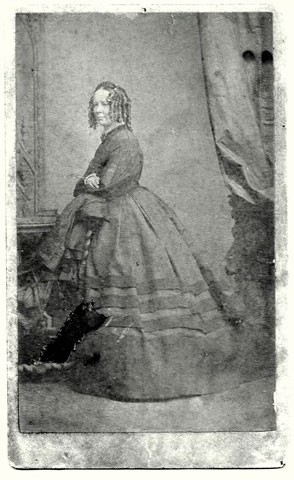 Rose Andrews was baptised in Wickhamford on 13 February 1848. She was the daughter of William and Elizabeth Andrews and the family are on the 1851 census in the village.

According to information on Ancestry, she was the common law wife of John Wormington of Offenham and had as many as nine children between 1869 and 1893 (who had the surname 'Andrews').  She died in Offenham on 26th August 1912.