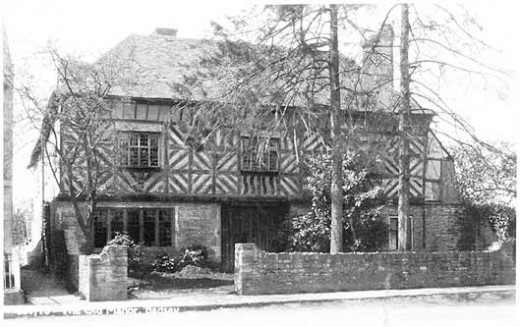 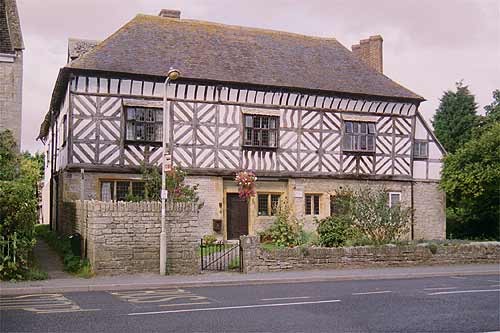 The Manor House was originally a sick-house for the monks of Evesham Abbey and so is sometimes called the 'Seyne House'. In 1320 Abbot Chiriton assigned the profits from certain of his lands at Badsey for the benefit of monks convalescing there.

With the dissolution of the monasteries, Sir Philip Hoby acquired it and rebuilt it as an Elizabethan manor house in the late 16th century. About 1947, Badsey Manor House was divided into two separate houses and some major alterations were made. The old picture shows a coachway that passed right through the middle of the house, wide enough for a horse and cart. The front door of the house was inside this coachway - and not visible on the old picture. The coachway has now been filled in to make an entrance hall for the house on the left.

Here is a photo of maypole dancing on the lawn at the back of Badsey Manor in 1911.

In the final year of the First World War, German prisoners of war were held in the Manor House.

Track Changes uses pairs of photographs to show how Badsey has altered over a period of about 75 years. The old pictures are from postcards sold at Badsey Post Office in the 1920s and reproduced with the kind permission of Pat Goldstraw. The new photographs were taken in 2001.