This is the local section of Ordnance Survey sheet 60 (Cheltenham).  It is a reprint of the first edition of the 1" map which was produced by 'David & Charles' of Newton Abbot.  The original dates from around 1863. 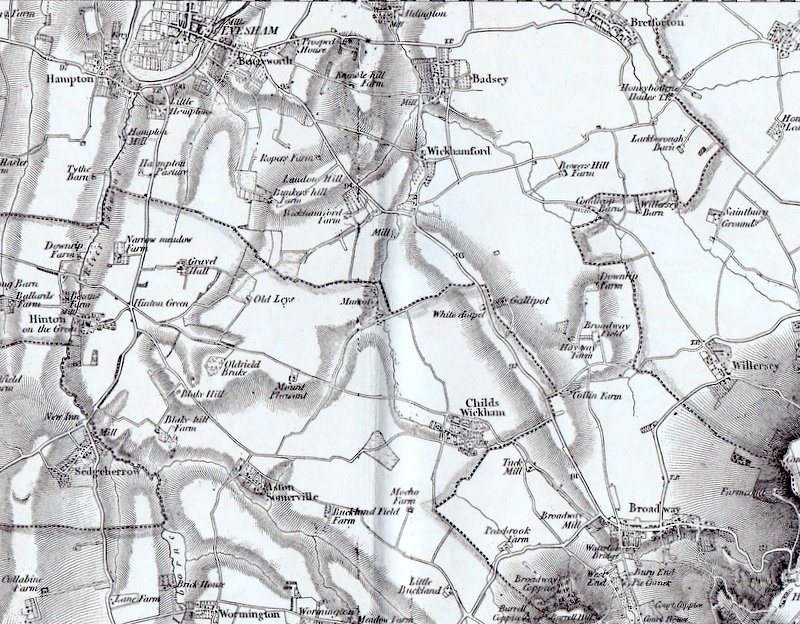