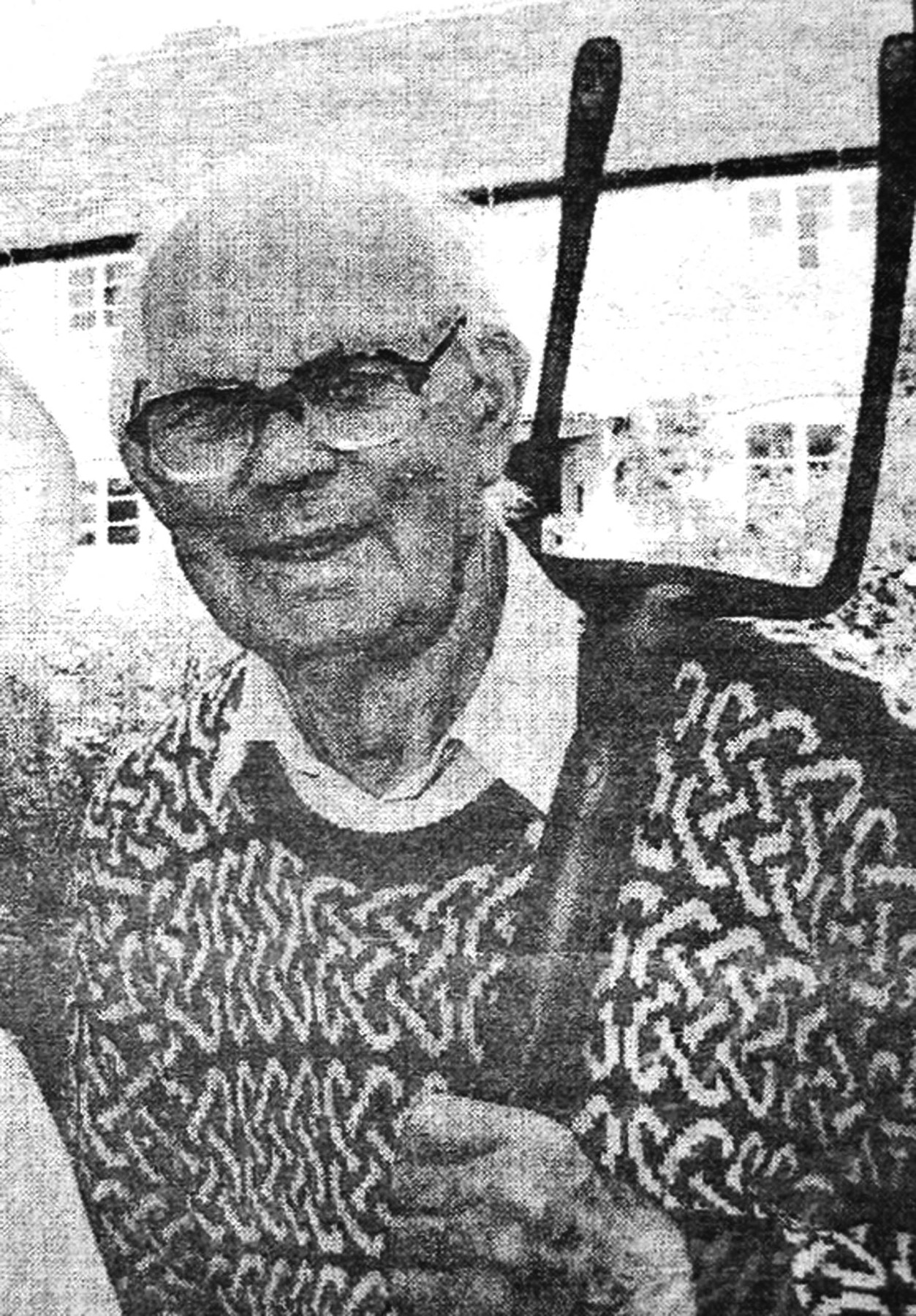 Ronald William Sidwell (1909-1993) was a horticulturalist in the Vale of Evesham who worked during his career as District Horticultural Officer in the ‘War Ag’ and then as a technical advisor at Littleton and Badsey Growers. From 1954 to 1960, he was a lecturer and eventually Vice-Principal at Pershore College of Horticulture.  His obituary appeared in The Independent of 29th April 1993.

Plum growing was an important industry in the mid-20th century, with no imported fruit and a great diversity of homegrown plum varieties.  Ron Sidwell’s most significant horticultural work was in the identification of plum varieties by their stones.  He was an expert witness in cases of mis-selling plums when these sometimes went to Court.  Around the time of his death, his collection was sent to The National Fruit Trials, at Brogdale, in Kent. Here, the Curator undertook the transfer of the stones into the current storage tubes and re-labelled the whole collection.  In 2022 it was transferred to the University of Reading, when it became responsible for the archive material at Brogdale, where another comprehensive collection of stones formed a national genetic data base.  Later in 2022, the Badsey Society was approached to see if it wished to take over the care of the collection and its associated paperwork.   It was decided that a better home for the collection would be the Vale Landscape Heritage Trust, in Evesham.

The plum stone collection consists mainly of 20 drawers in two small filing cabinets, but also some in other boxes. The total number of tubes is almost 550 and there are several tubes for most varieties.

Ron Sidwell’s paperwork, accompanying the collection runs to many notebooks and files.   The places of origin of the stones are very widespread.  Most were from Herefordshire, Gloucestershire and especially Worcestershire.  Others came from East Anglia, South-East and South-West England, but a few from other parts of England and Wales.

In the early 1950s, the Pershore Institute of Horticulture had a plum variety collection with over 150 different types and one grower in Ashton-under-Hill had an orchard with 60 different varieties.  A significant proportion of the stone collection came from these two sites.

In 2019, 305 different plum varieties were being grown in the collection at Brogdale; of these 99 were dessert plums, 156 were culinary, and a further 50 were dual purpose (e.g. Victoria).

For each variety, Ron drew sketches of their stones to show their differences from each other.

Interestingly, the three variety names mentioned above - Webster, Taybank and Inkworth Imperatrice -  do not appear in either the Pershore orchard collection or in the Brogdale collection. It could be that these are not currently recognised names and Ron Sidwell’s notes contain many synonyms for the names of some varieties.

Many thanks are due to Roger Umpelby for collecting Ron Sidwell’s plum stones from the University of Reading and arranging for their safe transfer to the Vale Landscape Heritage Trust.

The Ron Sidwell collection of papers in The Badsey Society Archive