Fruit and vegetable stalls on the A44 that passes through Wickhamford have been a feature of the village for at least 80 years.

From a newspaper article in the Cheltenham Chronicle of September 1935 we know that there was two stalls on Pitchers Hill in 1935 and they were probably opened several years before that. One was run by James (Billie) Dolphin and his wife Eva (nee Morris) who lived at 48 Pitchers Hill.

The other stall was run by George Sutton on land opposite his house, the present 95 Pitchers Hill, and these two stalls continued in business for many years.

Another stall belonging to Ernie Cox appears to have been in operation in 1936 at 52 Pitchers Hill.

There are two reasons why these stalls appeared. One being the motorcar and the second being poor prices for crops which was common in the 1930’s. Growers saw this as a way of selling their crops at better prices than would be realised in the wholesale markets.

By the 1930s there were more motor vehicles on the roads and Wickhamford was well placed situated on the A44 to get trade from passing traffic and also weekend motorists out for the day to the Vale of Evesham from the towns and cities of the West Midlands. Coach trips to the Vale were also popular and they would stop at the stalls.

It appears that even as early as 1934 there were problems with visibility and obstructions from the stalls and an article in the Cheltenham Chronicle 2nd July 1934 confirms this.

Alleged Obstruction By A Stall At Evesham

A summons for alleged obstruction by a stall on the Evesham-Broadway-road was dismissed by Evesham magistrates today when James Dolphine, of the Bungalow, Pitchers Hill, Wickhamford, was summonsed for obstruction on June 9.
He was represented by Mr. K. Gill Smith and pleaded not guilty. P.C. Harris said the stall hampered the view of motorists going towards Evesham.
A car pulled up by the stall and caused a serious obstruction. When told that the obstruction would be reported the defendant said, “Right-ho, carry on.”
In evidence, Dolphine said that the stall was about 15ft. 6in. from the roadway, and he had moved it back last year following a complaint by P.C. Haines.
Barbara Dolphine, the defendant’s daughter, and William Field, of Wickhamford, also gave evidence for the defence, and the case was dismissed on payment of costs.

From The Gloucestershire Echo of Monday 2 July 1934 –(the surname is wrongly spelt ‘Dolphine’ in the article).

The stalls were originally a seasonal business probably starting in the spring with asparagus, always popular with the customers and going through to the autumn. Another big attraction for customers was the plum crop. Jam making and bottling fruit was a common practice in many households up until the 1960’s and the Victoria plum variety was particularly good for this as well as being a good eating plum.

As you will see from the photos in this article many other crops were sold. Sometimes a grower would put out a stall for two or three weeks during the plum season if trade was particularly bad or he thought he could make a bit of extra cash.

George Cox, an older brother of Ernie Cox returned from Canada with his family in 1933 and built a house on Pitchers Hill and started the village shop in the room to the left hand side of the front door. (This house is adjoining the now defunct Post Office and shop). George also worked land and ran a roadside stall during the season selling his crops. The stall continued until the mid 1950's. A famous customer was Lloyd George who purchased a basket of plums from George's wife Dorothy.

Another stall appeared in the 1950’s run by Les Roberts and his wife Barbara (nee Dolphin) the daughter of James and Eva Dolphin. This stall continues and is now called Wayside but is a much bigger concern from the days Les and Barbara ran it.

The stall run by James and Eva Dolphin was eventually closed but many years later was reopened by their only grandchild Jane (nee Roberts) and her husband Mick Laight. Hence three generations of the Dolphin family ran stalls.

In the 1950’s Percy and Kathleen Bond purchased the land where the Dogs Trust is now situated and opened a stall. They also reared chickens and sold the eggs. Outside the stall was a large painted sign showing a chicken sat on a nest and underneath was written ‘New Laid Eggs While You Wait’. Later Percy built the white building that is now the reception for the trust and this became the first permanent structure for a roadside stall in the village.

After Mr and Mrs Bond the stall was run, from the late 1960s to mid 1970s, by Irene Carter who lived close to the stall at 85 Pitchers Hill.

The stall was then sold to Graham and Janet Smith who after running it for a few years sold it to the Dogs Trust.

Another interesting stall was started by Arthur Carter and his wife, who lived at 91 Pitchers Hill. It specialised in selling jars of home produced pickled onions. One cannot imagine the amount of tears that were shed preparing them. One of the Arthur’s customers was Ken Dodd. On leaving the stall after purchasing a jar of pickles he remarked ‘I’ll be pickled tonight’.

Now there is only one permanent stall, Wayside, still in operation but at the beginning of September 2013 that there are a few ‘Plums for Sale’ signs outside properties on Pitchers Hill selling the fruit from the orchards at the rear of the houses (see Appendix).

Also, for the last two summers the Nursery at the foot of Longdon Hill has opened a seasonal stall.

Special thanks are due to Mick Laight, Glenn Cox and Derek Bond who supplied many of the photographs used in this article. 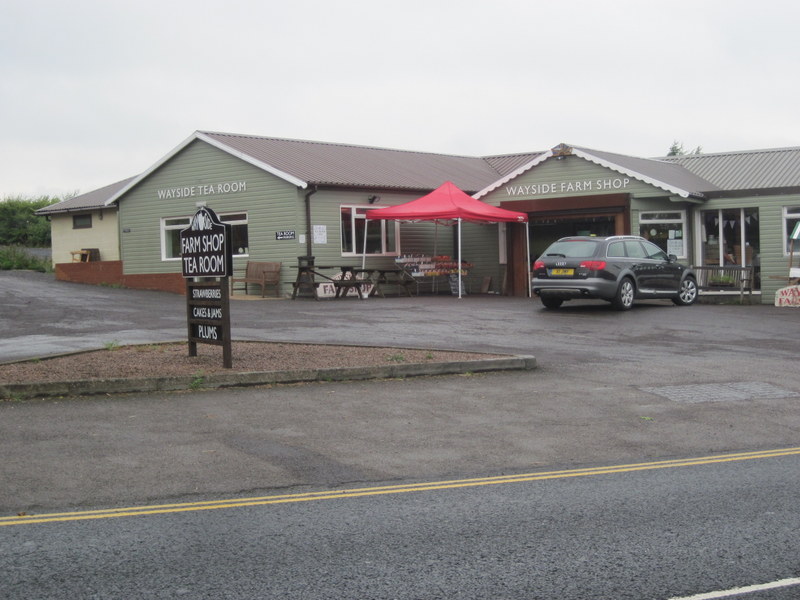 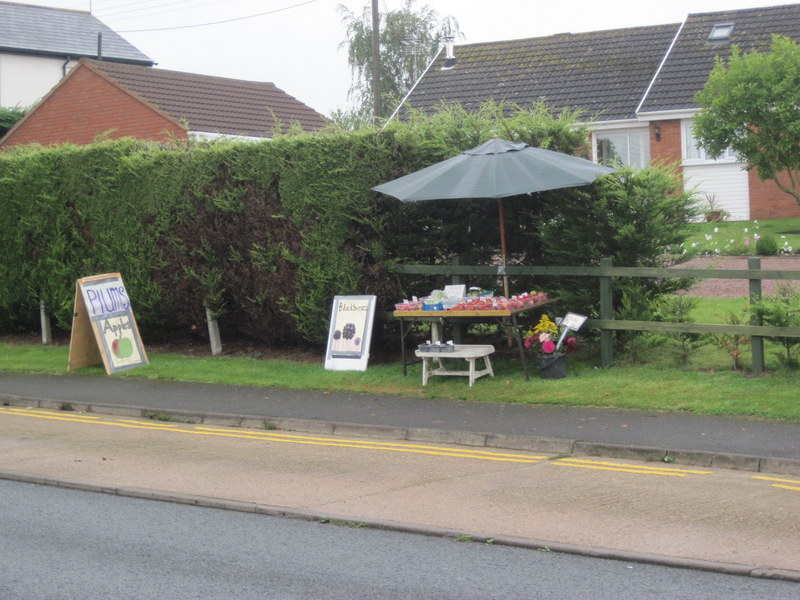 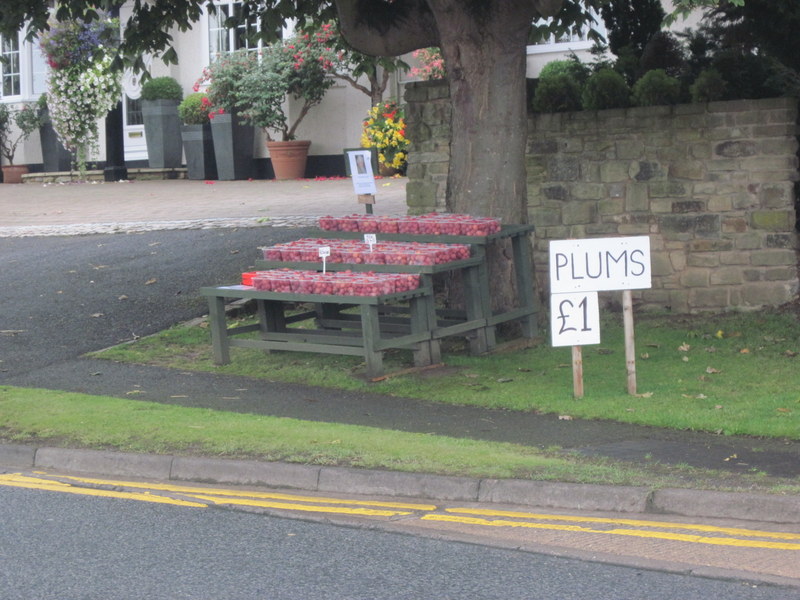 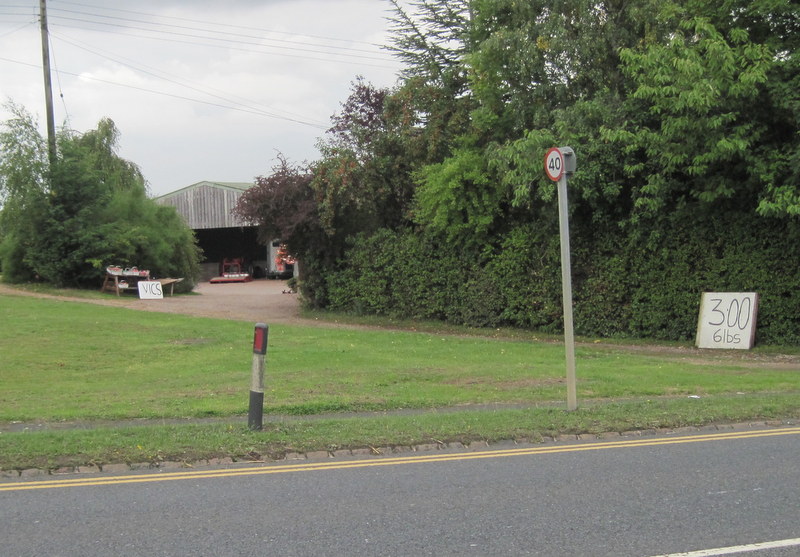 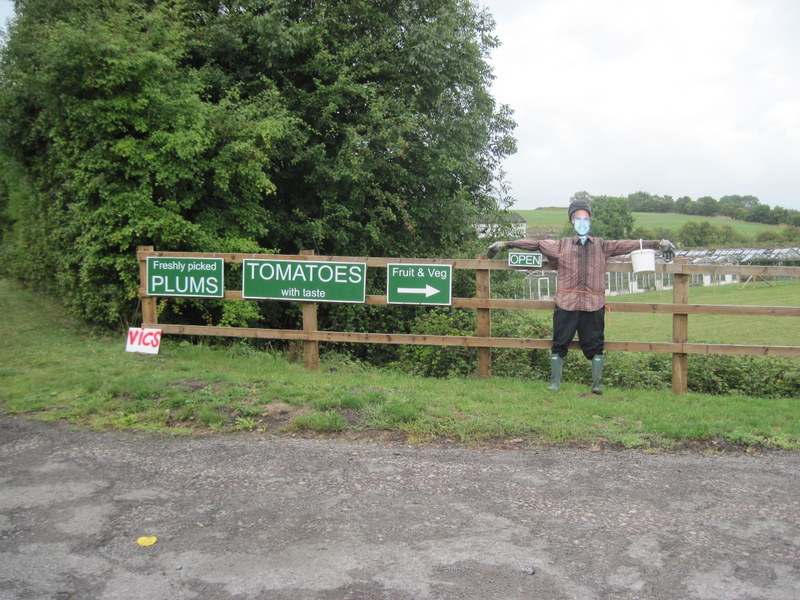 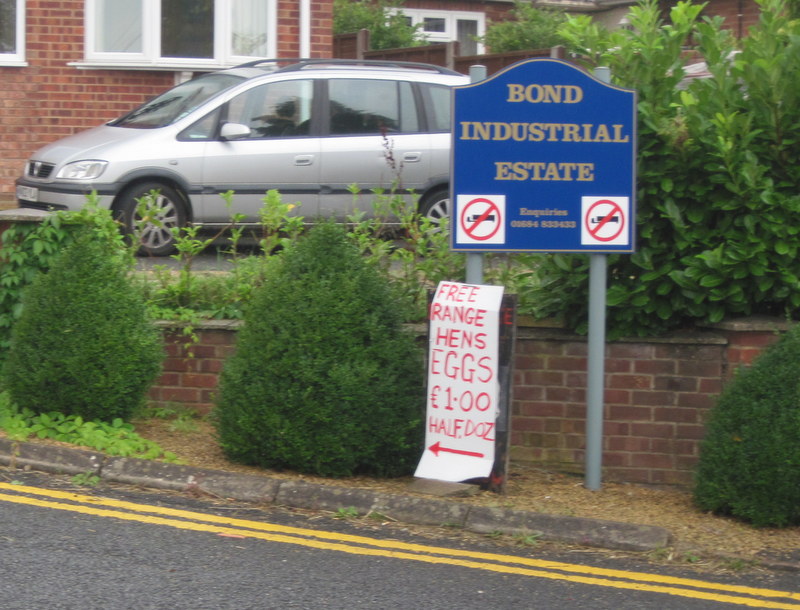