In the early 1930’s fruit and vegetable merchant, Bert Daws, asked Cliff Warwick of Birchfield Road, Birmingham, who owned a transport business, if he would operate a transport service in the Evesham area to collect produce from the local growers and deliver to his Birmingham business.

The job to operate the Evesham end of the business was given to Edward John Roberts always known as Ted. Ted Roberts had been market gardening, but due to rheumatic fever had been forced to give up his land at Bowers Hill.

At the time of being offered the job Ted could not drive but was taught by Mr Warwick to drive a lorry. Driving tests were not taken in those days and Ted was probably on the road in a couple of days! At the time he was living with his wife at 2 Manor Road, Wickhamford, but in those days it was No 36 Manor Road. A sign advertising the hire of a lorry was erected on the house as seen in the picture below. The young lad is Ted’s eldest son Gerald. 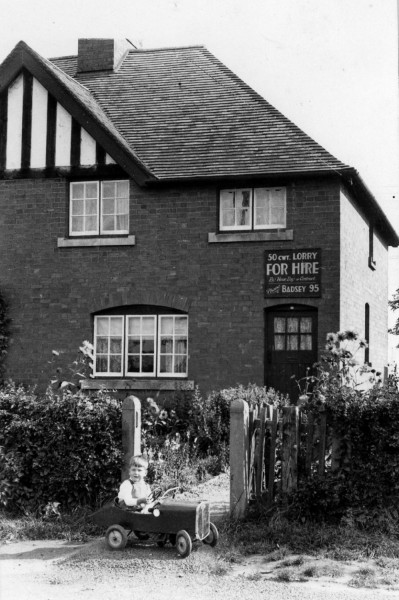 The lorries went around the district collecting the produce and if some of the Birmingham drivers came to do the collecting Ted’s son, Louis, remembers going in the lorry to give the drivers directions as they were unfamiliar with the area. The Evesham end of the business was called ‘Broadway Transport’, but no photograph survives showing that logo on a lorry.

In the summer there were as many as fourteen lorries in operation in the area and these were delivering to London, as well as Birmingham. The lorries were not only used for market gardening produce - pig feed, Bull Dog fertiliser etc. was collected and transported to the Vale. Ted parked his lorry at the side of his house in Manor Road but the main base for the business was on land belonging to the Roberts family at Pear Tree Corner, Bowers Hill. 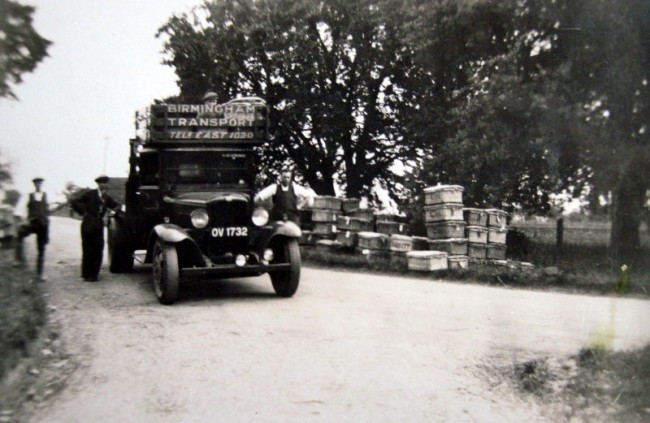 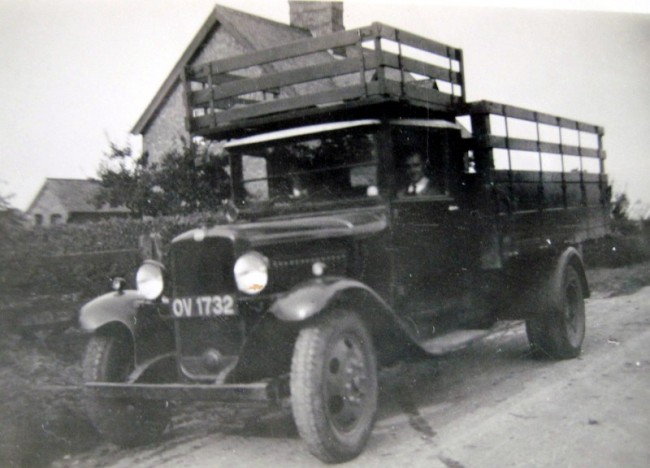 In 1948 all the transport businesses in the country were nationalised and became British Road Transport and Ted was employed by them until his retirement.

Ted was born in Badsey on 1st October 1902, the son of William Humprey and Rhoda Roberts and lived in the cottage pictured below, that was demolished in 1950 to make way for an extension to the churchyard. He was baptised, as Edward John Roberts, in Badsey on 16th November 1902. 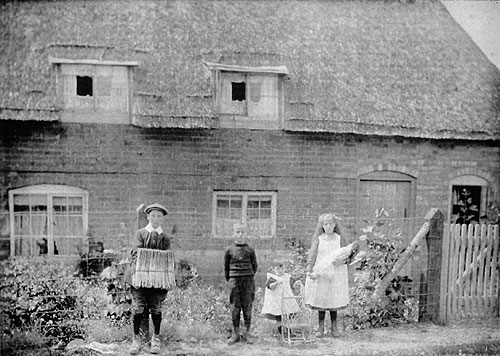 The family moved to Pear Tree Corner, Bowers Hill but, probably due to lack of space in the house, Ted went to work in a hotel in Bristol as a ‘shoeshine’ boy after he left school. He is pictured below (centre) with two of his work colleagues, whom he kept in touch with for many years. 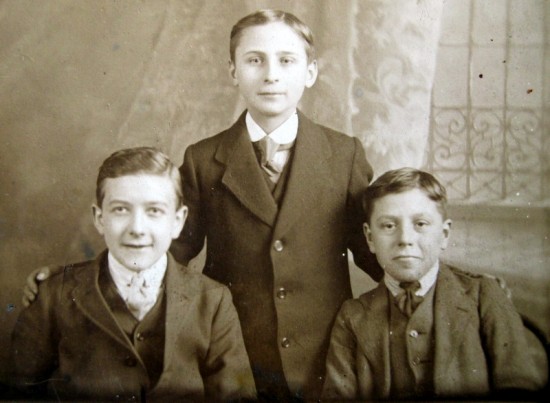 Probably due to the need for help on the land during WW1 he returned back to Bowers Hill and commenced his market gardening career only to be cut short due to ill health. He died in early 1982.

Thanks to Louis Roberts for supplying the information and photos for this article.