The Badsey Expedition, May 1968

By far the largest survey of Badsey took place in May 1968 when over 500 photos were taken in one day by a 19-strong team.  Prior to “the expedition” (as all such trips were known), a member of the Record Office staff had photocopied plans of the parish, identifying all the houses and buildings to be photographed, and divided the map into sections for individual photographers.

The assistance of local photographic societies was then enlisted.  Several groups were involved in the 1950s but, by the 1960s, it was primarily the Birmingham Photographic Society.  It was some of the members of this Society which formed “the Badsey exp edition” on 26th May 1968.  The members were notified of the event and were given a plan and a list of around 30 houses and buildings each to be photographed.  Expeditions were always a jolly occasion with a pub for lunch and lots of cups of tea from friendly householders.  A young Robin Whittaker (the Archives Manager and Diocesan Archivist at Worcestershire Record Office until 2011) recalled some of these forays in the 1970s.  On the one hand, the photographers were overwhelmed by the wonderful hospitality they received in the parish they were photographing but, on the other hand, they always had one eye on the watch, thinking of all the other photos they had to take.

After the photographs were taken, they were mounted on black card, given an accession number and stored at Worcestershire Archive and Archaeology Service in boxes in numerical order by parish.  The photos were then copied on to microfiche, which is the normal method of viewing them, but it is also possible to ask to see the original photos.  Unfortunately, for assistance with identification, the accession numbers do not appear to relate to the order in which the photos were taken.  Also, some of the descriptions on the back are not completely accurate.

One of the agreements made with the Photographic Societies was that copyright remained with the photographer.  Every effort has been made to contact the copyright holder to obtain the necessary permission to reproduce these photographs here.  Sadly, many of the photographers have died but, where possible, we have obtained the permission of a widow, son or daughter.  A number of the letters were returned marked “Not known at this address”.  Unfortunately, Birmingham Photographic Society, which was founded in 1885 and was one of the leading provincial photographic societies of its day, folded in the 1970s, and so it is no longer possible to track former members via this route.  Its membership was ageing and it was based in central Birmingham which was no longer appropriate.  After it folded, other Photographic Societies were founded in the suburbs, such as South Birmingham Photographic Society. 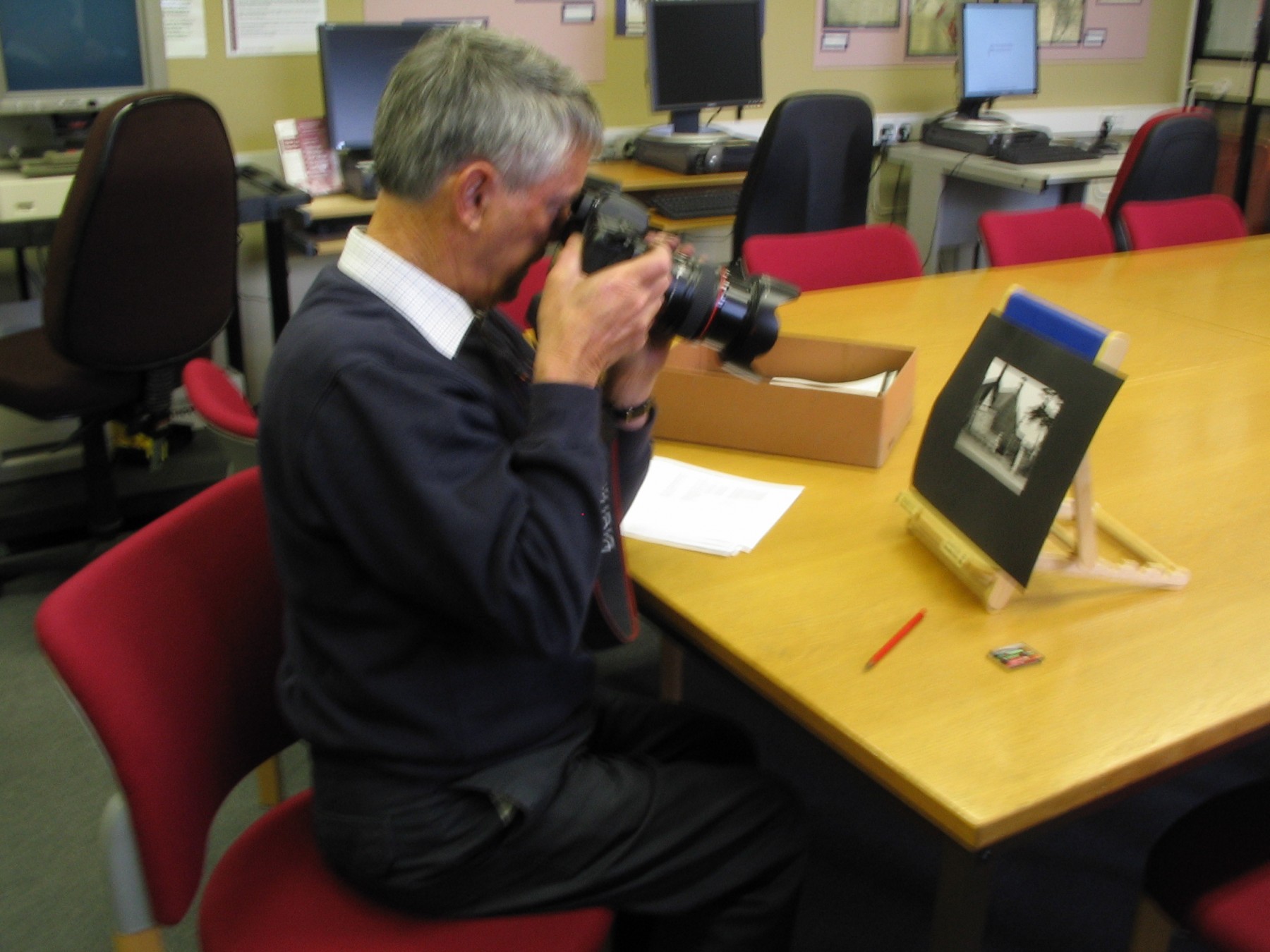 On 18th May 2007, Peter Stewart of The Badsey Society (with the permission of Robin Whittaker, Archives Manager) took digital images of 522 of the Badsey photos and 10 of the Aldington photos.  These were photos where either permission had been obtained from the copyright holder, or an attempt had been made but the copyright holder was either deceased or not known at the last address.  Whilst Peter Stewart was taking copies of the photos, Maureen Spinks compiled a database of all the photos, extracting the information from the back of each photo and adding in additional comments.  The description on the back of the photo was usually fairly accurate, but sometimes house names have changed.

Forty years after “the Badsey expedition”, members of The Badsey Society undertook a follow-up survey of the parish.  Photos from both 1968 and 2008 were shown at a special event held at Badsey First School in November 2008.  Two of the photographers from the 1960s were present:  Ann Horsley (née Banning), who had worked for the Record Office, and her husband, Ron, who was part of the 1968 expedition.  Ron and Ann are pictured below with Peter Stewart. 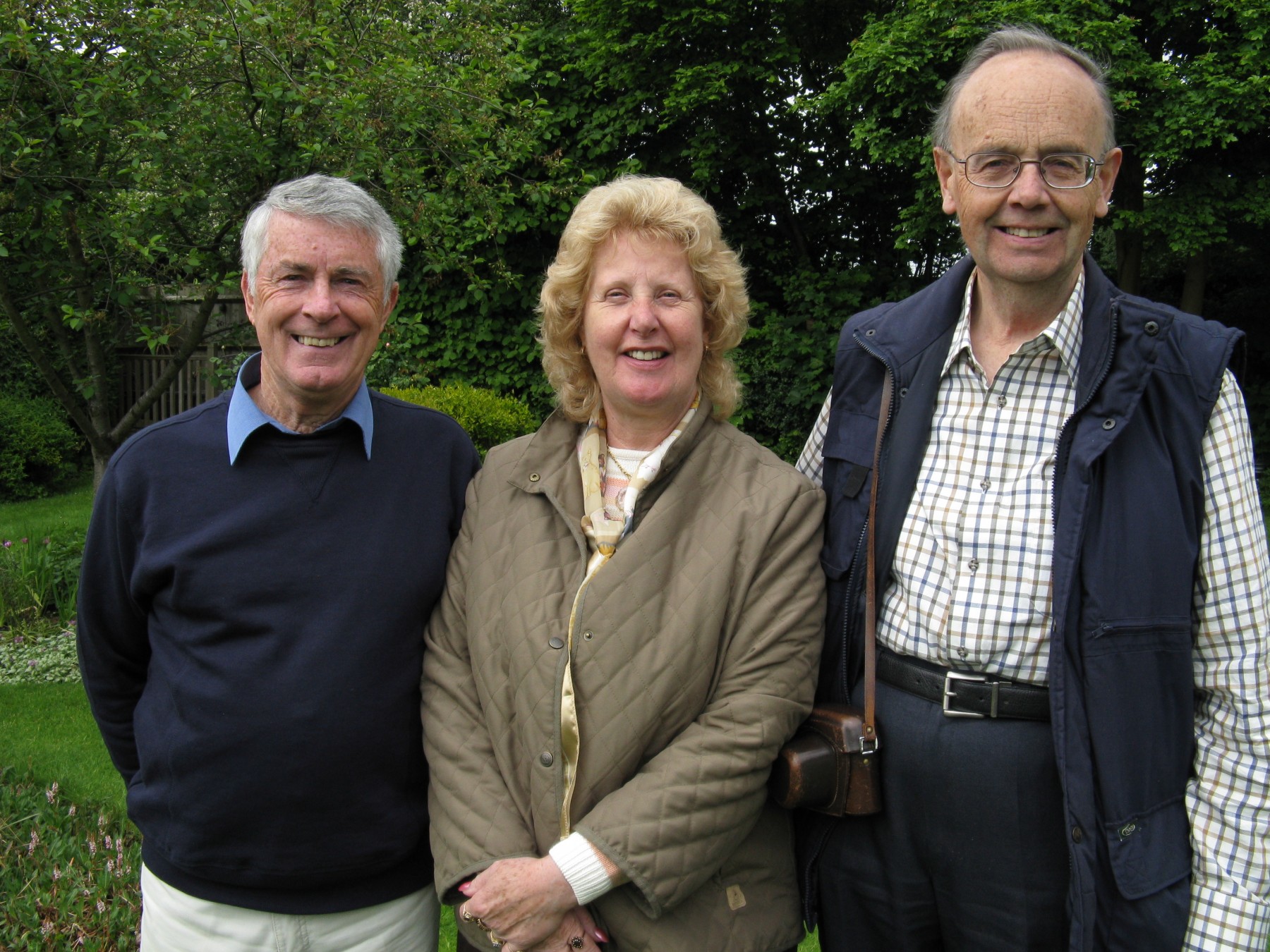