Kingshurst Gardens is so-called because it is named after the King family who owned the land for many years.

A detached house, No 52 Bretforton Road, was built on the site in about the 1950s.  The land to the south and east of the house is now being developed by Paul Newman New Homes as a private housing development of 26 two, three, four and five-bedroom homes, to be called Kingshurst Gardens, with access from Bretforton Road.  Work began at the end of 2016 and the first houses are due to be occupied in August 2017.

The land on which Kingshurst Gardens is situated was once part of a large field known as Hadshill Field.  In 1815, when the Badsey Enclosure Commissioners made their awards, John Procter was granted just over 7 acres of the field as his fourth allotment.  At some stage in the 19th century, probably after the death of John Procter in 1847, the land was bought by the Byrd family; Miss Sarah Byrd was listed as the owner in 1866. In 1890, this field, together with land to the south (which had also originally been allotted to John Procter), now comprised a field of 13a 0r 16p called Fourteens, belonging to William Byrd, which was sold at auction on 30th June 1890. It was split up into smaller lots of around 2 acres each.  William Cooke bought Lots 34-36, on which Kingshurst Gardens is situated.  At some stage in the 20th century, the land was bought by the King family. 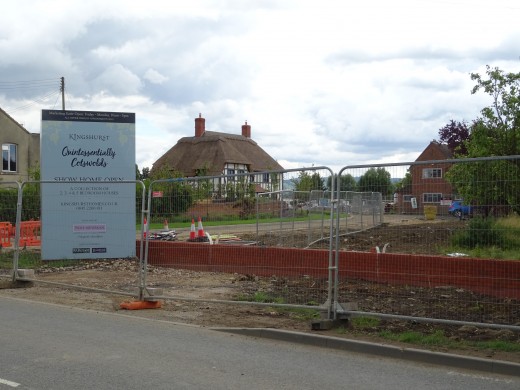 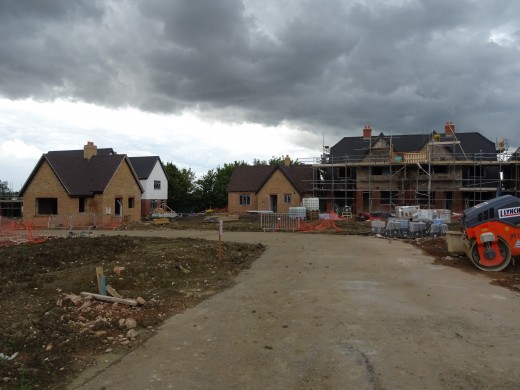 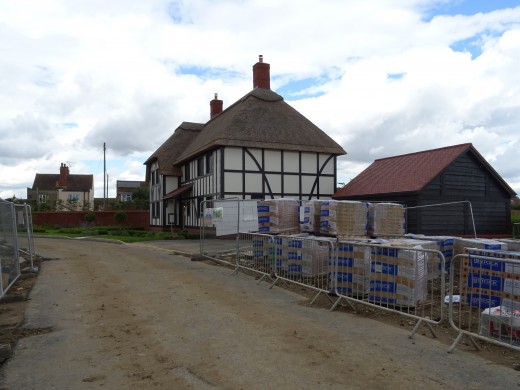 Photos taken July 2017 when the site was still being developed. Photographer: Maureen Spinks