Over the centuries the place names for Wickhamford have changed many times.  The list below, from The Place-Names of Worcestershire by Mawer and Stenton (1993), shows where and when these have appeared in various documents.  The sources for each version are given. 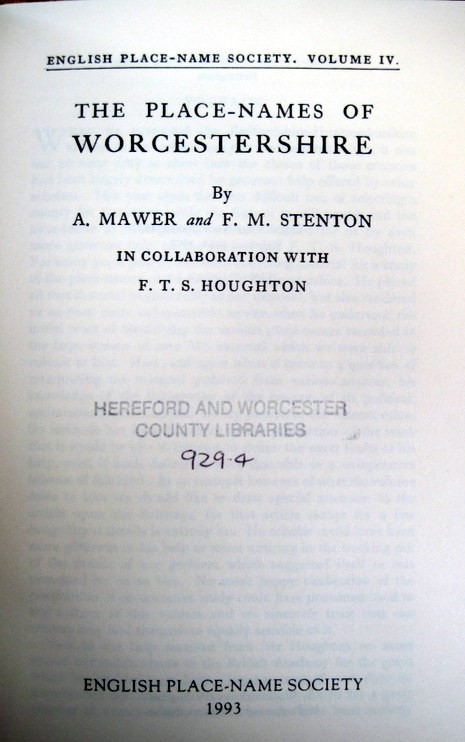 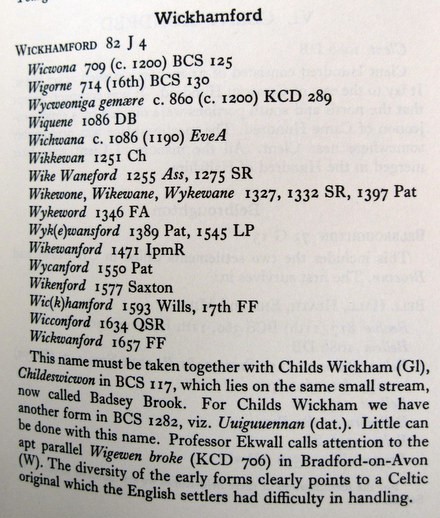 Knowledge of these earlier names can sometimes pinpoint individuals from the village who are mentioned in early sources.  For example, during a 13th century ecclesiastical dispute concerning a Benedictine house, Great Malvern Priory, a certain William de Wykewane, was elevated to the role of Prior from the second most important position in the Priory, that of Cellarer.   Unfortunately, when he went to visit the Abbot of Westminster, in 1283, to get his position confirmed, he was imprisoned.  He is buried at Malvern Priory Church.