The information from the returned Form 4-Land was transcribed into the valuer’s Field Book, which was intended to become the final record of the valuation.  These small, specially printed volumes, measured 10” x 6” and contained spaced for 100 entries, each relating to a single hereditament, with four pages allowed for each entry.

Occasionally special files were created, to which the Field Books refer (in our area, normally something like “See Webb No 12”); these files have not survived.

Some of the information was very detailed about properties, such as the record for Wickhamford Manor.  This Field Book entry below shows the owner as G C Lees-Milne and that he bought the Manor House (including buildings, two cottages and land) for £2500 in August 1906 and subsequently spent £640.  The house was valued at £2000, the buildings at £300, the cottages at £370, the pigstys at £110; timber on the land amounted to £10 and fruit trees £60.  The acreage of 1a 3r 0p has been crossed out, as the Valuer was interested in the total acreage of the estate being valued, which was 7a 0r 29p.  In the Valuation notes on the right-hand side it says, “Includes 965, 966, 967, 1002 & 1003 and other areas on next page”.  The principal function of the Field Books was to record the assessable site value on the basis of which increment value duty was to be calculated. 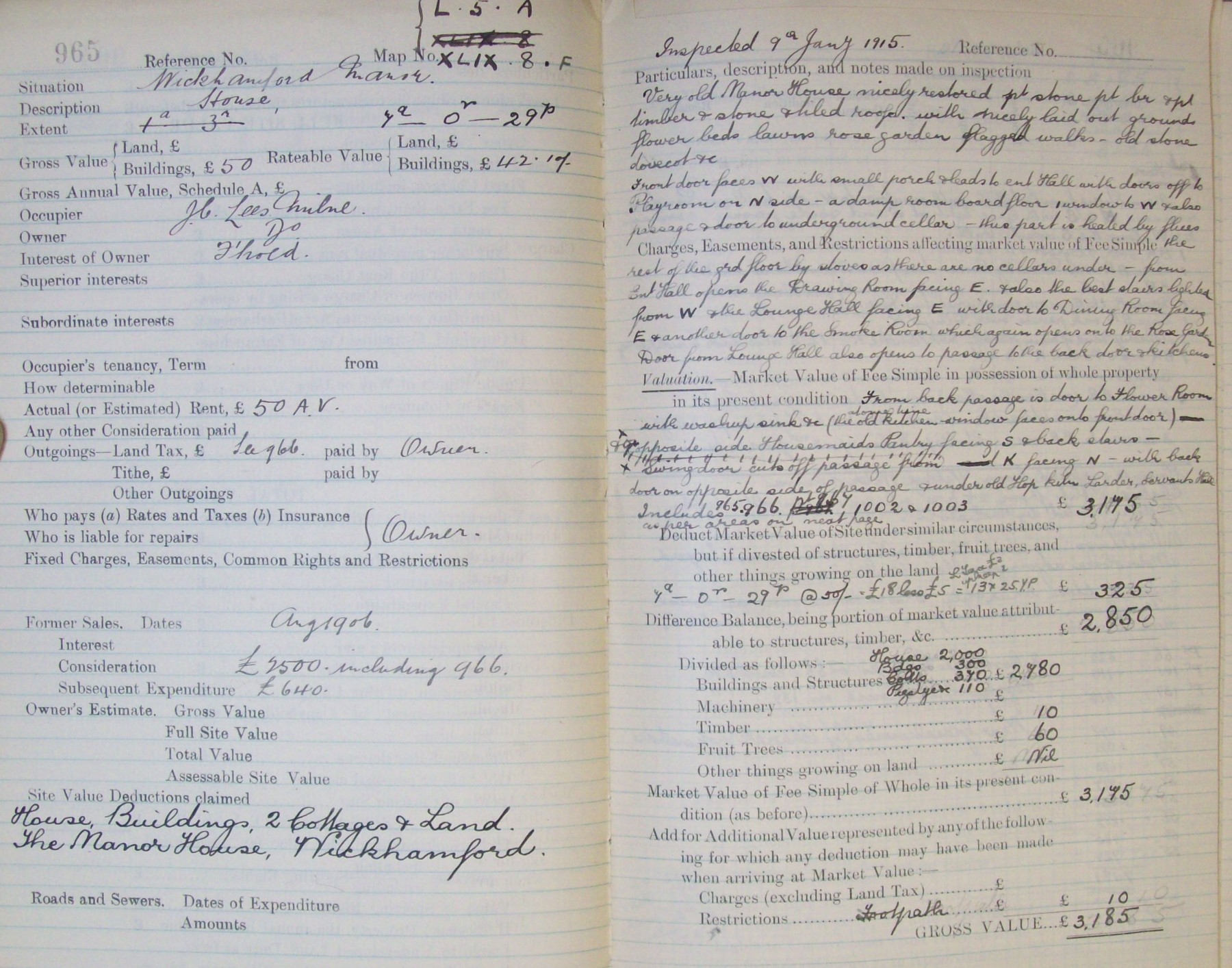 Pages 3 & 4 of the entry give the valuation details, if applicable (a great number were valued with others).  This is the entry for Wickhamford Manor which included other hereditament numbers, giving a total acreage for Mr Lees-Milne’s estate as 7a 0r 29p.  It refers to new glasshouses and buildings by the church not included.  A deduction of £10 was allowed for a public right of way.  Public benefits were allowed to be offset against increment value duty, so it was in the landowner’s interest to declare such rights.  After taking all the factors into account, the assessable site value was given as £325. 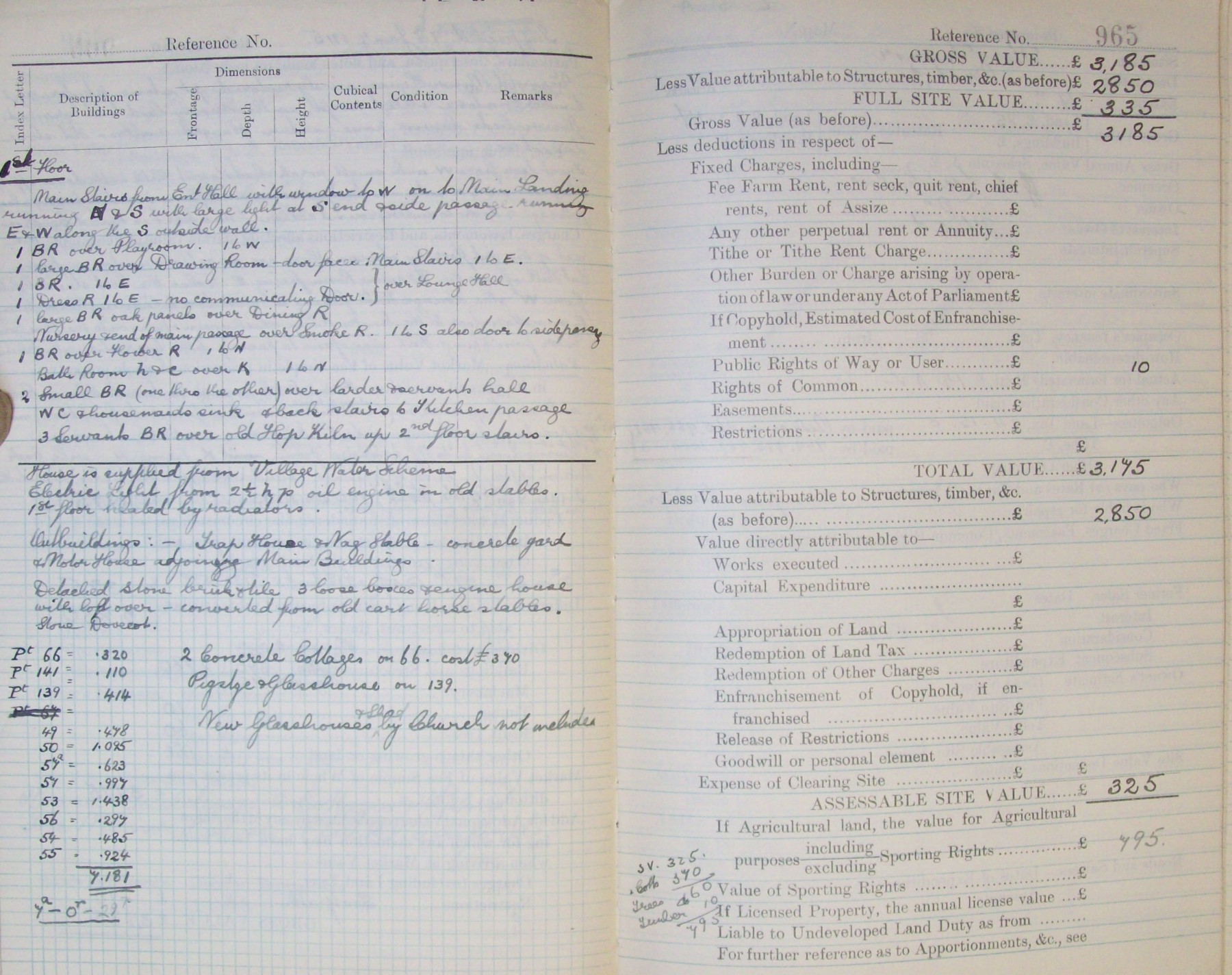