The branch of the Women’s Institute in Badsey, Aldington and Wickhamford was founded in March 1927 and affiliated to the National Federation of Women’s Institutes on 23rd November 1927. In the Autumn of 1951 a meeting was held in the large room at Leystones Garage (by courtesy of Mrs F. M. Dean and her daughter Mrs Thelma Shannon-Garvey) to discuss the possibility of forming a separate branch of the Women’s Institute at Wickhamford. Previous to this, several ladies from the village had been travelling to Badsey to meetings of the Badsey, Aldington and Wickhamford W.I.

An invitation was sent out to any interested ladies and the response was overwhelming, the room being filled to capacity. Mrs Kannreuther, a Representative from the Worcestershire Federation of W. Is gave a talk and explained what the W. I. was all about, its aims and ideals. With much enthusiasm, Wickhamford W.I. was formed, the meetings to be held on the second Thursday of each month in the Memorial Hall at 7.30 p.m. A Committee was also formed and the first President was Mrs Dean, the Secretary was Mrs Margaret Parry and the Treasurer, Mrs Gwyn Hancock. The first meeting was held on 11th October 1951 and at least 80 ladies became members in the first few years. The Annual Subscription was 3/6d.

The following photographs show some of the Wickhamford W. I. activities from the 1950s to the 1980s – amateur dramatics, day trips, a choir, produce and flower shows, floats at Evesham Carnivals and quilt making. 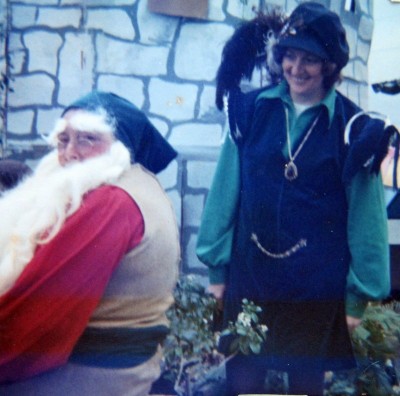 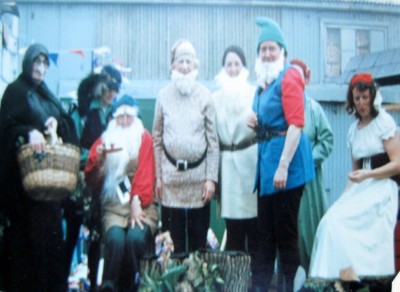 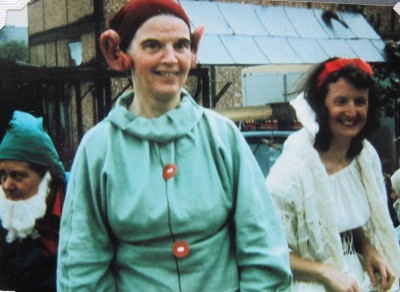 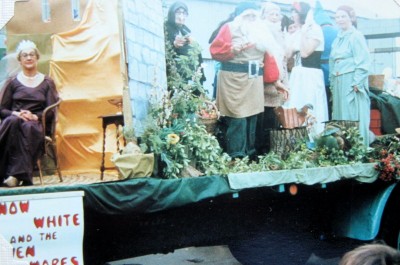 The Wickhamford W. I. float at Evesham Carnival on 11th June 1977 of ‘Snow White and the Seven Dwarfs

Presidents of Wickhamford W. I.