The memorial is a plinth in Portland stone upon which stands a sculpture by Sir William Reid Dick of a woman in mourning. Her head is bowed and her left hand is placed under her chin; she holds a laurel wreath in her right hand.  The Memorial contains names of 157 men from the First World War and 53 from the Second World War. 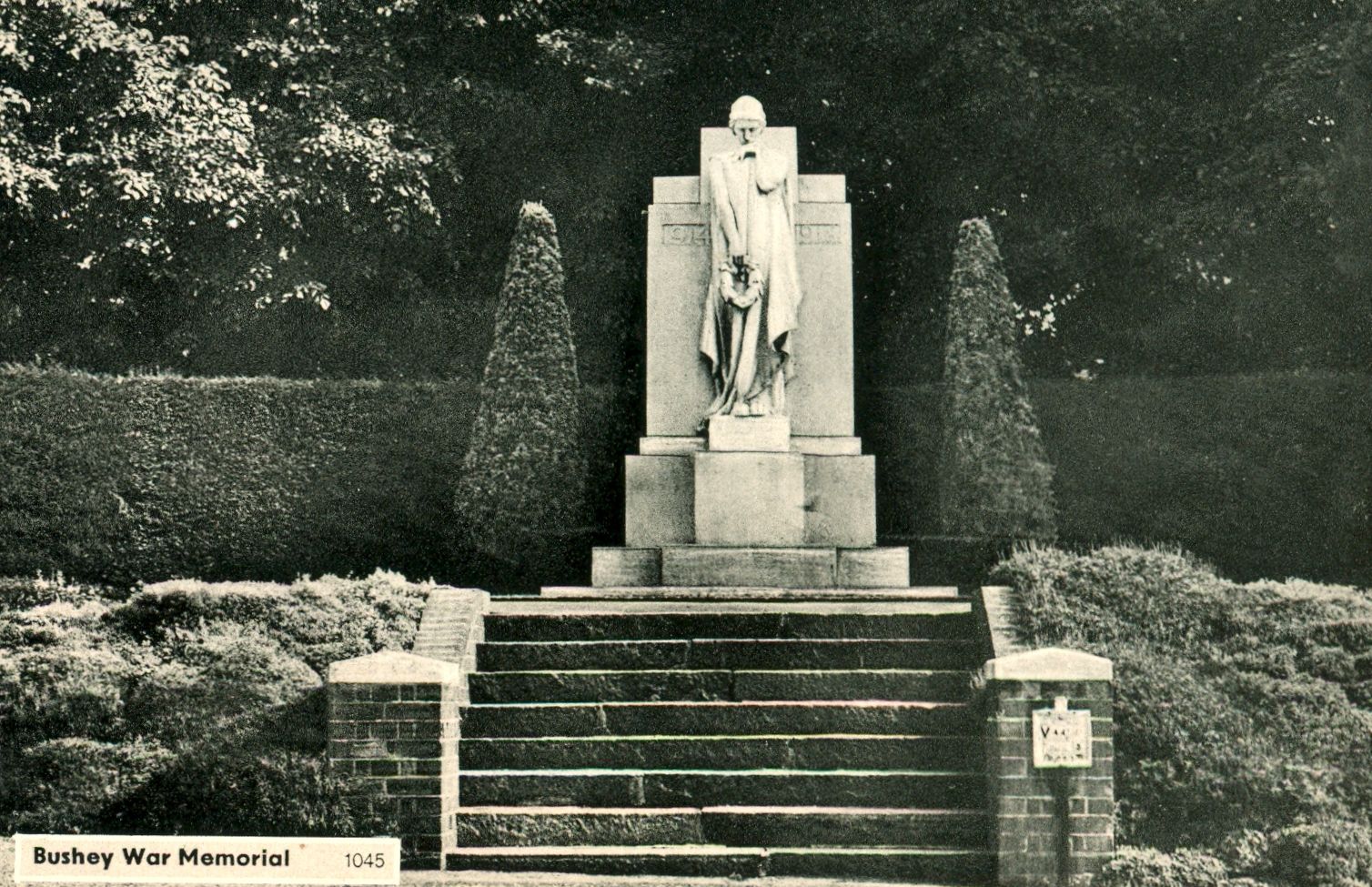