As there will be a lot of focus on Britain during years of the First World War this year, I have chosen to talk about what Badsey was like in the months running up to the outbreak of the Great War. What was it like to live in Badsey during this period? 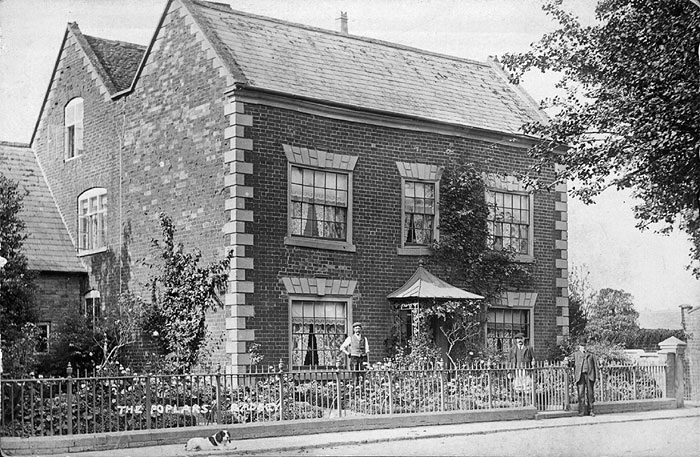 Badsey had recently gone through a period of great change. The population had increased dramatically going from 574 in 1891 to 1127 in 1911. Many new houses had been built to accommodate the new residents. The reason for this population explosion was predominantly due to the rise of market gardening. Badsey was bucking against the national trend – where many villages lost much of their working population to the cities, Badsey was increasing theirs. In 1901 the largest proportion of the population was in the 18-44 age bracket. It would be interesting to know what the older residents of the village felt about many of the incomers. I am certain that they would have been pleased that their own children could remain in the village and gain employment here.

So what was life like 100 years ago? Let’s think about a typical family. It was highly likely that the father of the family was a market gardener and some of their wives would support their spouses in the business. Large families were very common according to the local midwife’s records so there were often many mouths to feed. Some children continued to die young. In 1914 there were 3 burials of children aged 3 and under. Incomes seemed to vary from those who were quite well off, owning their own houses to those who lived in the smaller older houses as tenants. 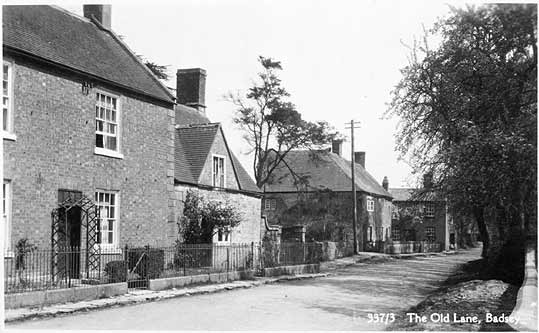 In the Land Survey of 1910 to 1915 it was noted that most of the new houses were in a good state of repair and had decent sized rooms. It was also noted that most of them had a water closet – but it does not say whether this was inside – I suspect not! Very few houses had a plumbed in bath – it was so rare that when a house did such as the bakery in Brewers Lane, it was included in the survey. So if a family lived in one of the newer houses, they were fairly comfortable. 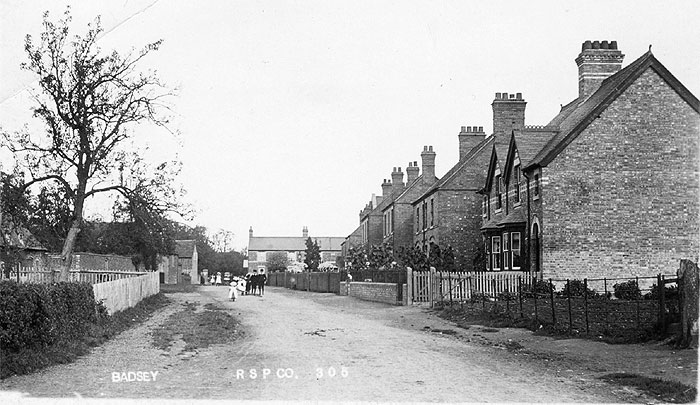 However, this could not be said for the older housing stock within the village. The Land Survey commented that many of these were in a poor state of repair with damp walls and leaking roofs. Some of these houses shared a tap and also had shared earth closets. An example of these houses was Silk Mill Cottages which have since been either modernised or demolished. They were all in a bad state of repair. There was 1 tap for the 10 cottages, 2 wash houses and 5 privies. So living here would not have been such a pleasant experience as in the newer houses which had their own facilities.

A particular feature of 1914 was the disruption of the water supply. The village moved from the Evesham town supply to their own water scheme during this year. This involved different sized pipes and water pressures with the inevitable result of burst pipes. When this happened houses were often cut off for a considerable time. On one occasion it happened on a Sunday. One enterprising family decided to cook the vegetables for their Sunday lunch in beer. Apparently it wasn’t a great success.

If we could travel back in time and walk around the village we however would notice a considerable difference – far fewer houses, such as no council houses – these didn’t get built in Badsey until after the Great War, more open ground between houses – often put to market garden or orchard use, more shops – besides a butchers and a Post Office, there were bakeries, grocers, green grocers. A shop in Belmont Terrace sold fruit, sweets, tripe and cow heels – an interesting combination! Consequently the lady of the house could do most of her shopping in the village which was just as well as the most common way for the ordinary family to get to Evesham was to walk. 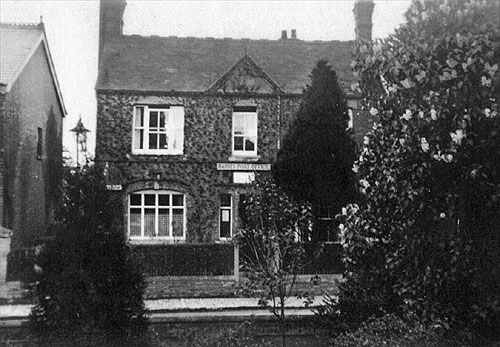 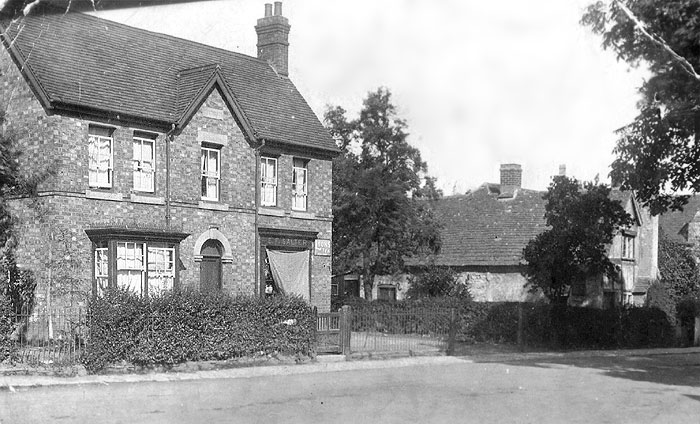 So if you were a child in 1914 what would life have been like for you? You would have gone to school in Badsey as you would now but the curriculum was narrower with a focus on the 3R’s. Discipline was also more physical – one teacher, a Miss Bird, was well known for being liberal with a ruler and a good shot with a piece of chalk. You would have had a long lunch break from 12pm until 2pm where it was expected you would go home for lunch. Some children didn’t, preferring to stay around the village, sometimes watching the blacksmith at work. 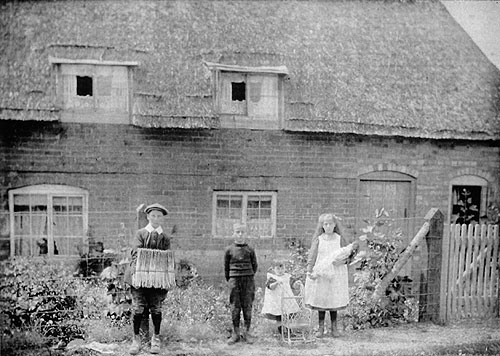 Once you got to the age of around 12 or 13 (the term teenager didn’t exist then) many of the children were confirmed at St James’ church, following attendance at confirmation classes. In April 1914 100 youngsters were confirmed and the congregation overflowed into the tower and the porch. Now this might lead us to think that the villagers were a God-fearing bunch and attended church regularly. But a comment in the parish magazine from the vicar, suggests that this was not the case as he urged parents to attend church more frequently, and not just on the occasion of their child’s confirmation. Not much change there then....

If you were a boy, then you might have been a chorister (no girls or women in the choir then). In 1914 it was evident that the choristers had socials too. In the January there was a tea party and in the July an outing to Weymouth by train. Here is an extract from a report of the trip.

‘In the early hours of the morning we arrived at Badsey station. At quarter to six we were in the train on our way to Weymouth. .....After having lunch in a restaurant we went on to the sea front. Some of us had a paddle, and two of the boys had wet knickerbockers when they came out to put on their shoes and stockings. ....After dinner we went on board a steamer bound for Portland Bill. Two of the boys enjoyed themselves very much. They had the pleasure of being sea-sick..... At nine o’clock our train commenced the return journey. Just after we got out of the town we saw battleships lit up with electric light (this suggests electric lights were a rarity in Badsey) .... We arrived at Badsey station at 1.40am. With the exception of Mr Pethard, who very kindly assisted the Vicar in looking after the boys, the men, according to arrangement, left the party on arrival at Weymouth and made an independent tour of the places of interest.’ A.E.B., Parish Magazine, August 1914.