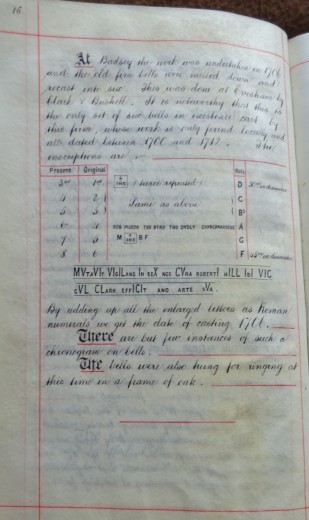 …  At Badsey the work was undertaken in 1706 and the old five bells were melted down and recast into six.  This was done at Evesham by Clark & Bushell.  It is noteworthy that this is the only set of six bells in existence cast by this firm, whose work is only found locally and all dated between 1700 and 1712.  The inscriptions are:

By adding up all the enlarged letters as Roman numerals we get the date of casting 1706.

There are but few instances of such a chronogram on bells.

The bells were also hung for ringing at this time in a frame of oak.