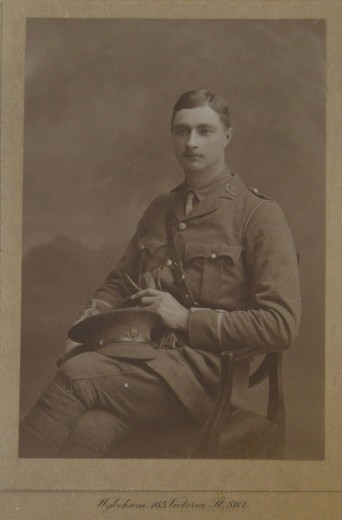 This studio portrait of Lieutenant Cyril Sladden was taken at Wykeham, 165 Victoria Street, London SW1, in December 1914, a couple of months after he had joined the 9th Battalion of the Worcestershire Regiment.  A number of copies were made which were distributed to members of the family.  This particular copy is at the Imperial War Museum, but other descendants have copies.