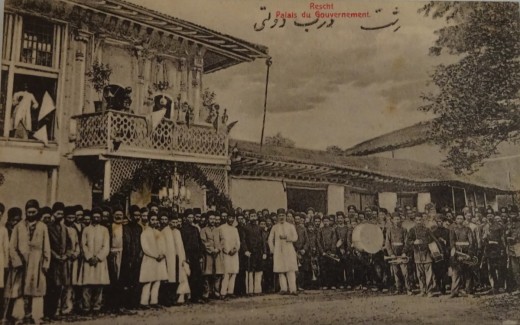 Postcards of Resht and Enzeli.  From the latter part of September 1918 to the middle of November 1918, Cyril Sladden was based in Resht  in modern-day Iran and was there at the time of the Turkish Armistice.  It is the largest city on Iran’s Caspian coast and the capital city of Gilan Province.  Nearby is the port of Enzeli (also known as Bandar-e Anzali) and also the village of Pirébazar.