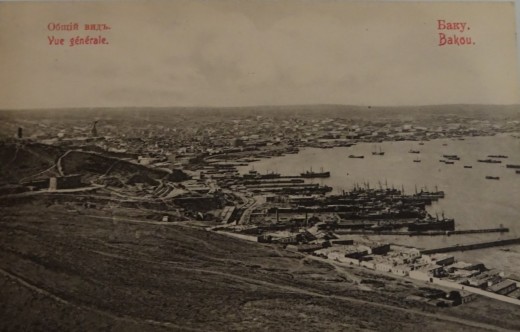 Postcards of Baku in Azerbaijan.  Cyril Sladden and the 9th Worcesters were part of the Dunsterforce campaign which arrived at the Caspian Sea in early September 1918 and tried to help relieve the city following the Turkish attack of Baku which began on 26th August.  They were unsuccessful and the city was evacuated on 15th September.  In a letter of 24th September 1918 to his father, Cyril gave a detailed description of the city.

On 16th November 1918, after the war was over, the force (reconstituted as Norperforce) found themselves back in Baku. Cyril remained there for most of the time until returning home in March 1919.