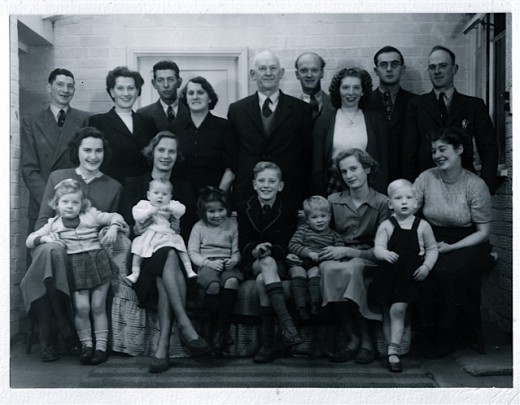 The Cox family of Wickhamford pictured late 1951 or early 1952.  George Frederick Cox (1890-1962) and his wife, Dorothy Rose, née Winstone (1898-1995), are shown with their four sons, two daughters-in-law, four daughters, two sons-in-law and five grandchildren.  George and Dorothy lived on Pitchers Hill, Wickhamford, where they ran a fruit stall and opened a shop, but had lived for a time in Canada where five of their children were born.

With grateful thanks to Glenn Cox for allowing us to reproduce this photo.