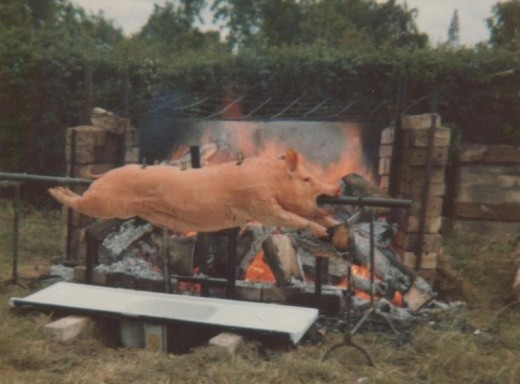 Preparations for the big day began early when Sam Benfield, David Caswell and Geoffrey Brooks arrived at the ground at 6 am to begin roasting a pig.  The pig had been slaughtered by Sam who worked at Smith’s Butchers, Chipping Campden.  It was then transported to Badsey on the back of a lorry.

An article appeared in The Evesham Journal the following week. 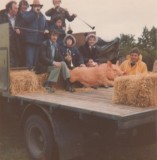 Pig en route for Badsey, photo taken in Aldington on its journey from Chipping Campden.

Group of cooks and supporters.