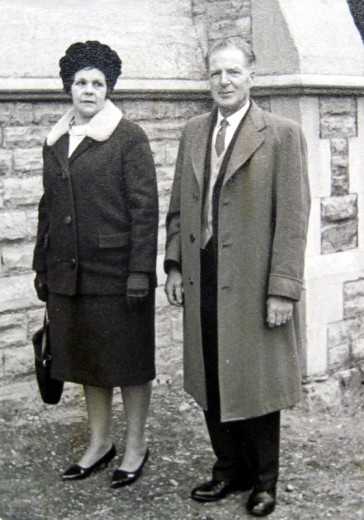 This photograph of James Edward (‘Ted’) and Dorothy Margaret (‘Margaret’) was taken at the wedding of Robin Cox and Doreen Emms at Bengeworth Church, Evesham, in 1965.

He served as a Churchwarden in Wickhamford from 1958 until 1985 and details of his time in the village can be seen in the article on Churchwardens.  He also served on the Parish Council and there is a photograph taken at his retirement from this role in 1987.

We are grateful to Robin Cox for providing a copy of this photo.