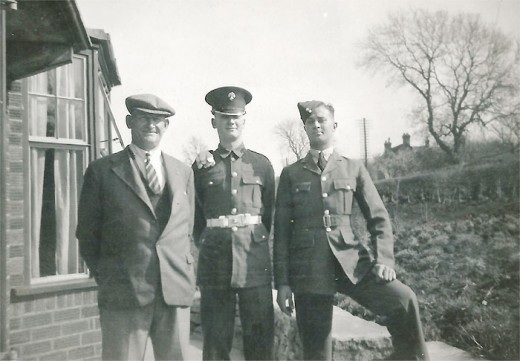 The picture shows George Cox with his sons, Charles Henry, who served in the Grenadier Guards and Army Air Corps, and William, who served in the RAF as an engine fitter. The photograph was taken at Whitsun 1939, outside of the present 43 Pitchers Hill - the house next to the now closed Post Office. At that time it was the village shop, which George Cox ran. Charles was wounded at Arnhem and taken prisoner there. A brief summary of his record, and that of William, is in the article Wickhamford Service Personnel in World War 2.

The photo was lent to us by Glenn Cox.