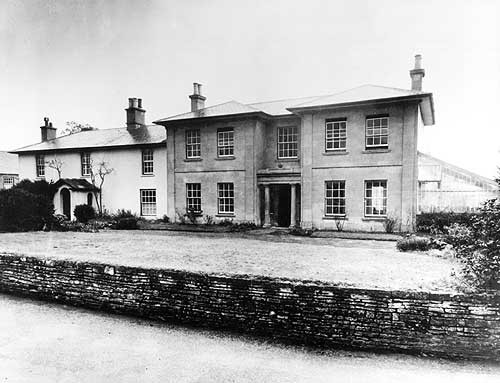 About 1960, when this photograph was taken, the Ashwin family of Bretforton sold their land and buildings in Aldington, including the Manor House. Manor Court, on the left of the picture, became a separate dwelling. It probably dates from the 16th century. The Georgian building on the right of the picture retained the name Manor House. Two further dwellings were converted from the hop kilns at the back of Manor Court.

Between 1873 and 1901 the Manor House was the home of Arthur H Savory who wrote vividly about village life in his book Grain and Chaff from an English Manor.

We are grateful to Gill Stewart for lending us this picture