In the closing years of the 19th century, hops were grown at Wickhamford Manor on the north side of the lane .  One of the most widely-grown varieties of hops is a long established one called ‘Goldings’.  As the hop yards were alongside this road it is not inconceivable that is was originally referred to by the locals as ‘Goldings Lane’ which later became known as Golden Lane.

There is just one house on this road:  Roughlyn, situated at the junction with Willersey Road known as Three Ways.

The land on which Golden Lane is situated was once part of the Manor Farm on the Wickhamford estate which had been owned by the Sandys family for several centuries.  The estate was sold at auction on 10th July 1869 and bought by Captain John Pickup Lord, a Lancastrian landowner who had recently bought a large amount of land in Badsey.  At the beginning of the 20th century, the land was bought by George Lees-Milne, who also bought Wickhamford Manor House from the trustees of the late Captain Lord. 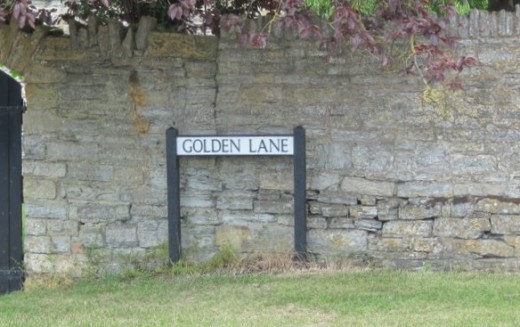 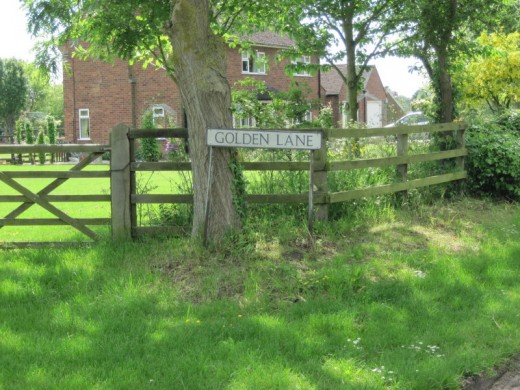 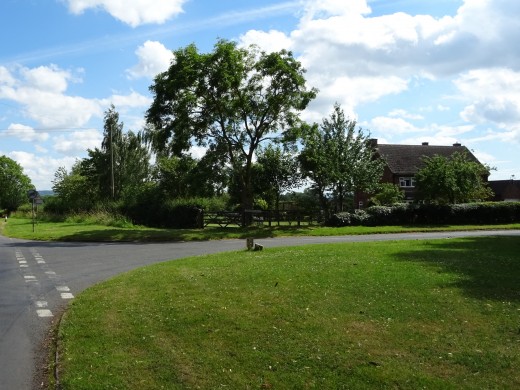 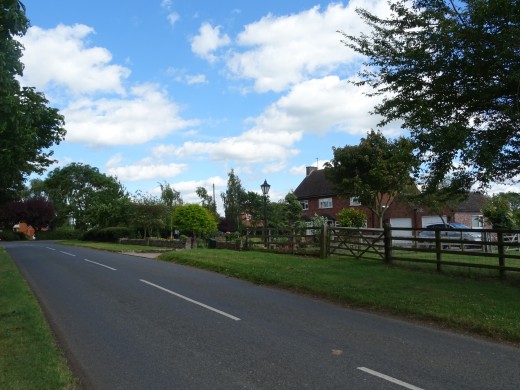 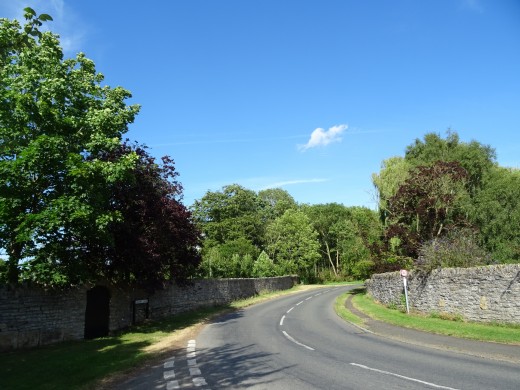