There are 11 houses on the road, six on the north side in Wickhamford and five on the south side in Childswickham.  Windward House (a large house, once semi-detached) built in the inter-War period is in Wickhamford and, or the opposite side of the road, The Driffold in Childswickham was built before 1911.  The other houses were built in the post-WW2 period.

None of the houses have numbers, only names.  The houses in Wickhamford are:  Windward House, Three Ways, West Wind, Tanglemere, Orchard Rise.  The houses in Childswickham are:  The Driffold, Lan Kidden, Spring House, Springfield, Cotswold House.

The land in the parish of Wickhamford was once part of Pitchers Hill Farm, one of four farms on the Wickhamford estate which had been owned by the Sandys family for several centuries.  The estate was sold at auction on 10th July 1869 and bought by Captain John Pickup Lord, a Lancastrian landowner who had recently bought a large amount of land in Badsey.

Captain Lord died in 1877.  In the years following his death, his trustees began to sell off some of his land in smaller parcels.  This included the land at Murcot Turn as a sales catalogue map of 1930 when much of the Lord estate was put up for auction, reveals that the land had already been sold. 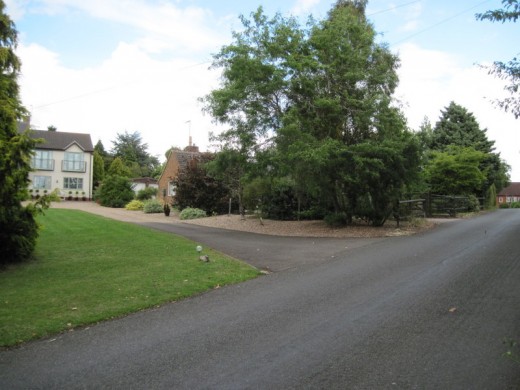 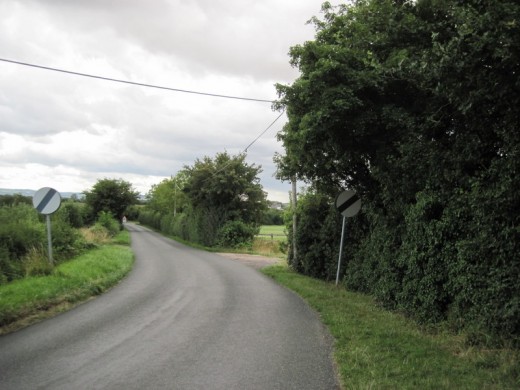