Pitwell Lane runs in a north-westerly direction from Main Street, Aldington to Sidings Lane and the Offenham Road.  It appears on the 1807 Enclosure Map as Pit Well Road and described in the Award Schedules as follows:

One Public Carriage Road and Highway of the breadth of thirty feet branching out of the Turnpike Road leading from Bengworth to Littleton at or near Bowheadland Furlong and passing thence in an Eastward direction along its usual track through and over the said Common fields to the Village of Aldington and hereinafter called Pitwell Road.

The origins of the name are unknown.

In the early 21st century, a number of mobile homes have been erected.

The land both north and south of the road was owned by Thomas Bird (sic), whose surname was more commonly spelt as Byrd. 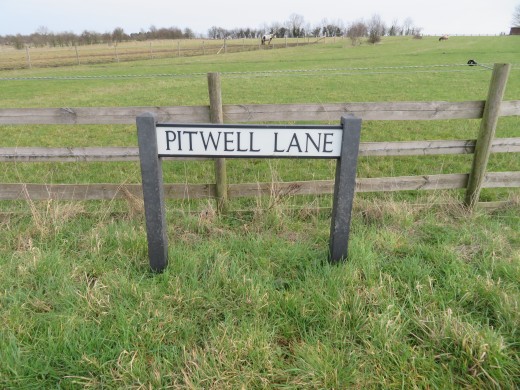 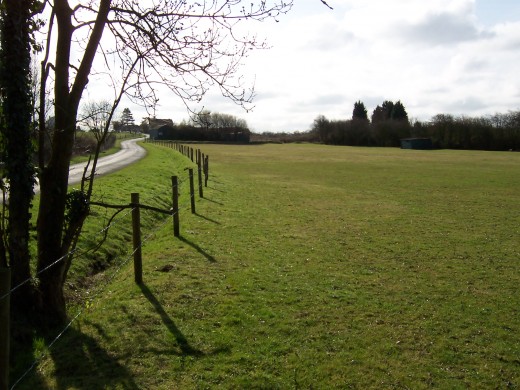 Paddock on Pitwell Lane, leading to centre of Aldington, April 2006. 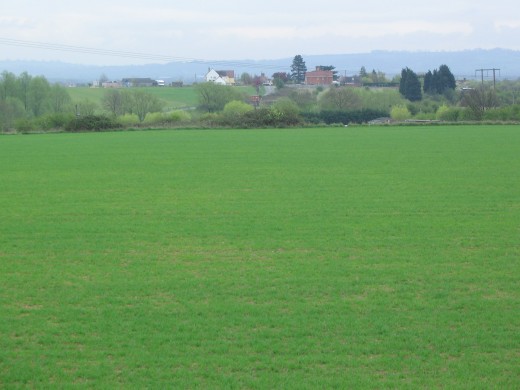 Pitwell Lane from bridge over bypass on Offenham Road, looking towards top of Main Street, April 2006.