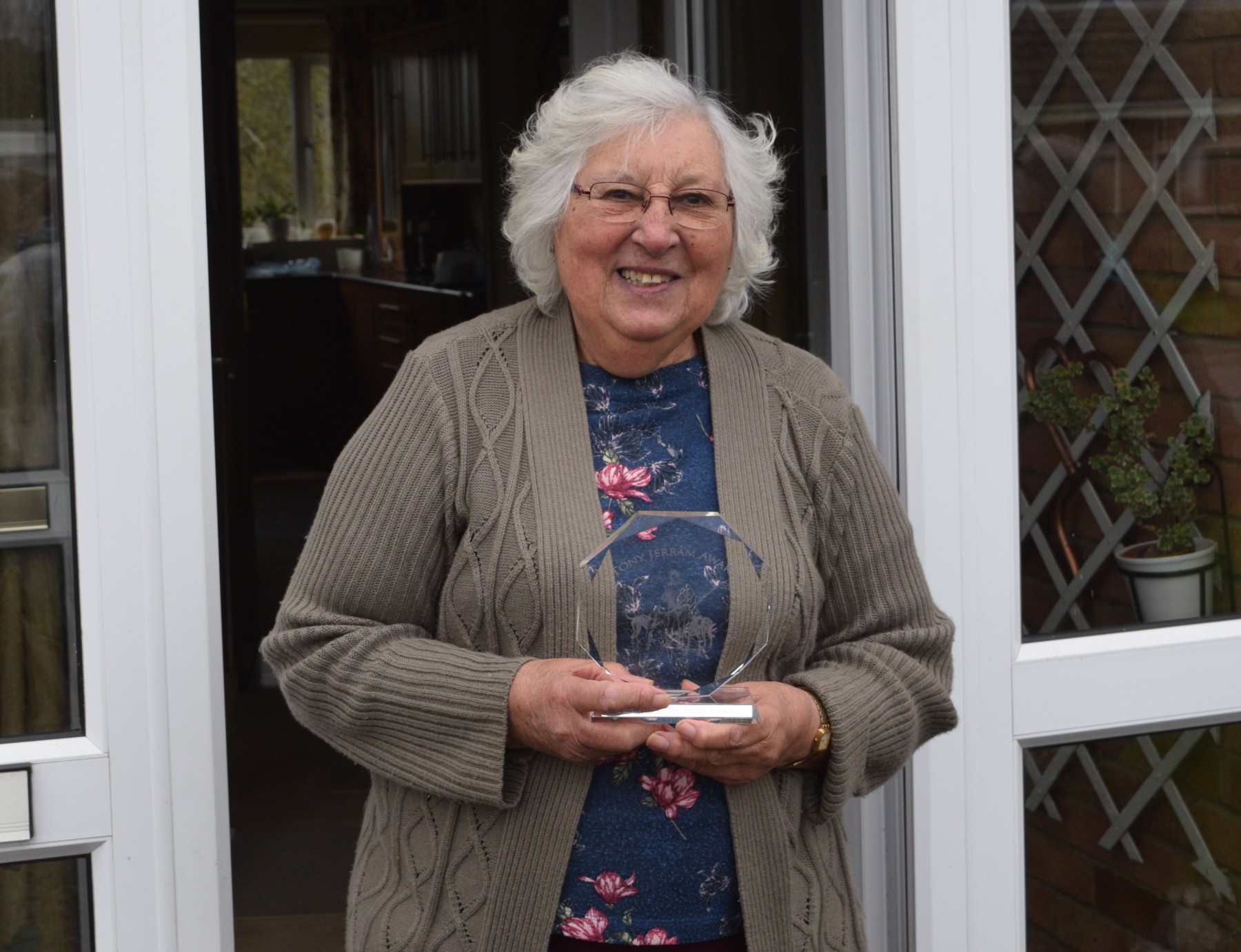 We were delighted with the response for nominations which shows there’s no shortage of very worthy people in the village.  This year the award goes to someone who has raised money for many organisations in the village: Mary Dore who has been given the award for her lifetime achievement.

These are some of the things that Mary has done.  In May 1982, an appeal committee was set up in order to raise funds for major work on the church. As a result the building was completely re-roofed in 1984 followed by extensive repairs to the tower which were completed in 1988.  Mary was closely involved with the fund raising and during the latter part of this period she served as Chairman of the committee where her hard work was an inspiration to all.

For many years till 2005 she ran charity bingos in the Village Hall - the Christmas ones were legendary for the quality of the prizes awarded.

More recently she ran the Over 60s’ Friendship Club, continuing until stopped by the current restrictions on socialising.

Mary has also been a great 'Street party' organiser in Seward Road whenever there has been a National celebration.

As well as helping out with older people and entertaining the cricket club in years gone by, Mary has arranged carnivals, bonfire nights, Jubilee 1977 and many other things too numerous to mention.

In the words of one person who nominated her:  “Mary has a great personality and a big heart, she is a true village character.  Her laughter is infectious and, as her husband, Gus, always said, Mary is like a helicopter you'll hear her before you see her. The kindness and help she has shown to friends, neighbours and many in the village is heartwarming.  She well deserves to have the award after many years of service to the village.”

Here are just a few of the comments that have been received on our Facebook page:

Normally the award would be presented in person by Mrs Barbara Jerram at the AGM but, with COVID-19 restrictions in place, this was not possible.  So instead, Mary's son, Martin, surprised her on her doorstep with the trophy.  Alan Tutton was there to video the event.  The first still photo shows Mary in 1977 (front row, second from right) at the Silver Jubilee celebrations when she was in "The Badsey Bunnies" football team; the second photo shows Mary at the VE Day commemoration in Seward Road in 2020.  We then see the video footage of Mary being presented with the award by Martin Dore.  The clapping in the background is from various members of the Dore clan who were gathered (at a social distance) in the street outside - they were sworn to secrecy not to say who had won until after Friday's AGM.