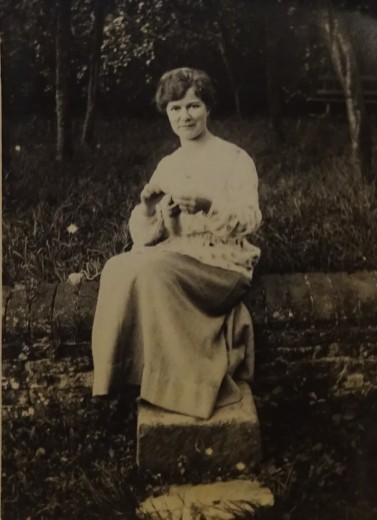 Mela Brown Constable in the garden of The Mill House, Strensham, near Eckington, Worcestershire, 1917.

In August 1917, Mela, who was in between jobs, went to stay with her friend, Elsie Jarvis, and her husband, John, who owned a cottage at Strensham.  In a letter of 9th September 1917 to her fiancée, Cyril Sladden, Mela enclosed the photo which had been taken during her stay.  Mela wrote on the back of the photo:  “Mrs Jarvis took this of me down at Strensham, sitting on the orchard wall, knitting socks for you!”