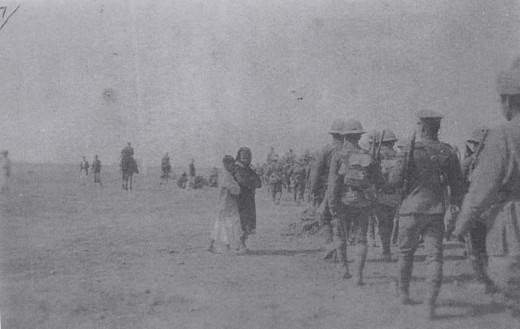 Baghdad was taken by the British on 11th March 1917.  The caption on this photo says:  “Nearing the end of the march to Baghdad (probably taken March 11th) with Baghdad just showing on left in distance”.

Cyril sent this photo to Mela in October 1917; she received it 7½ weeks later, as she revealed in a letter of 13th December:  “The latest dated letter I have received from you is Oct 22nd.  You enclose 16 little snapshots which are very interesting, the latest one showing troops marching to Baghdad.”