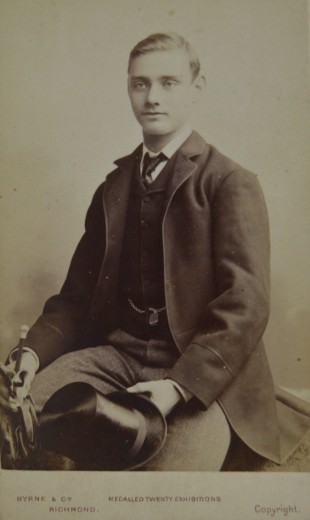 Studio portrait of Henry Dalgarno Robinson (1873-1954), known as Harry, aged 15, second child and only son of Frederick Dalgarno and Mary Anna Robinson, in 1888.  The photo was taken at Byrne & Co Studio, Richmond.

Harry is mentioned in numerous letters written by Mary Anna Robinson to her sister, Eugénie Sladden.

For the photo of Henry Robinson in later life, we are grateful to Jenny Gosney, his great-niece, for allowing us to publish a copy of this photo.