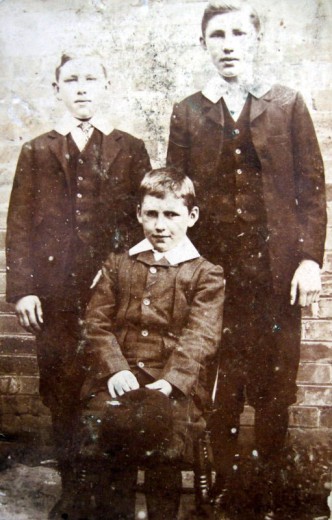 Three Mason brothers in their youth: from left to right Tom, George and William, who was the oldest and known as Bill. The family lived in Manor Road in 1911.

Tom and George served as soldiers. They are described in the article Wickhamford men in World War I. William's poor eyesight prevented him serving. He became Headmaster of Bengeworth School. A cutting from the Evesham Journal records him visiting the school in later life. Their mother, Elizabeth Mason, was a teacher at Badsey School.

See also the article on the Mason brothers of Elm Farm.