Wickhamford Manor was bought by Samuel Sandys in 1594 and he and his son Edwin are buried, together with their wives, in the grand tombs in the church of St John the Baptist, Wickhamford.  The Sandys family also owned Ombersley Court and descendants of Edwin lived there for many generations.  They owned Wickhamford Manor until it was sold to John Pickup Lord in 1869 but no further Sandys family members were ever buried in Wickhamford.

In Ombersley, St Andrew’s Church was completed in 1828 and the old church nearby, which it replaced, was largely demolished.   The plan of this church is shown below together with a drawing of the building. 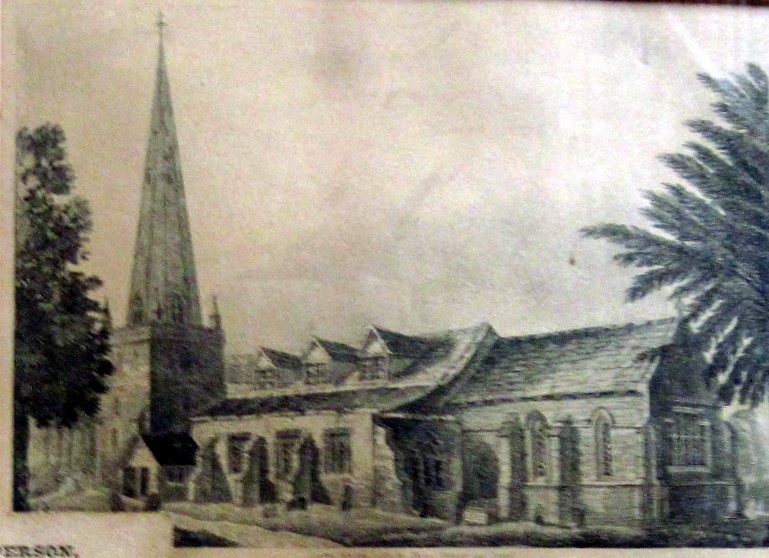 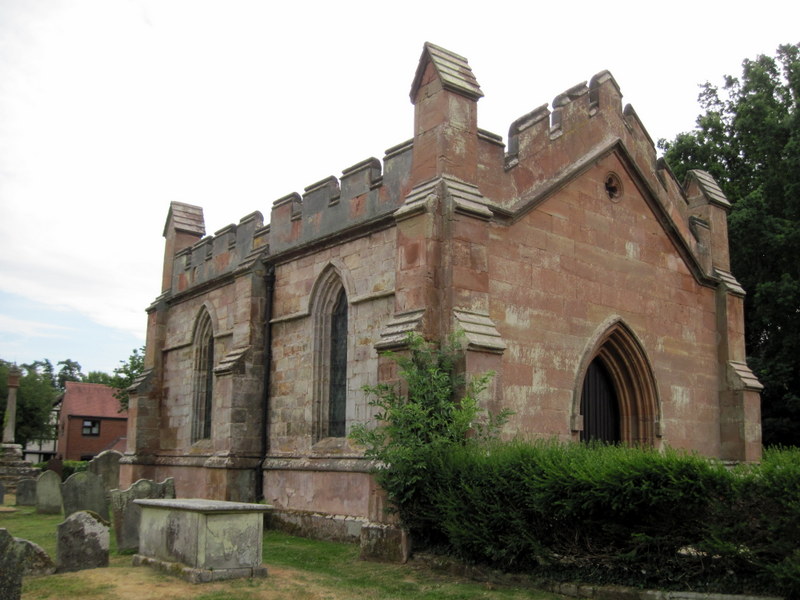 The one part of the old church left extant was about two-thirds of the chancel in which many members of the Sandys family were buried.  It is about 29ft x 21ft in size.  The east window was filled in and an enclosing west wall with entrance door was constructed.  Also, the walls were given new embattled parapets, supported on either side by three buttresses.  The building as it now exists is pictured right. The building is now referred to as the Sandys Mausoleum and it is not open to the public.

In July 2018 Val Harman and Tom Locke were permitted access to photograph the interior and the Sandys memorial tablets therein.   The building appears to be used for storage of materials concerned with maintenance of the large burial grounds around the two church buildings. The engraved stones marking the burial places of members of the Sandys and related families are very worn, but the memorial tablet and heraldic plaques are in good order.

Tablets in the mortuary

The following photographs are of tablets in the mortuary relating to members of the Sandys family who were owners of Wickhamford Manor and Estate.

There are also monuments to later members of the Sandys family in St Andrew’s Church.

Crests in the Sandys Mausoleum

The following crests are on the walls of the Sandys Mausoleum (the old church chancel). 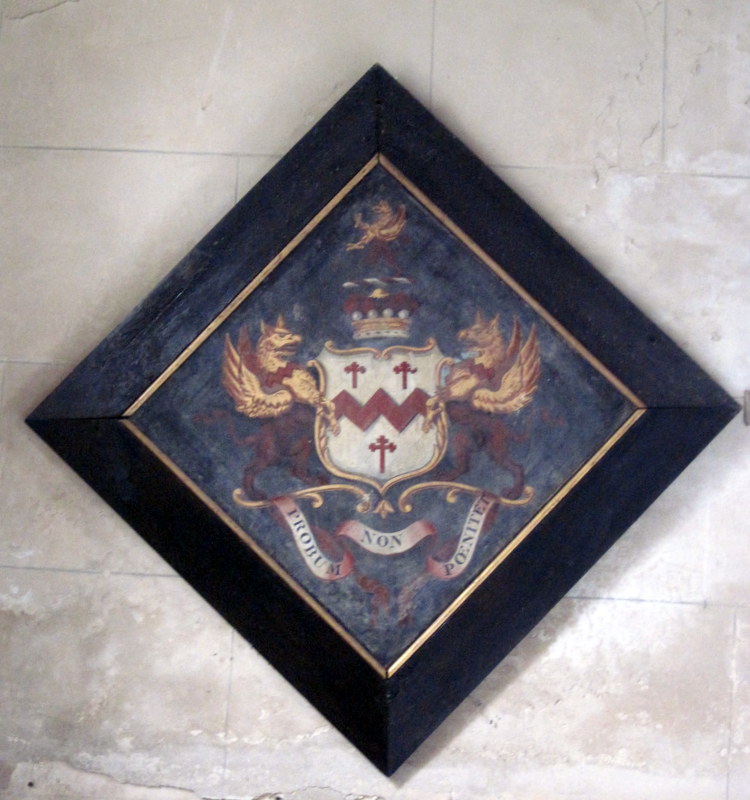 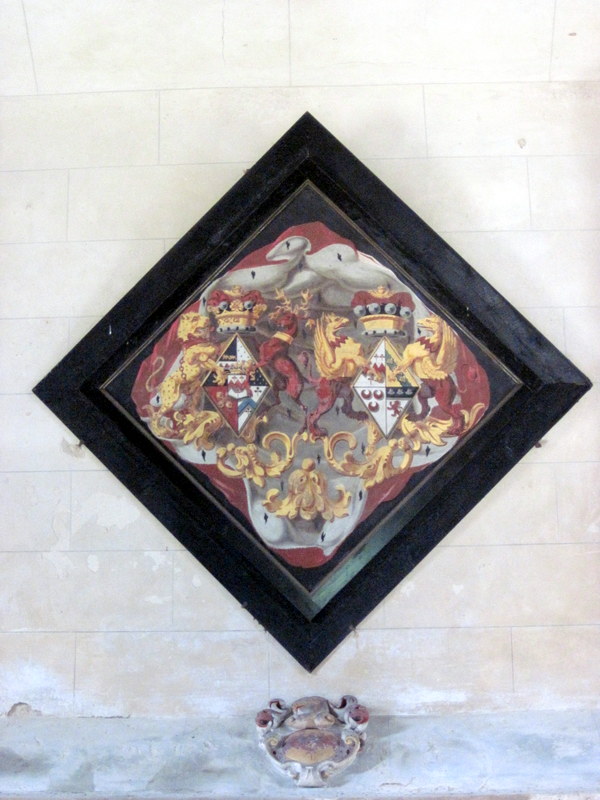 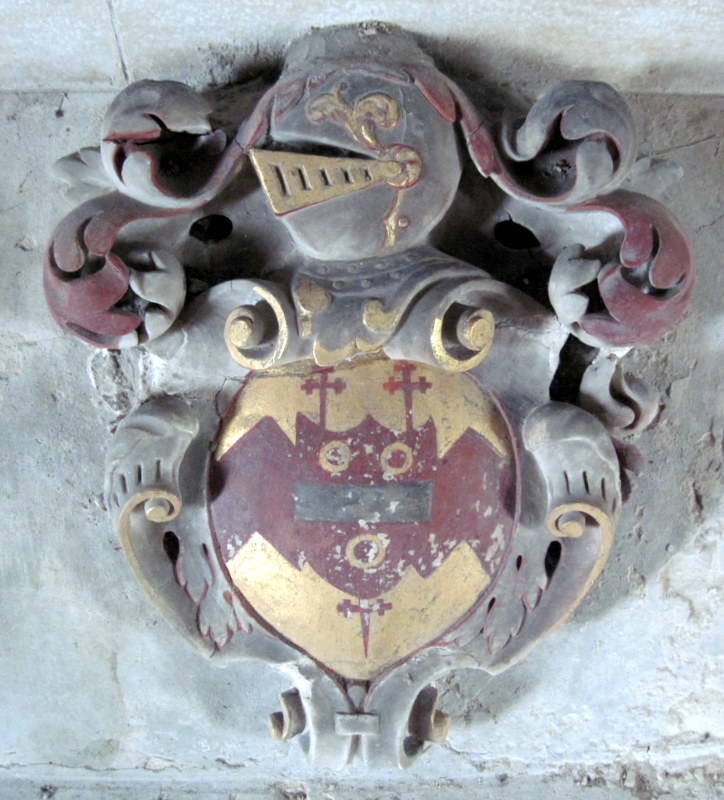