The road is so-called because it is the road leading from Bengeworth to Badsey. The present-day Badsey Road originates in the parish of Bengeworth in Evesham at the junction with Elm Road and Offenham Road. In 1987, the Evesham section of the road was bisected by the Evesham Bypass. Badsey Road forms part of the B4035 from Evesham to Banbury. The Aldington section of the road is just over a third of a mile long.

And we the said Commissioners do hereby certify and declare that we have not diverted changed or altered any Turnpike Road leading into through and over the Hamlet of Aldington aforesaid but have left the Turnpike Road leading from Bengworth to Bretforton of its former breadth except a small part thereof adjoining to a certain Bridge called Horse Bridge which small Path lying West of the said Bridge we have set out and continued of the breadth of forty feet.

A turnpike, together with a house for the toll collector, existed further to the east on land which is now in Badsey, at the junction with the present-day Synehurst. To this day, older residents of the parish still refer to this area as The Pike although no remains of the turnpike would have existed in their lifetime. Until 1920, The Pike marked the boundary between Badsey and Aldington, but now the boundary is Badsey Brook with the bridge marking the end of the Aldington section. In 1901 it was known as Bretforton Road, but at some stage during the 20th century, all the road west of the bridge became known as Badsey Road.

Whilst there are several houses in the Evesham section (both west of the Bypass and south of Badsey Road), the only housing development in the Aldington section is the house called Briarlea which was built at the end of the Victorian era.

Until the early 19th century, this land was part of the common fields of Aldington. In 1808, when the Aldington Enclosure Commissioners made their awards, this plot of land was allotted to the Curate of Badsey as his first allotment. Seven years later, when the Badsey Enclosure Commissioners made their awards, the Reverend Charles Phillott exchanged this land with John Procter. It passed by inheritance to the Reverend Thomas Clark who then sold the land to Thomas Byrd. In 1898, Thomas Byrd sold half an acre of the field called Penny Piece (in the most westerly part of the plot) to Emily Alcock. A further 1a 3r 14p adjoining was sold in 1899 to John Wilkes Rainbow. A house was built on the land in about 1900; it was initially referred to as Rainbow House but then became known as Briarlea. 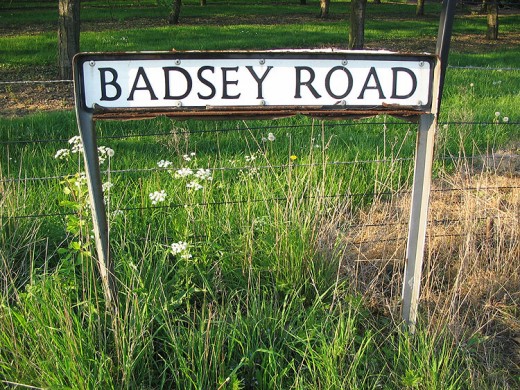 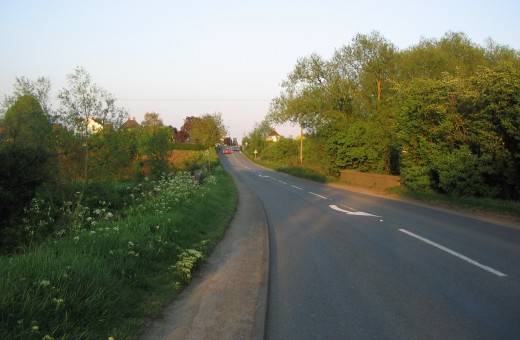