Chapel Lane is so-called because of the chapel (now a private residence) which was erected on the road in the 1870s. In 1807, when the Aldington Enclosure Map was drawn, this road was the north-eastern extension of a very long road known as Pitwell Road.  By the time of the 1939 register, it was being called Chapel Lane.

At the entrance to the lane, on the eastern side, Ivy House, dating back to about the 18th century, was situated, together with farm buildings and a pair of old cottages; they were, until the late 19th century, the only development along this road. In the 1870s, a chapel was erected just past the farm buildings, and a pair of semi-detached cottages. Ivy House and the farm buildings were demolished about 1970 to make way for the development of a cul-de-sac known as The Hop Gardens, but the cottages, called Ivy Cottages, survived (one half being given the address of Chapel Lane, the other half being given the address of The Hop Gardens). The former chapel was converted into residential accommodation in 1981 and, in the 1990s, two detached residences, Ivy House and Ivy Farm House (named after the house which had been pulled down) were built to the north of the original site.  In 2010, a new house, Ty Cerdd, was built on the west side of the lane.

With the exception of 1 & 2 Chapel Cottages, all of the houses in the lane have a name rather than a number.

The land on the east side of the lane was owned by Thomas Byrd who lived at Ivy House (demolished in the mid 20th century; the small housing development called The Hop Gardens now occupies the site). The land on the west side of the lane was part of the Aldington Manor estate.  Thomas Byrd and his neighbour, Arthur Savory (tenant farmer at the Manor), did not get on.  Thomas Byrd asked for permission to widen the road near the Nut Bush (roughly on the site where the house called Ty Cerdd is now located) which was a well-known landmark, but this was not granted. Donald Wasley, who grew up in Aldington between the wars, gives an entertaining account of this request as told to him by his father – see Letters from Don Wasley (1918 - 2000) and Roy Page about life in Badsey and Aldington. 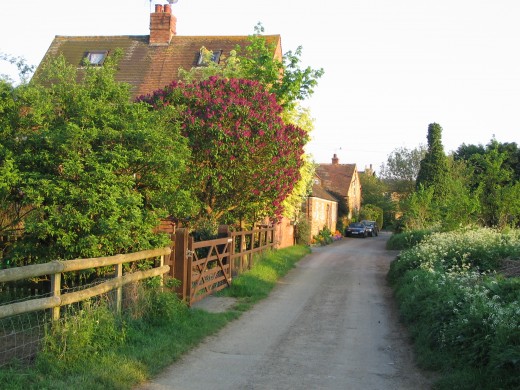 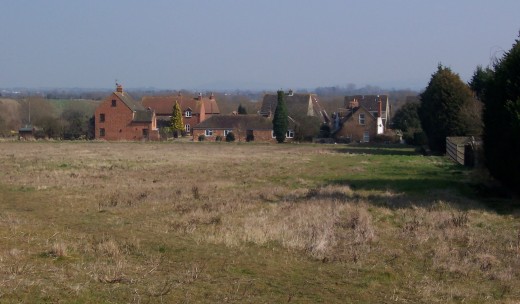