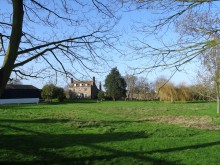 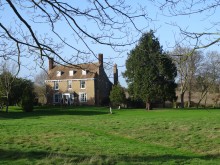 Goss Hall today is a Grade II listed manor house on the outskirts of Ash and operates as a Bed & Breakfast.  It was owned by four generations of the Coleman family from 1817 until the 1960s; Julius Sladden’s mother, Elizabeth Coleman, spent most of her childhood at Goss Hall.

In 1966, Thomas Petley Coleman presented on permanent deposit to the Museum of English Rural Life 121 documents relating to Goss Hall.  It is believed he sold Goss Hall before his death 1988.