Badsey Blacksmith – the end of an era

David was the third generation of Caswells to perform the role of blacksmith.  It was David’s grandfather, Frank Caswell, who had arrived from Bretforton at the Chapel Street premises on 14th February 1909 to start his own business.  An important event occurred just over a month after the move to Badsey when Frank’s wife, Charlotte, gave birth to their son, Richard Henry (Dick).  After leaving school, Dick became apprenticed to his father.

In turn, David, Dick’s son, joined the family business in 1955.  He also undertook an apprenticeship course at Hereford College and became a skilled metal work and agricultural engineer and a qualified gas and electric welder.  Unlike his father and grandfather before him, the farrier’s work made up only half of his business. The photos below, taken in June 2002, show David Caswell at work in his forge (photos by Terry J Morgan of Chipping Campden with thanks to Sarah Bent). 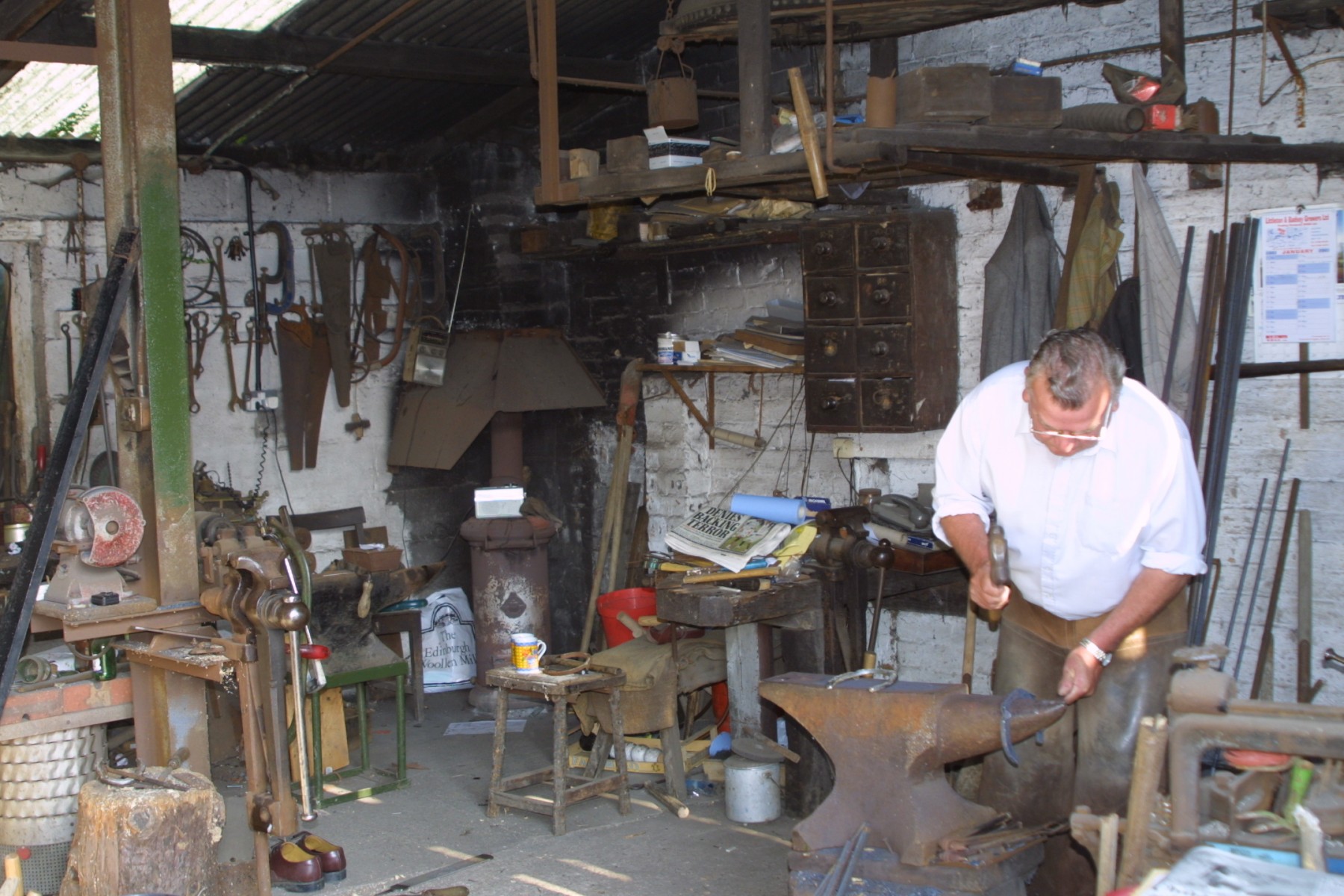 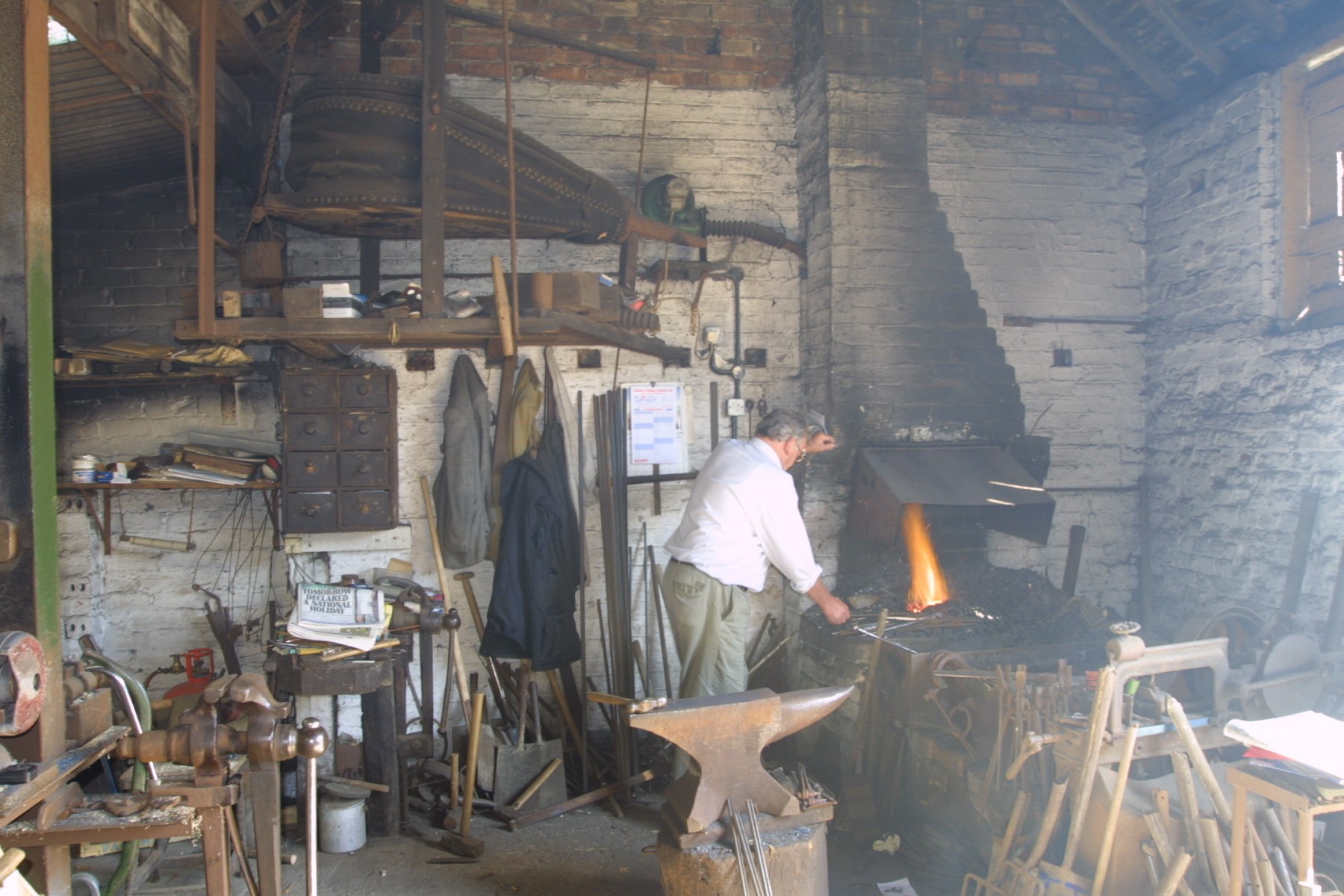 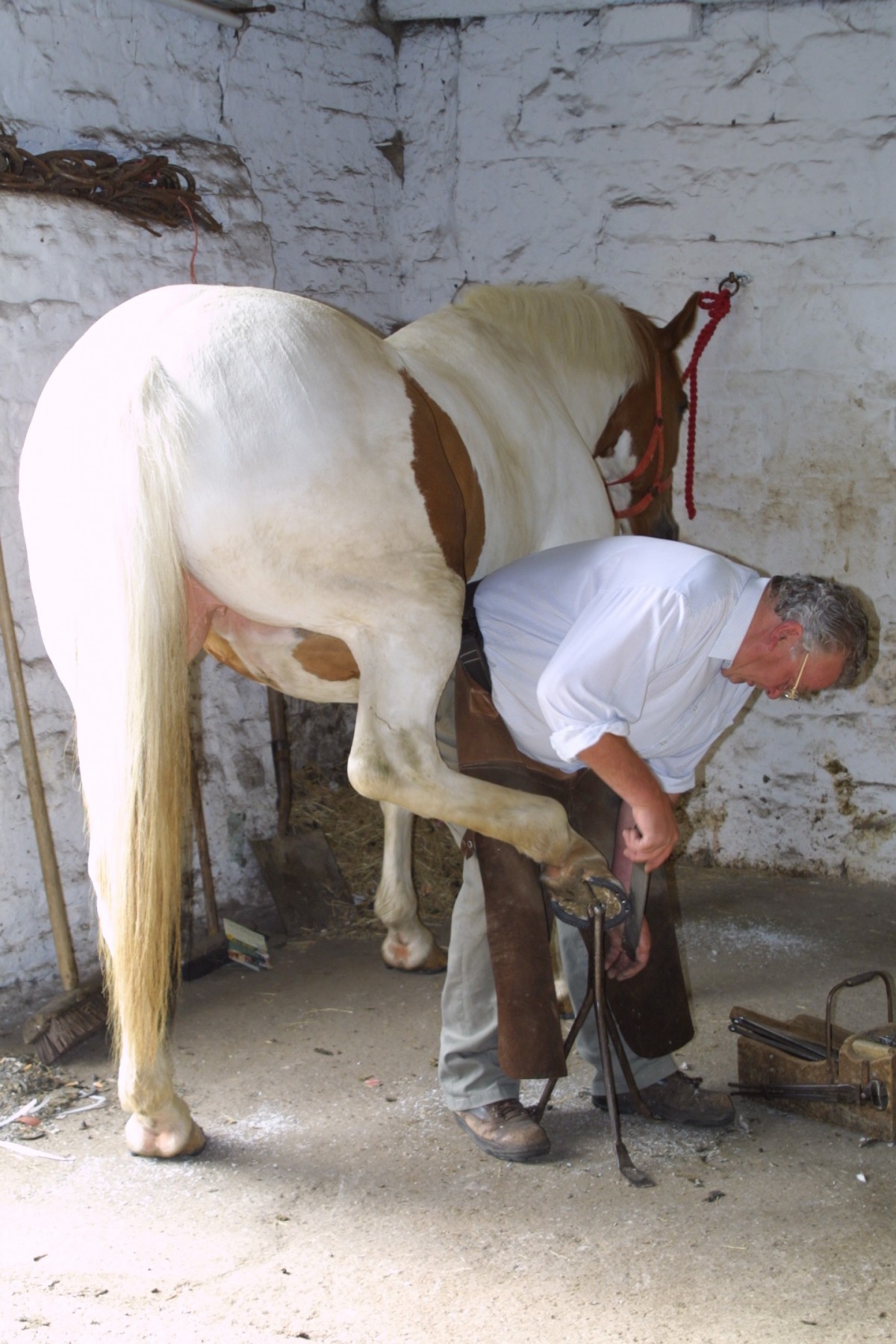 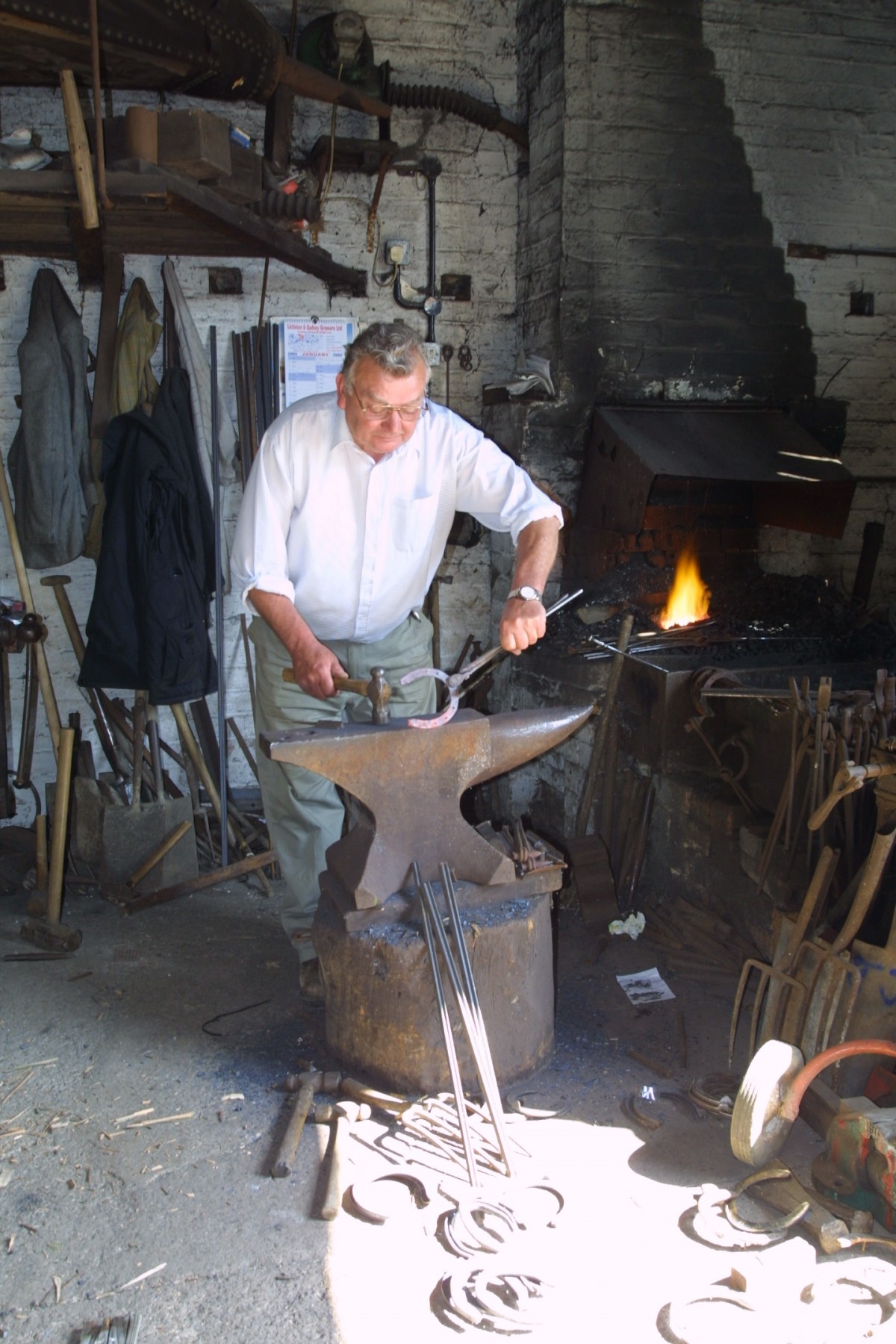 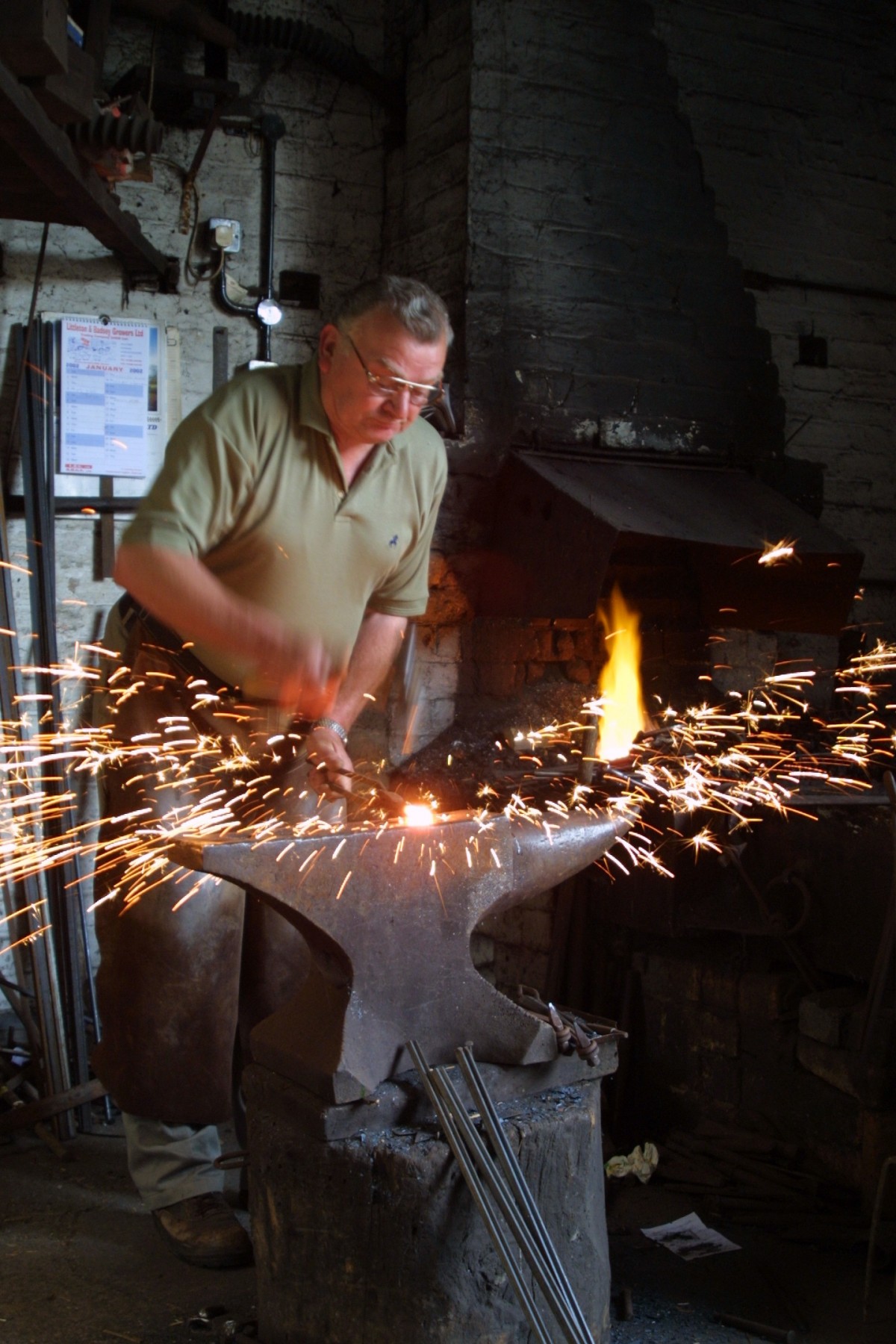 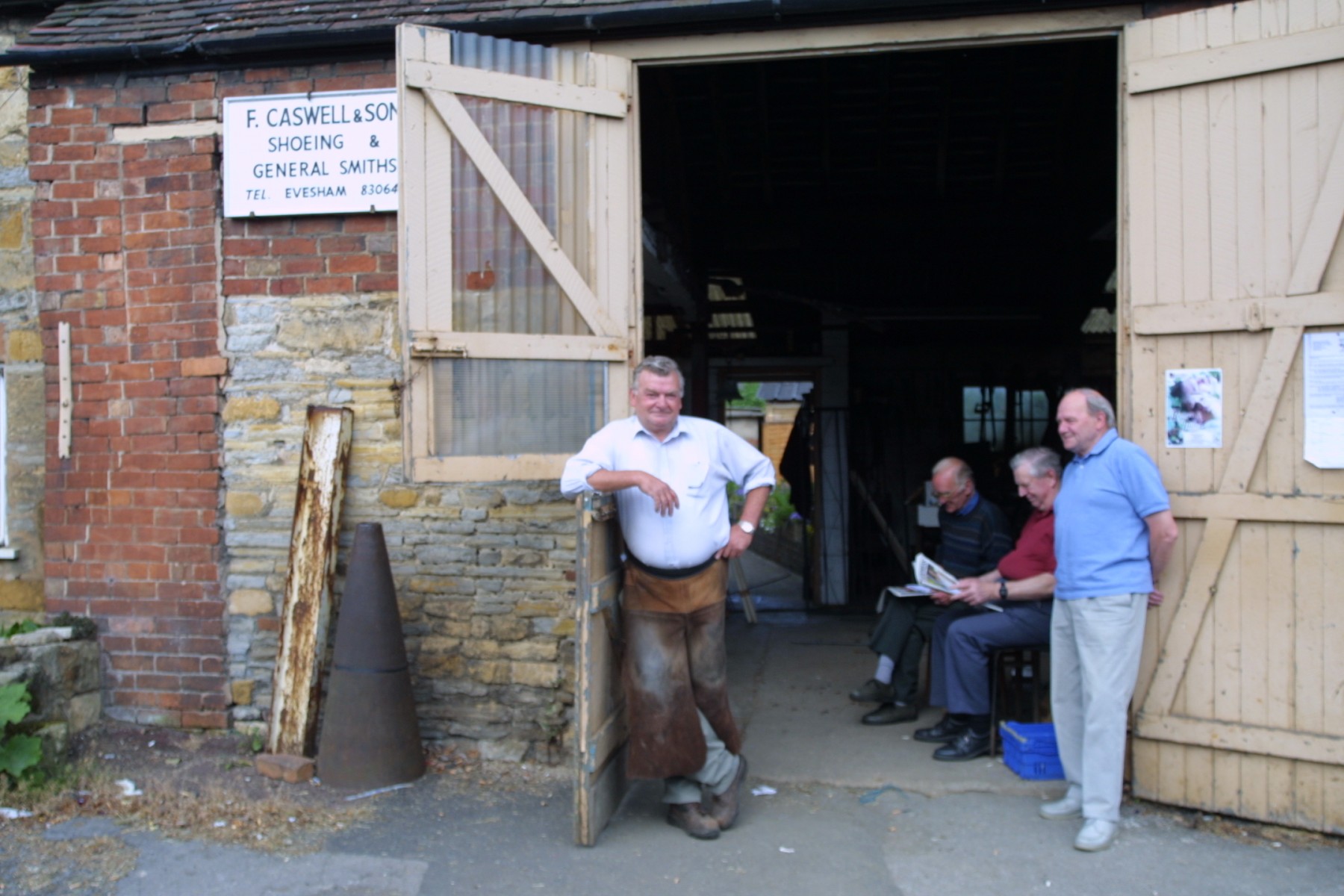 In retirement, it was David’s skills as a raconteur that were uppermost and people travelled from far and wide to view the forge which had changed very little since his grandfather’s day.  Outside of a museum, you would be hard-pushed to find a traditional smithy such as the one in Badsey.

Until fairly recently, David liked to watch the comings and goings of village life from his forge, which formed a regular meeting-place each morning for his friends. 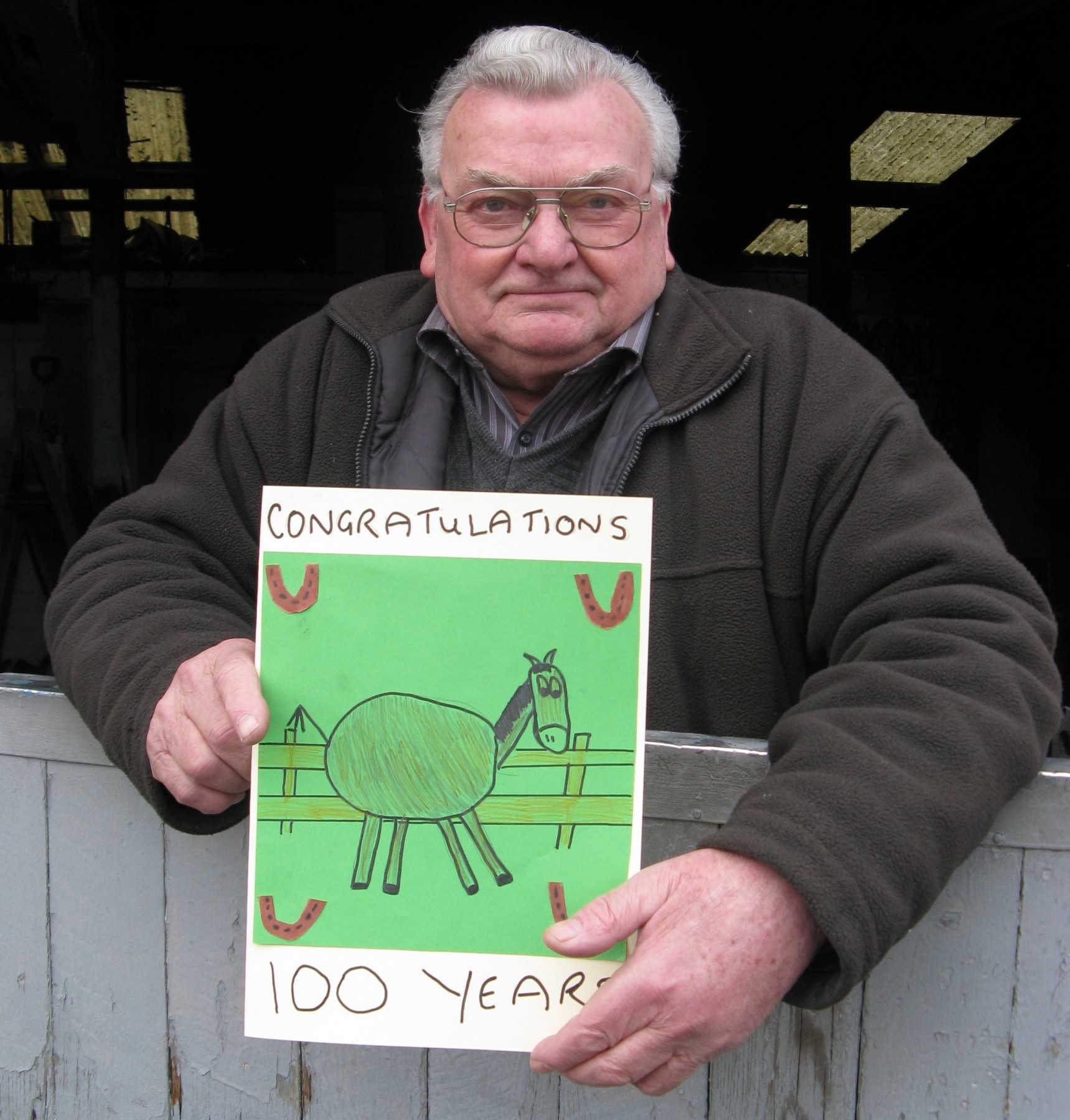 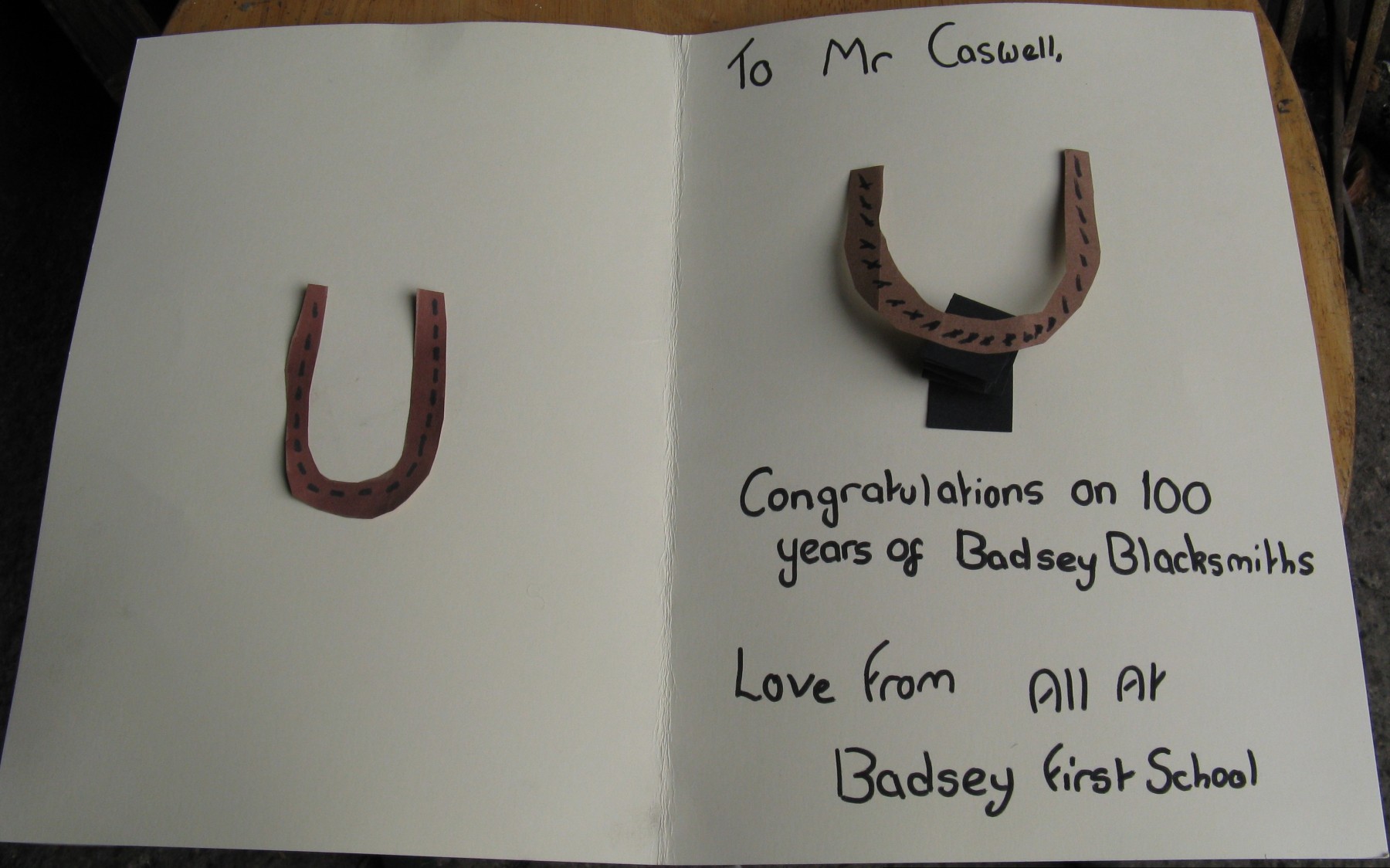 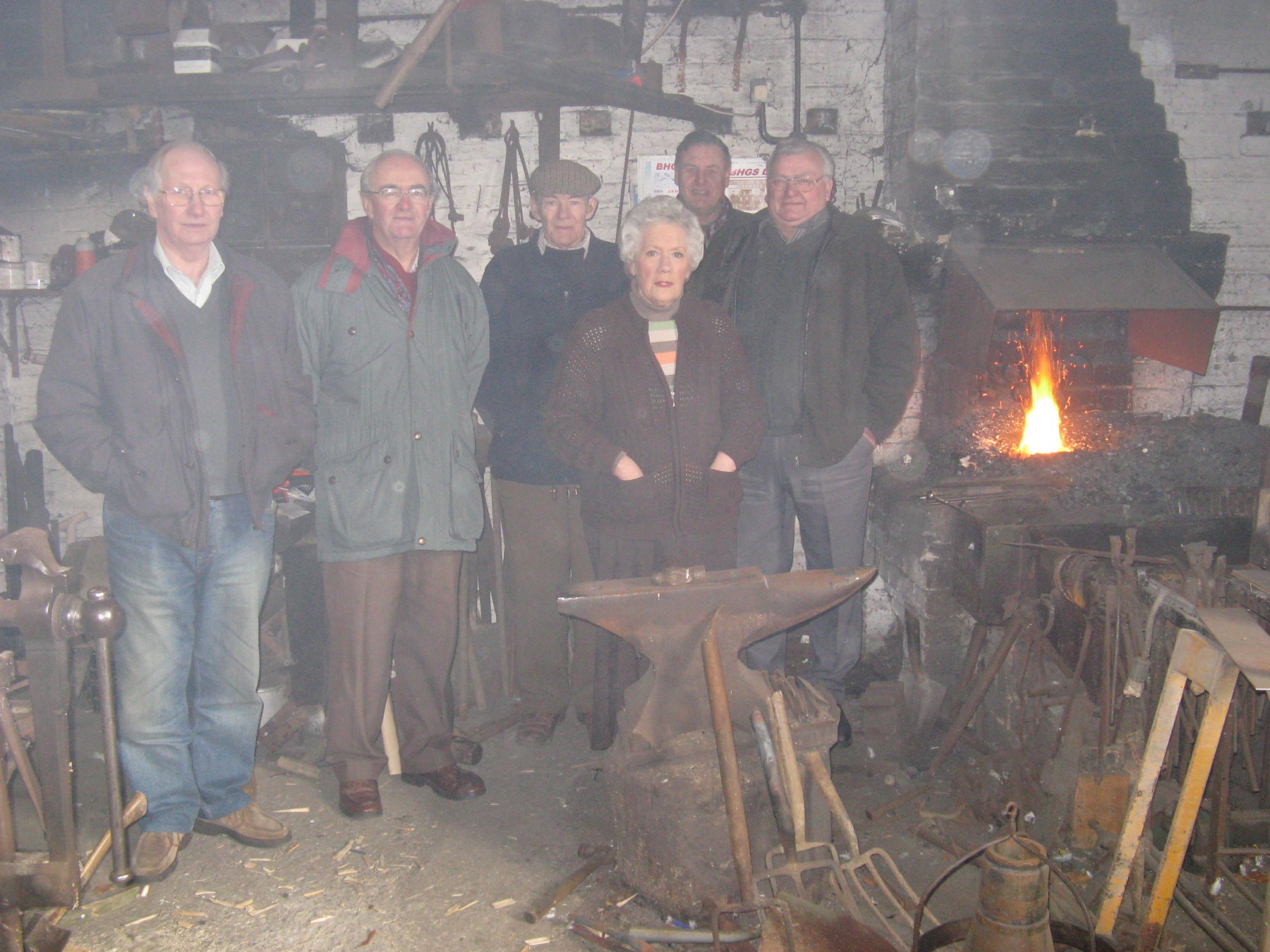 In 2009, David Caswell celebrated the centenary of his family business. The children of Badsey First School made a special card for him and friends congregated to mark the occasion (photos, Maureen Spinks).

A walk down Chapel Street will not feel the same now that there is no longer a Caswell at the forge.

A fuller account of the Caswells’ blacksmith business, and earlier village blacksmiths, may be found in Chapter 1 of Aldington and Badsey, Villages in the Vale: A Tapestry of Local History.

Over the years, many column inches have appeared in local papers about the Caswells.  Here are some which are in our archive: