Manor Gardens is so-called because it once formed part of Aldington Manor garden.

Manor Gardens is a development of four detached bungalows, built in the 1970s by David Brazier on the east side of Village Street.

The numbering is 1-4 going in a clockwise direction.

In 1807, at the time of the Aldington Enclosure Act, this plot of land was an old enclosure comprising part of Aldington Manor House owned by George Day. On 6th October 1808, just two days after the Enclosure Awards, George Day sold this and the rest of his estate to James Ashwin of Bretforton. The house and gardens remained in the Ashwin family until the middle of the 20th century. The Manor House, and all the land on the east side of the street, was then sold to Mr Jerrim, a Birmingham businessman. He died intestate and the land was sold off to have a fair distribution in the family; it was bought by David Brazier in the 1960s and he developed the land. Mr Jerrim’s two daughters were the first occupants of Number 1. 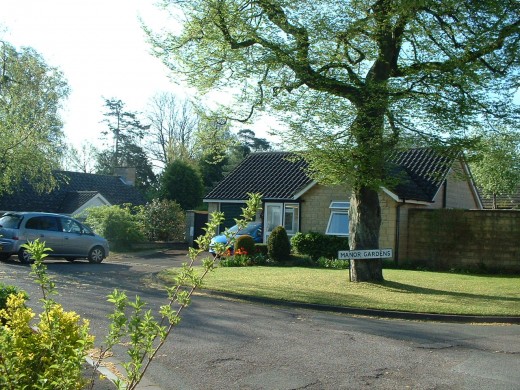