Main Street is so-called because it is the main road in Aldington but, in 1807, when the Aldington Enclosure Map was drawn, it was known as Pitwell Road. It ran from the current-day Offenham Road to the centre of Aldington; it then split, one branch going north along the current-day Chapel Lane and one branch going east along the current-day Mill Lane. In the mid 19th century, the most north-westerly section of the road was stopped up when the Oxford, Worcester & Wolverhampton Railway was built over the land. Access to the Littleton Turnpike Road (Offenham Road) was thereafter by means of a new road constructed (Sidings Lane) which took a more westerly direction. This map drawn up by the Road Surveyor in 1846 shows the planned diversion.

For several hundred years, Main Street, together with Village Street, was where most of the housing in the village was concentrated. Three houses still exist on the north side which date back to the 17th/18th centuries. There were also several cottages in existence on the south side in 1808 but these were pulled down in the 19th century.  Except for the building of two pairs of semi-detached cottages (Half Acre and Lokos) in the 1850s and a detached house (Beeholme) at the beginning of the 20th century, further development did not take place until the latter half of the 20th century when six new houses were built on the north side and 13 new houses were built on the south side.  In the 21st century, two new houses have been built (The Swallows and The Alm).

The village pump was situated at the intersection of Main Street with Village Street. Children living in Aldington in the mid 20th century still referred to the area as "the pump" but it had disappeared some considerable time before.  A seat now marks the spot where it once stood.

This photo of Main Street was taken about 1900.

All of the houses have names rather than numbers. 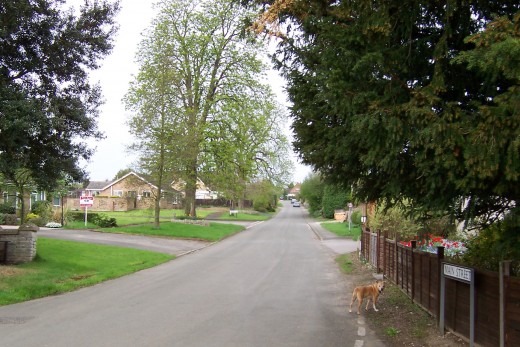 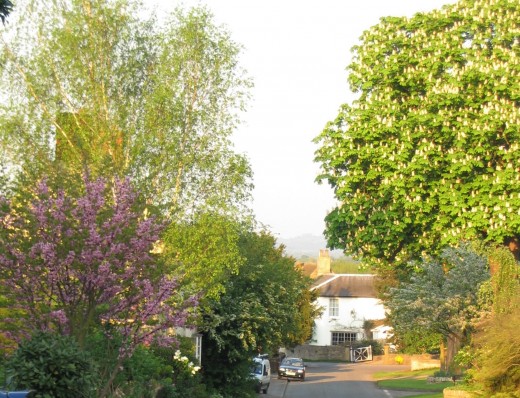