The Tony Jerram trophy is an engraving on crystal of Tony Jerram with his greyhounds, based on a photograph taken in the driveway leading to Harrington House.  Maureen Spinks, Tony’s neighbour, had taken the photo, in about 2007.  Following Tony’s untimely death, this photo was used by Ian Gibson to make a line drawing for the dedication page of the forthcoming Badsey Society publication, Aldington and Badsey, Villages in the Vale – A Tapestry of Local History.  Tony had been due to be co-editor of the book with Richard Phillips, but this was not to be.  It was then decided to use this image also for the trophy.  After discussions with Tower Trophies, it was agreed that it should be done on crystal and set on a wooden plinth with winners’ names engraved on a brass plaque. 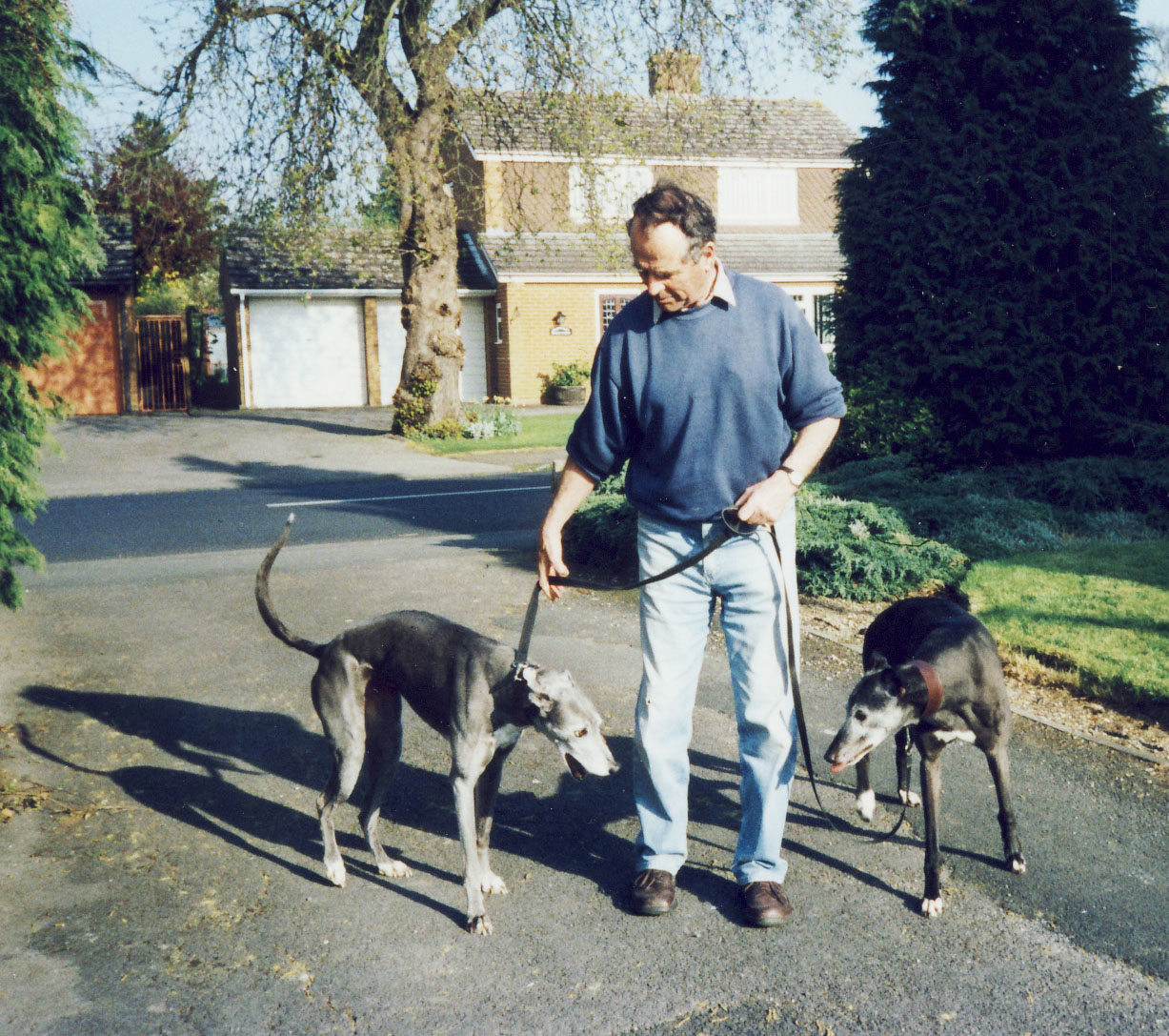 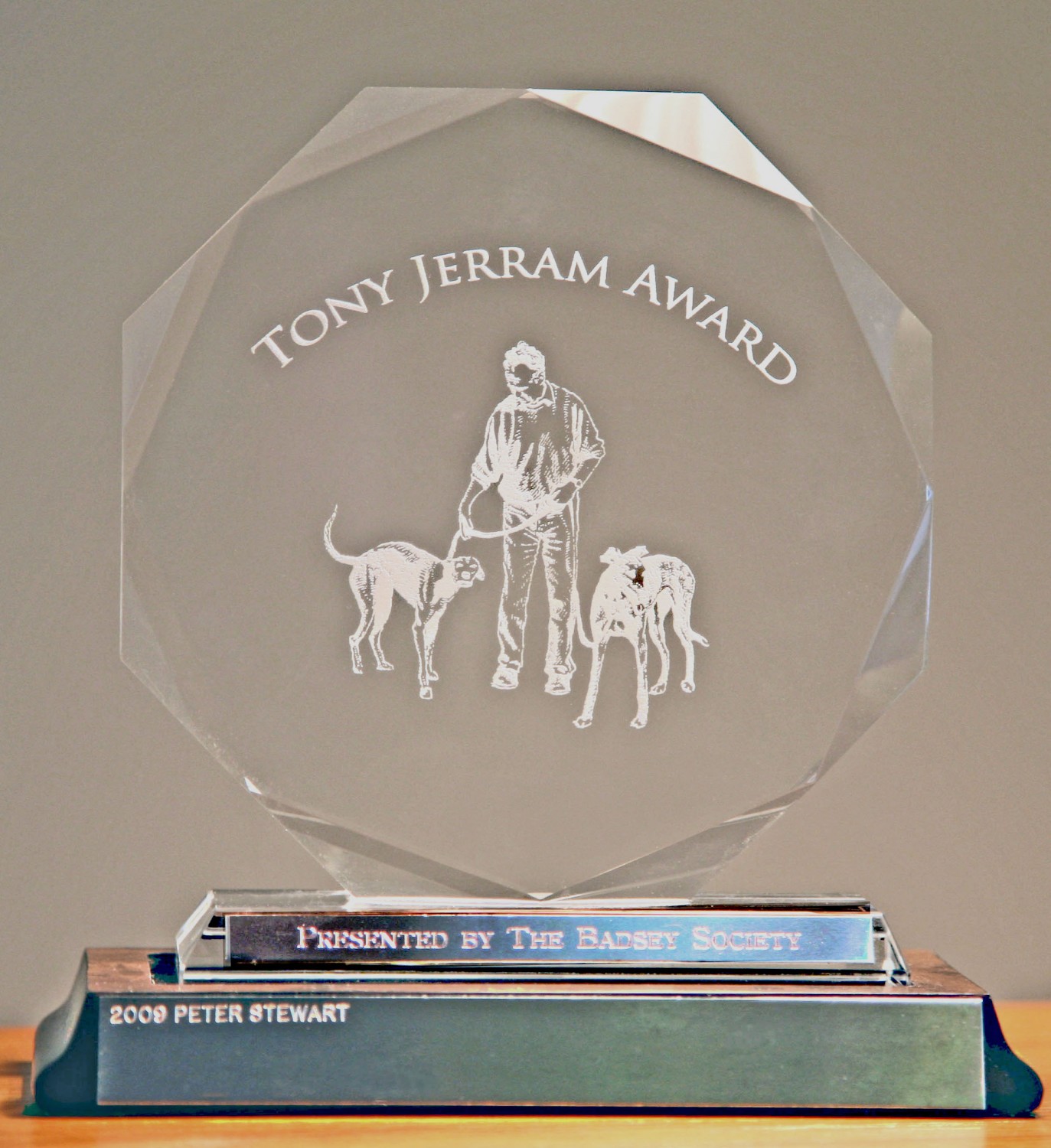