Lodge Park Drive has a postal address of Evesham but is located in the parish of Aldington and the Badsey ward/electoral division.  The road is so-called because it is named after Aldington Lodge which was built on the land in 1858 and demolished in December 2018.

Lodge Park Drive is a private development of 3, 4 & 5 bedroom houses built by Redrow next to The Parks in Aldington in 2017-2019.  Prior to that, the only house to be built on the land was Aldington Lodge in 1858.  Whilst the new houses were being built, Aldington Lodge remained standing.  Discussions took place about its future with the possibility of its use as a community centre being raised but, in the end, demolition was agreed and three new homes were built on the site in 2019 (Nos 12, 12A & 12B).  An archaeological dig paid for by Redrow in 2016 uncovered a burial site and the amazing discovery of a complete, bell-shaped pottery jar of the type known as a beaker, dating back to 2500-2100 BC. 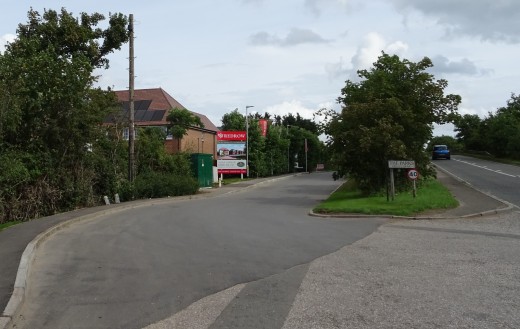 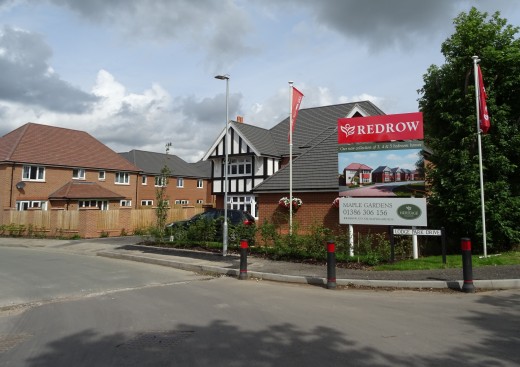 East side of Lodge Park Drive including Aldington Lodge, August 2017. 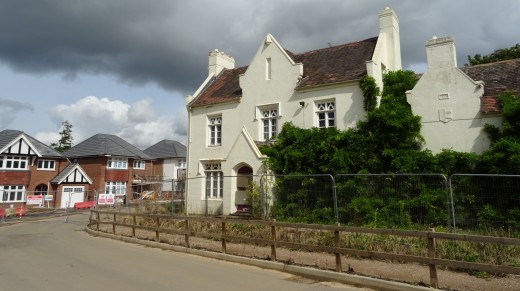 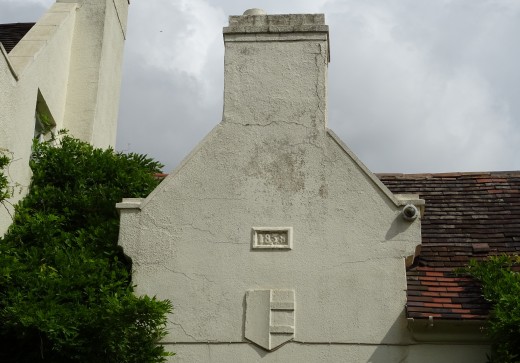