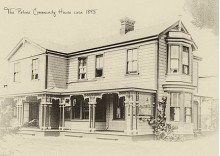 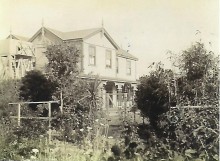 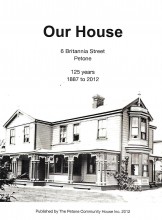 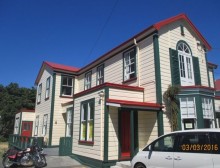 From the late 19th century, the New Zealand branch of the Sladden family lived at Petone, a suburb of Lower Hutt in the Wellington region.

Dilnot and Elizabeth (Bessie) Sladden moved from the South Island to Wellington on the North Island to a house which was built in 1887 and was located at 6 Britannia Street.  Dilnot died in 1906 and Bessie in 1922.  The house was sold following Bessie's death to Mrs Caroline Barlow.  The house is now owned by the local council and is run as a community house.

Petone was first settled by Europeans in 1840, making it one of the oldest settlements in the Wellington Region.  It is located at the southern end of the Hutt Valley, on the northern shore of Wellington harbour. The name, from the Maori Pito-one, means "end of the sand beach".  It became a borough in 1888, and merged with Lower Hutt City in 1989.