At the time of the outbreak of the Second World War everyday life in the country changed considerably. Men were called up for War service, rationing of food and petrol was introduced and civilians were encouraged to join voluntary organisations to support the War effort.   In Wickhamford, at least thirty-six men joined the Services and others joined the Home Guard when it was formed.  More joined the newly formed voluntary organisations, such as Women’s Voluntary Service (W.V.S.).

This article gives information on the men and women of Wickhamford who joined these organisations.  In late 1939 a National Register of the population was drawn up, listing names, dates of birth, occupations and locations.  As well as occupations information was entered as to whether the person belonged to any organisations or had qualifications useful to the War effort.  In the Register for Wickhamford a number of people have such details in their entry and this forms the basis of the information that follows. Recruitment posters were used to encourage people to volunteer and examples of these and some other documents are presented. 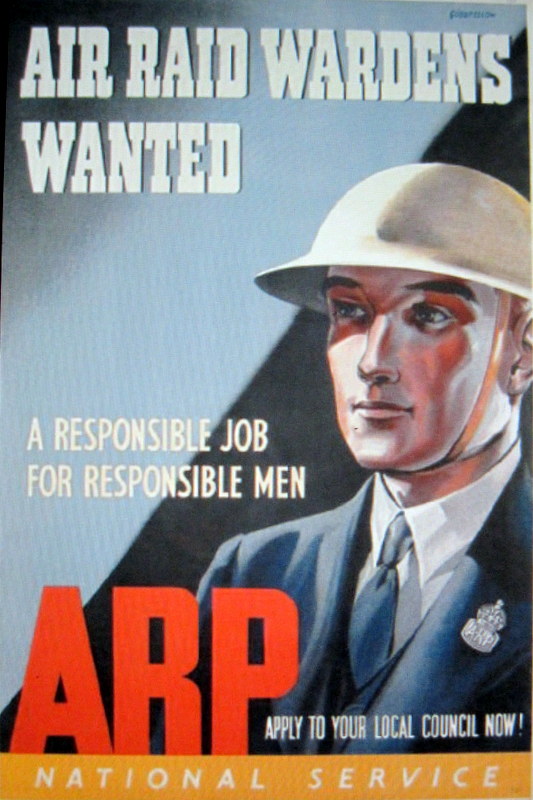 In April 1937, the Air Raid Wardens’ Service was created with the aim of seeking 800,000 volunteers.  The Wardens gave A.R.P. advice to the public and were responsible for reporting bombs and other incidents.  On 1st January 1938, the Air Raid Precautions Act came into force, compelling all local authorities to begin to create their own A.R.P. services.  The Wardens had to ensure the blackout was observed, sounded air raid sirens, issued and checked gas masks and dealt with the result of bombing incidents.

In the Register, George Lees-Milne, of Wickhamford Manor, is recorded as a Head Warden of the A.R.P.  He would have been responsible for ensuring that black-out restrictions were observed in Wickhamford.  When the Local Defence Volunteers, later the Home Guard, were raised he joined them, to later command the Broadway Company of the 4th Worcestershire (Evesham) Battalion.   His place as Head Warden was taken over by Ernest Sturt, who ran Leystones Garage on Longdon Hill.  He also became Officer Commanding ‘G’, Evesham, Company of the 2nd Cadet Battalion of the Worcestershire Regiment.

Also listed as A.R.P. wardens in the Register were Frederick Cox, a market gardener, who lived at 15 Council Houses, on Pitchers Hill and Hilda Fraser Brown of Weathervane Cottage in Manor Road.  Others from the village who joined were Vernon and Jarrett Pethard, of Coronation Villa, next to the Sandys Arms. 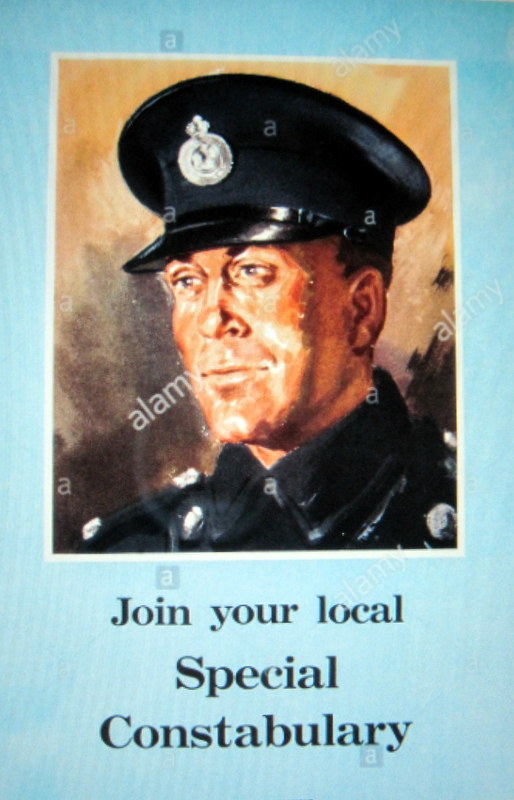 The Special Constabulary had been in existence from 1831, originally to deal with times of unrest.  During the Second World War, besides normal duties, they were trained to deal with a range of eventualities such as first aid, initial coordination of the security of aircraft crash sites, clearing people from the vicinity of unexploded bombs, the handling of unignited incendiary bombs and checking compliance with lighting regulations.

Ernest Sturt, (mentioned above), who in the 1920s had been Chief Constable of Bacup Borough Police force in Lancashire, became a Special Constable after the Register was drawn up. 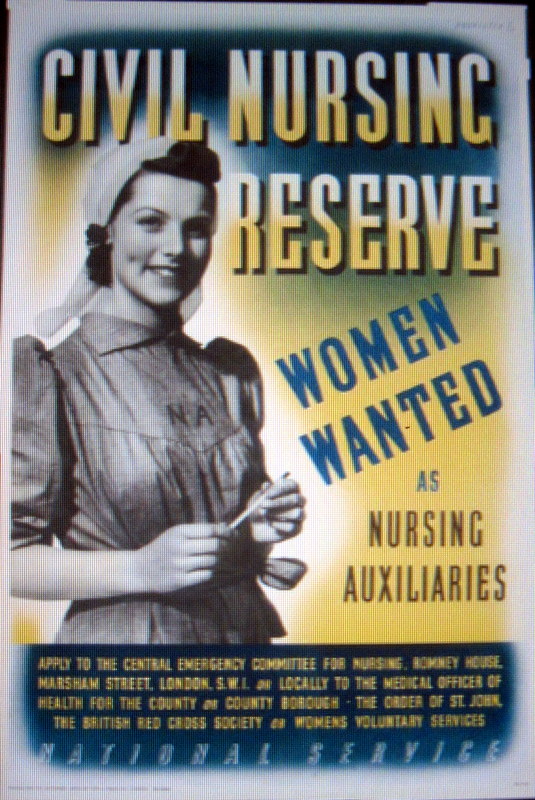 In the months leading up to the War the Ministry of Health was required to increase the number of beds available in civilian hospitals for anticipated casualties from air raids.  The Central Emergency Committee for the Nursing Profession was appointed to organise a Civil Nursing Reserve to provide the additional nursing staff required to treat civilian casualties.  It was inaugurated in January 1939 and set up local committees across the country.  It recruited state registered nurses, assistant nurses and nursing auxiliaries.  The latter could be aged between 18 and 55 with no previous experience, but a willingness to undergo a short course of training.

They were to be paid and rations and a uniform was provided.  In Wickhamford, three women were recorded with the abbreviation ‘C.N.R.’ denoting this qualification.  Two were Rosemary Loehnis, of Hodys Place, Manor Road, the wife of Lt-Commander Clive Loehnis R.N., and Janet Gould, who worked for the family as a child’s nurse.  The third was the Honourable Lady Ryder (Dorothy Beryl Collins Ryder) who was living in Robin Cottage, Manor Road.  She was Rosemary Loehnis’s mother and had moved to Wickhamford at the outbreak of War. 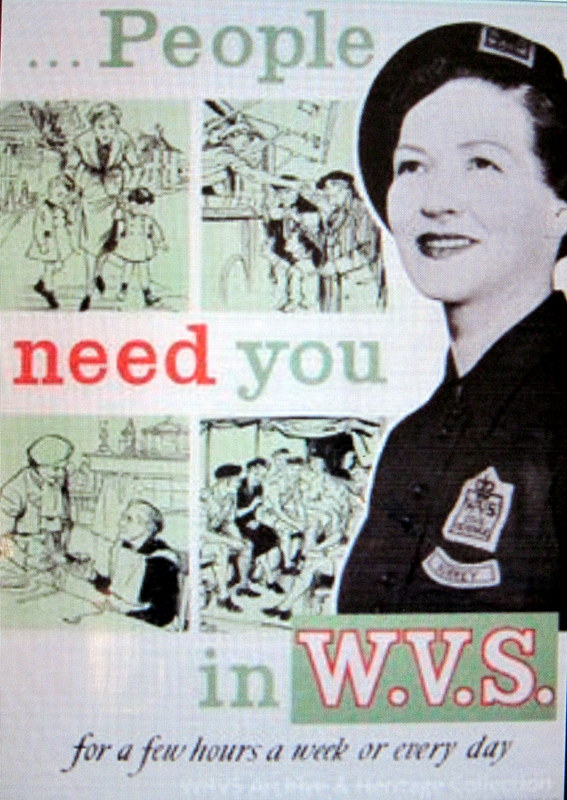 The W.V.S. was founded in 1938, and was originally set up to train women to be able to help with air raid precautions.  It soon developed into running emergency rest centres, feeding, first aid and assisting with the evacuation and billeting of children.

In 1940, a newspaper photograph appeared of a W.V.S. knitting party at Wickhamford Manor. It reported that ‘To date the party have supplied 440 comforts and 26 W.V.S. badges have been earned’. (The Tewkesbury Register of 27th April 1940).

These were issued by the British Red Cross Society and the St John’s Ambulance Association.

Two women were noted in the Register as having First Aid Certificates.  These were Florence Fawtrell and Gertrude Diston who were employed by the Lees-Milne family at Wickhamford Manor as a cook and housemaid, respectively.  It would seem as if Helen Lees-Milne was ensuring that her staff were getting qualified for emergencies.  As she was involved with the St John’s Ambulance Association, it is likely that Florence and Gertrude’s certificates were awarded by this organisation. 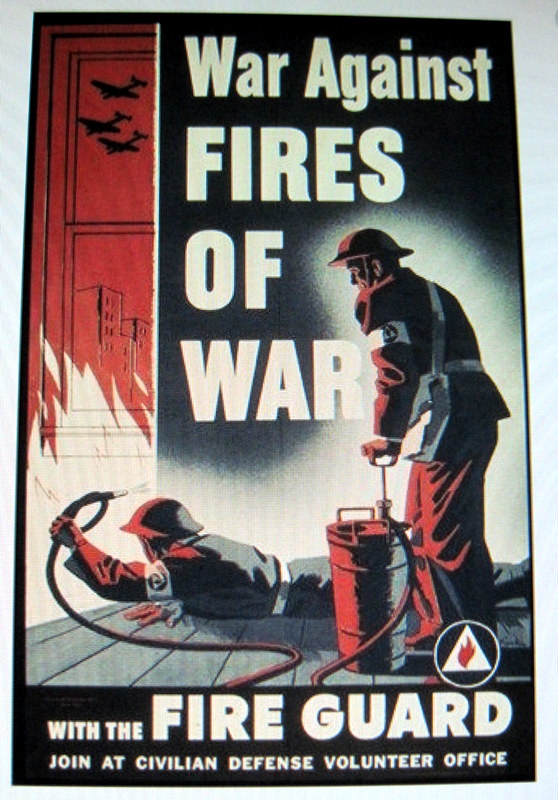 The Fire Watcher Service was formed in September 1939.   In January 1941, a Fire Watchers scheme was instigated. This new decree meant buildings within certain designated areas had to have a fire watcher present 24 hours a day. They were to deal with incendiaries as best they could and call on the assistance of the fire and rescue parties as need be.  Fire Guards, both men (aged 16-30) and women (aged 20-45) could be called up for duty and volunteers were also accepted (men up to age 70 and women to the age of 60). Generally, the duties of watching buildings was tedious, with long nights, and proved highly unpopular.

Fire Guards did not receive any official uniform but generally wore civilian clothes or a boiler suit. They would be issued with a helmet, armband, torch and a means of dealing with small fires – a stirrup pump -and a scoop for picking up incendiaries and a bucket of sand to put them out.  Albert Harman, of 1 Longdon Hill, is known to have been a Fire Guard.

The announcement of the formation of the L.D.V. was made by Anthony Eden on 14th May 1940.  Volunteers were told that they would not be paid, but would receive uniforms and be armed.  Men between the ages of 17 and 65, who were not already in military service could enrol at their local police station.  By July 1940, 1.5 million men had volunteered.

These precursors of the Home Guard were not enrolled until after the 1939 Register was compiled but, as mentioned above, George Lees-Milne, became an officer.  Others from the village who joined up included market gardener, Frederick Mason and handicraft teacher ‘Bert’ Collett.  Both lived on Pitchers Hill and Tom Herbert Collett had been in the Royal Field Artillery in the Great War.  Other members were Harold H. Southern and William Howells, market gardeners of Pitchers Hill and William Walters of Manor Road.  Many other market gardeners would also have been in the Home Guard.  Sydney Carter, an Insurance official, of Shire End, Pitchers Hill, was appointed training officer of the 4th Worcestershire Battalion, reaching the rank of Major and receiving the M.B.E. (Mil.) for his services in the New Year Honours of 1943.  Frederick Taylor, of the Council Houses, was a bricklayer’s labourer, but became a sergeant in the Home Guard. 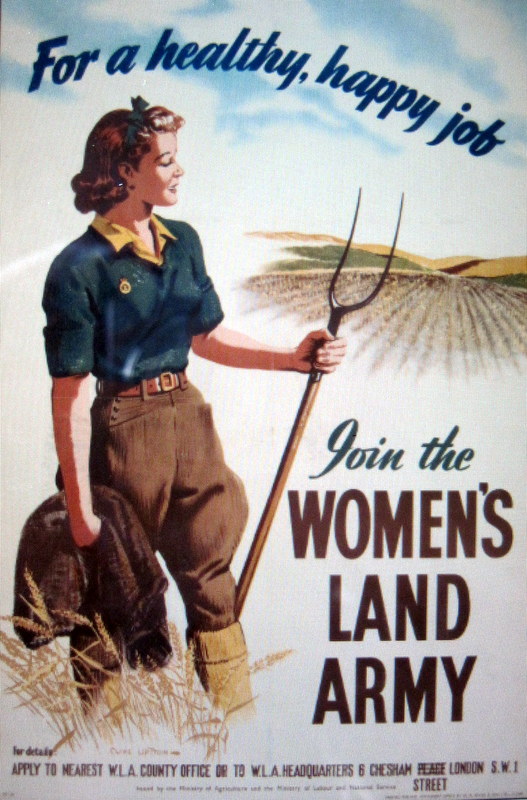 The Women’s Land Army was started in July 1939 as more help was needed on farms when men were enlisting in the fighting services.  At first the women were volunteers, but it was later supplemented by conscription.  By 1944 it had over 80,000 members.

In Wickhamford, the Manor was used to house ‘Land Girls’ during the War.  An account of this time is given in the article about Joan Galloway, in a photo of three Land Girls with Wickhamford Manor "matrons",  and a selection of photos from Joan's photo album of the period.  About 25 girls were billeted at the Manor during the War, many coming from the Birmingham area and one, Violet Winifred Hopkins, married in the village Church, in 1944.

There are no records available to consult to find members of the organisations mentioned here, so details of many other villagers’ contributions to the War effort remain to be discovered.  The 1939 Register was the only source used with mention of some residents joining organisations at the very start of the War and most other details are from local verbal sources.  If other information is forthcoming, this article will be updated.   As there were approaching 300 adult villagers in 1939, more information is bound to be out there.