At the time that the Aldington Enclosure Map was drawn in 1807, the road was known as Littleton Turnpike Road.  By the time of the 1939 register it had become known as Offenham Road.  The road is so-called because it is the road to Offenham.

Whilst there are a number of houses with a postal address of Offenham Road, as at the time of the 2008 photo survey, there were just three houses in the parish of Aldington, the rest being in Evesham.  The three houses were:  Aldington Lodge (built in 1858), Southbank and Upper Dene (built in the 1860s-1870s).  Since then, Aldington Lodge has been demolished and a new housing development called Lodge Park Drive is located there, with roads leading off called Turnpike Drive and Offenham View.  Southbank, which once operated as Aldington Fruit Farm, is now surrounded by a modern housing development called Sunset Way and its address has changed to Sunset Way.  Upper Dene has had its original drive cut in two by the Evesham Bypass and its official address is now Evesham Bypass.  As at 2021, there are no houses in Aldington with an address of Offenham Road. 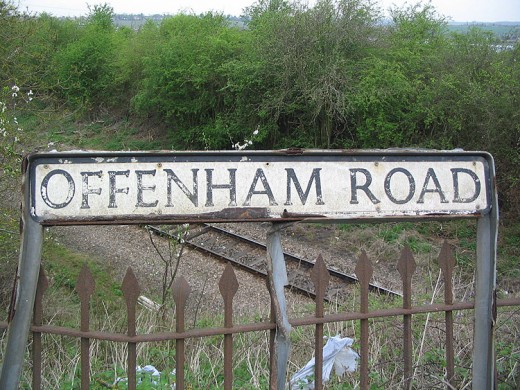 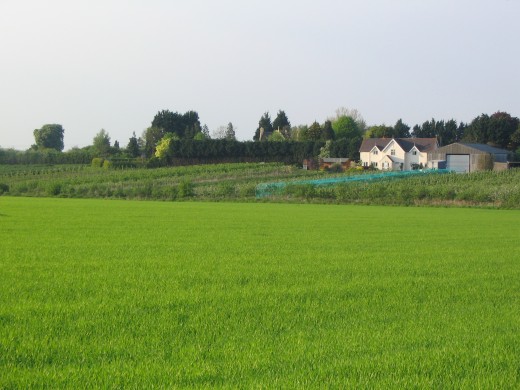